A massive hybrid fish sets the state record for the species, and possible IGFA world record...and it was caught on a nightcrawler 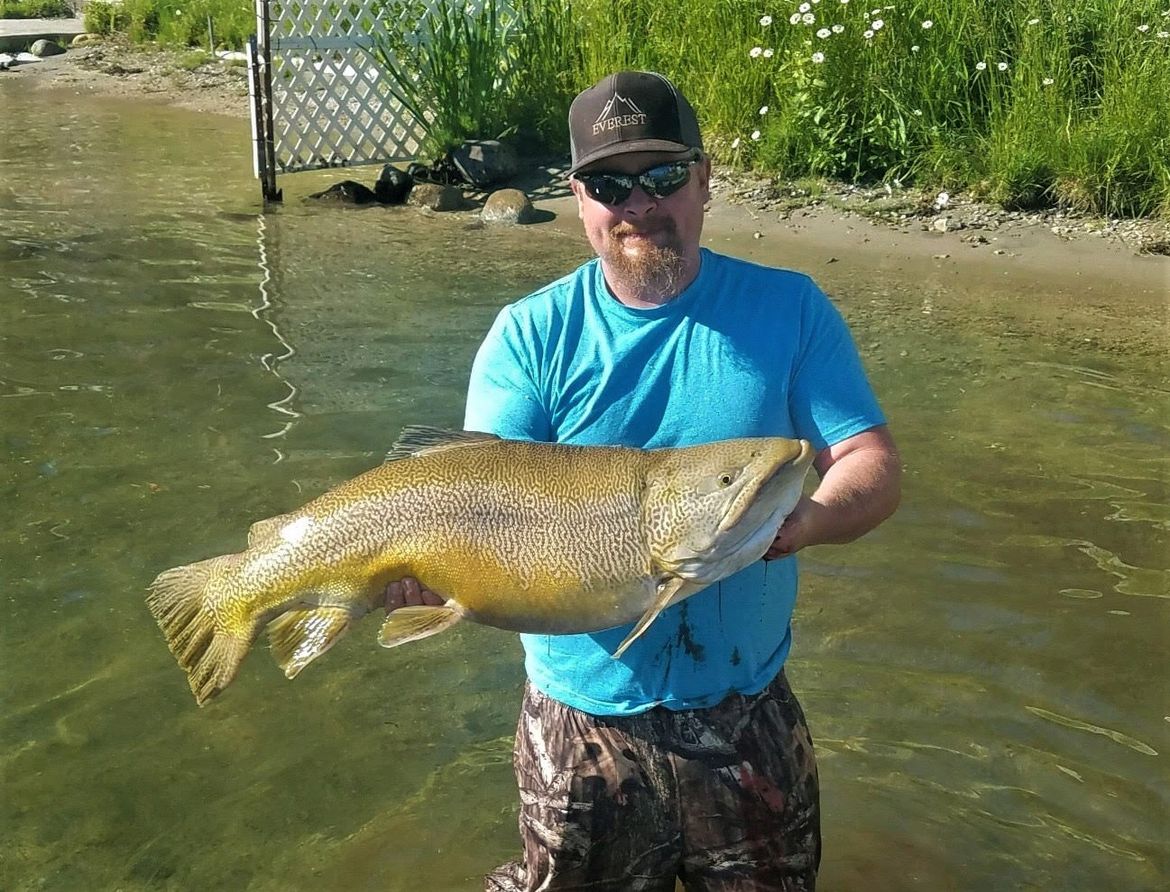 An enormous 24.49-pound tiger trout was caught June 26 by angler Caylun Peterson from Loon Lake, Washington, located about 30 miles north of Spokane, according to the Washington Department of Fish and Wildlife (WDFW).

The heavyweight fish shatters the previous state record by 6 pounds, according to Bruce Baker, a WDFW inland fish biologist.

Peterson has fished Loon Lake since he was a youngster and was targeting tiger trout, a favorite for him because they fight hard and are good to eat.

Fishing during a cool morning and using a whole nightcrawler for bait with spinning tackle, he knew it was a heavyweight fish as soon as it hit.

“I hooked into that thing and he pulled drag for quite a while before it stopped,” said Peterson.

When Peterson landed the trout he considered releasing it, thinking it would grow bigger in a year or two and would likely be a record fish. But he couldn’t revive the trout, and decided to keep it.

He learned from friends the current state record tiger trout was 18 pounds, which elated Peterson.

“I was ecstatic, I knew this thing was over 18 pounds.” he said.

Peterson was correct. Officials at WDFW’s Spokane office certified the weight at 24.49-pounds, making it the current state record. He will have a taxidermy mount made of the fish.

Peterson’s tiger trout also is a potential IGFA world record for the species, too, since the current all-tackle record is 20-pounds, 13-ounces, caught from Lake Michigan in 1978. The previous Washington tiger trout record was 18.49-pounds, caught by Kelly Flaherty from Bonaparte Lake in Okanogan County on May 6, 2015.

WDFW stocks a variety of fish in Loon Lake, including about 10,000 tiger trout every autumn. Tiger trout are a sterile hybrid fish produced by crossing a brown trout with a brook trout, produced almost exclusively in hatcheries.