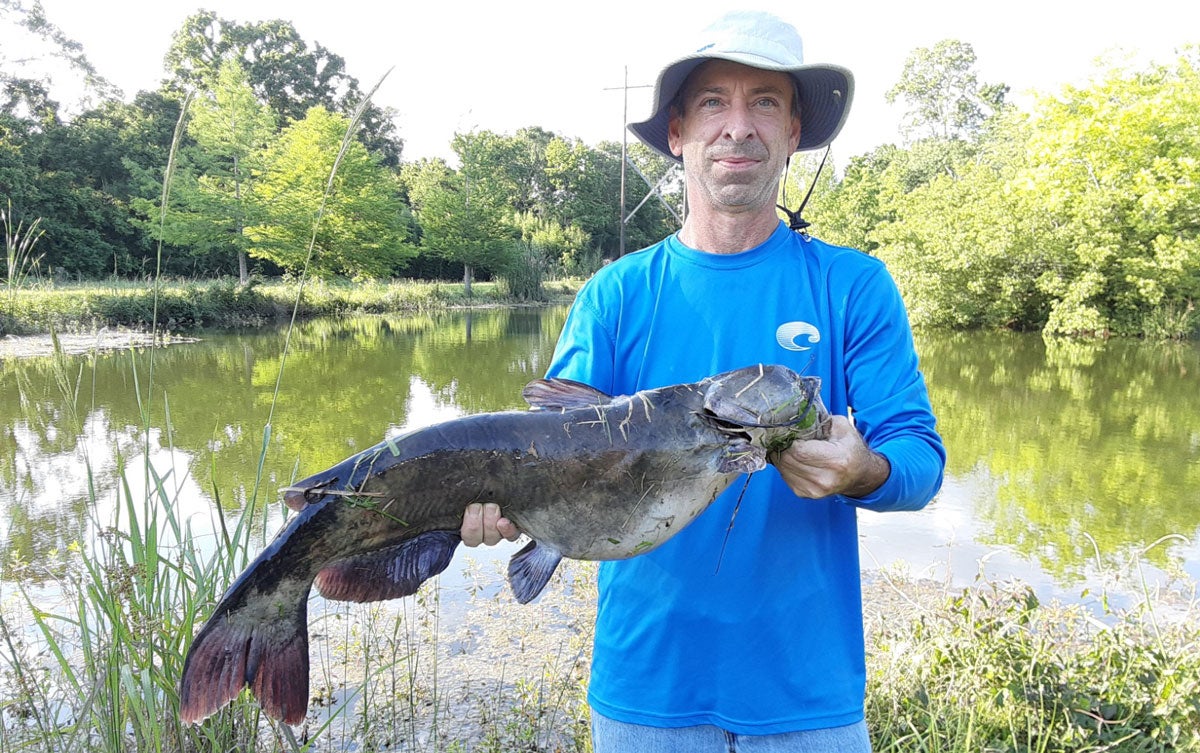 Michael Landreneau was fishing his brother’s private pond near the town of Sunset, Louisiana recently, targeting catfish and bass when he hooked into an enormous black bullhead. According to a report from Louisiana Sportsman, Landreneau was casting lures along a weed edge when he noted a bank rod he’d set out with bait for catfish suddenly started bouncing.

He picked up the rod and after a good tussle he pulled onto shore what he thought was a heavyweight catfish. Except the catfish was a black bullhead, potentially blowing the lid off the current IGFA. Landreneau’s bullhead weighed 11 pounds, 3 ounces, which beats the current world record by more than three pounds.

“My brother (Patrick) had heard a story that somebody had hooked a big catfish and missed it,” said the 47-year old Landreneau from Lafayette. “This was years ago, so I thought, ‘Let’s me see if there are any catfish in [the pond]’.”

Landreneau had tried the same bass-catfish fishing scenario days earlier with lighter bank catfish tackle, but the fish that struck broke his line. So days later he returned fishing the same way, only this time with heavier bank tackle, using a stout circle hook and short wire leader. That did the trick, and Landreneau got his bullhead.

“I was not expecting to catch one (that big), and I wasn’t prepared for it (the first time),” he said.

Landreneau is in contact with IGFA and if certified by the record agency, his black bullhead will best the current record caught in New York in 2015.