More than 1,000 South Carolina hunters received special permits this winter to hunt double-crested cormorants on two lakes in the... 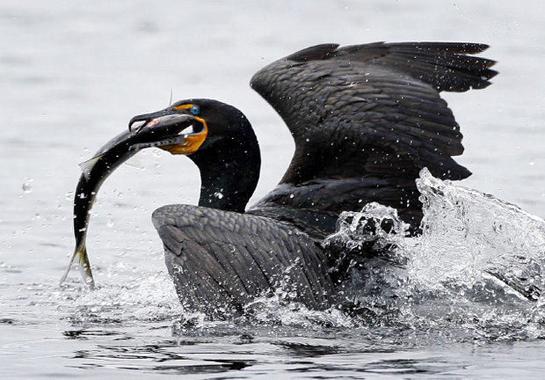 More than 1,000 South Carolina hunters received special permits this winter to hunt double-crested cormorants on two lakes in the east-central part of the state. In the span of just one month, hunters harvested 11,653 of the fish-eating birds. One hunter alone reported killing 278 birds, according to The State newspaper.

In comparison, South Carolina hunters killed more than half that number of cormorants just from Feb. 2 through March 1. State officials were floored by the enthusiastic responses they received from hunters. Nearly 800 people attended the first training session designed to prepare hunters for the special season and 1,225 people eventually received permits. That’s four times the number of permits the state anticipated it would issue.

Despite the positive response from hunters eager to participate, only 40 percent of permit-holders returned the mandatory documents detailing their hunts by the deadline on March 31. Hunters who failed to submit their forms will be ineligible for a second cormorant hunt that may take place next year. Nearly 500 hunters who did submit the necessary information reported spending a total 42,748 hours in the field. That breaks down to an average of 86 hours per hunter and 23.5 cormorants apiece.

The controversial hunt caused outcry at the Audobon Society. “I think DNR got bullied into doing this and didn’t know how to get out of it, and a whole lot of birds died,” Audobon’s South Carolina director Norman Brunswig told the newspaper.

Just one study examined the impact of cormorants on the Santee Cooper lakes, according to The State. The study occurred during a severe drought and found an average of eight fish in the guts of cormorants. Researchers estimated 6,000 cormorants populated the lakes in 2008, but anglers now say that figure is closer to 25,000 birds.

Despite objections from the Audobon Society, a provision in the state’s 2014-2015 budget provides incentive for the DNR to establish another cormorant hunt next year. DNR officials plan to examine hunters’ reports from this past season and make adjustments to the upcoming season. In the meantime, officials from Oregon and Texas have contacted South Carolina officials for details on how the state conducted its hunt.