The Best (and Worst) States for Buying Cheap Hunting Land

Thinking about purchasing a hunting property? Here are four states to consider for their non-resident license, over-the-counter opportunities, and variety of game 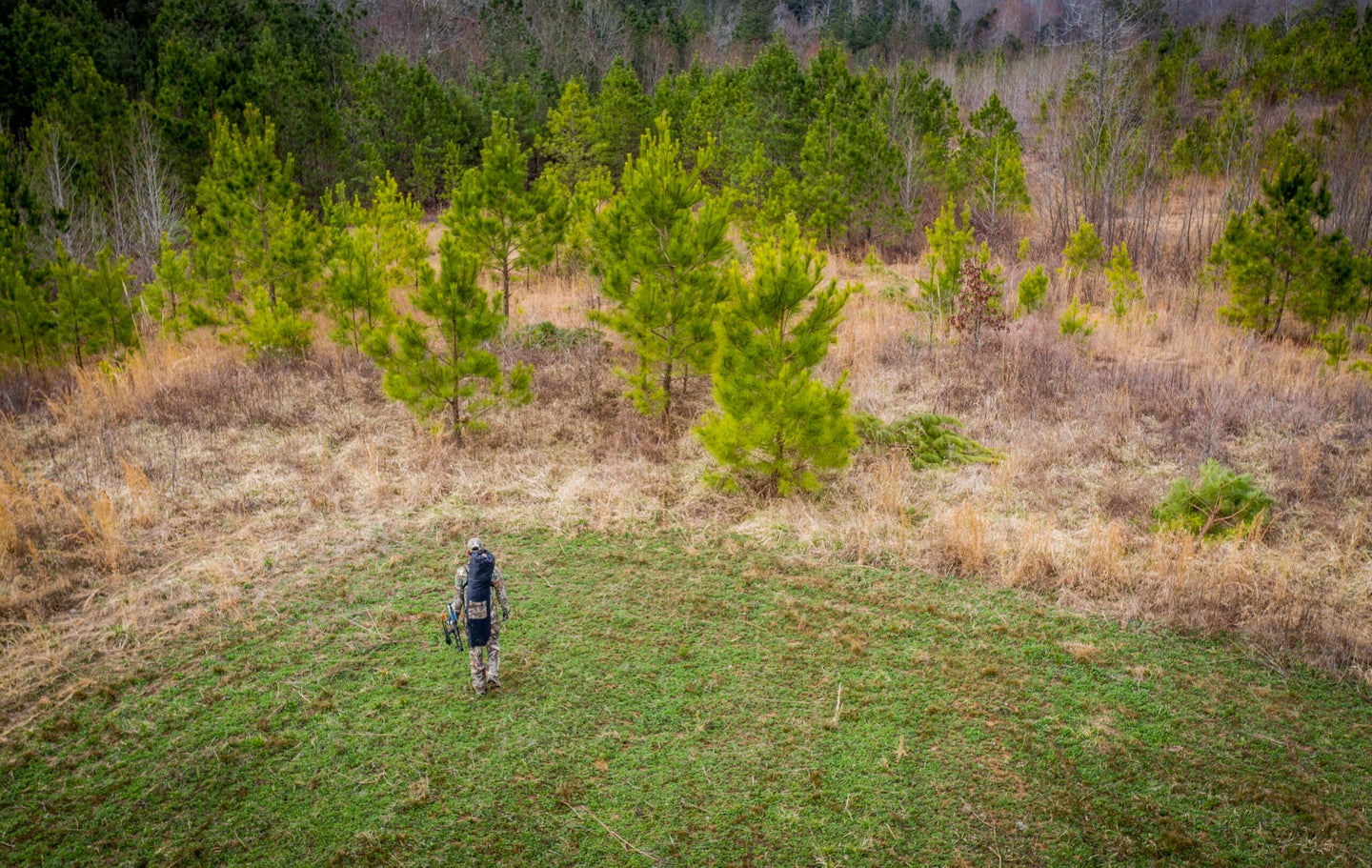 Purchasing a hunting property is an investment, and a smart one if you do your research. Realtree
SHARE

I spend an inordinate amount of time looking at land, researching it, walking it, exploring it, and—best of all—hunting it. Do it long enough and you form some opinions about what makes for “great” land and what makes for “not so great” land. Our task here today is pretty simple. We’re going to identify some of the very best states to buy hunting property. And, of course, we must also identify some states that, if I were planning to spend my hard-earned cash, I would pass on.

The parameters here are also pretty basic. We’re not looking for a place to build a subdivision. We’re not looking to maximize crop yield and identify the richest farmland in the nation. No, we’re after dirt that holds lots of critters of all kinds.

Land is an investment, and a sizeable one at that. Thus, we want to make sure we’re investing wisely and that means we should reasonably expect to have an opportunity to see a return on that investment down the road. In today’s real estate market, that’s no small consideration and it’s certainly one that factors into this list.

The “buy low, sell high” mantra is one to keep in mind, and it does apply to land purchases. That said, you likely won’t be able to buy at a truly “low” level in the current real estate market, as those days are likely long gone. The law of supply and demand has taken care of that. As it’s been said, they’re not making any more land, and there’s a whole lot of folks interested in owning what land already exists.

When looking at an area to buy hunting property, I want to see potential that has not yet been fully discovered. A potential property should also, of course, deliver excellent hunting while also holding its value and then some. I want to be able to hunt that land even if my permanent residence is in another state. Finally, I’m looking at trophy potential and quality of experience.

So, let’s dive in and see where to look…and where not to waste your time.

This pick might surprise some folks who are out of the loop, but it won’t surprise anyone who has spent any time in the state. Let’s start with the hunting. Idaho boasts tremendous opportunities for elk and mule deer. With some of the most beautiful mountain habitats in the nation, that’s no surprise. But Idaho is also one helluva whitetail state in the central and northern regions, and just may be one of the last truly untapped whitetail states remaining. It’s also a fantastic destination for Merriam’s turkeys that love to gobble.

Then we can add in impressive antelope hunting in the southern region, mountain goats, sheep, moose, mountain lions, bears, upland birds…and you have a state that literally offers it all.

There’s a ton of public land available, so you can really expand on your available hunting areas. Tags are generally available over the counter for residents and non-residents, with some draw units and draw species thrown in to keep things interesting.

Toss in world-class trout fishing and some pretty darned good reservoirs for bass, pike, and panfish and you have a solid fishing bonus.

As for the property: A 2015 report by the Bureau of Economic Analysis ranked Idaho 41st in the nation in terms of total land value and cited an average value per acre of about $3,435. That’s not exactly bargain-basement pricing but…that per-acre price is an average that includes some high-dollar farmland that can fetch double or triple that amount per acre.

A quick search of LandWatch.com, a popular consortium of land listings, shows plenty of options in the sub-$3,000/acre range. Again, we’re focused on hunting property and when I look at many of the parcels in that price range, I see acreage that has timber value potential, excellent hunting setups, and the option to access and explore thousands of additional acres in the form of nearby public land.

I also see parcels that need access and some improvements. And that’s where the investment potential comes in. Create a solid access road, install a cabin, start to inventory the caliber of animals available via trail camera, and boom: You’re building serious equity in the property.

I’ve spent a lot of time hunting Nebraska, and it’s high on my list of favorite locations. If you’re on the hunt for hunting land, it should be on your list as well.

Nebraska is classic Midwestern habitat with winding timbered creek bottoms flowing through ribbons of farmland in the south. Head to the north and you run into massive river valleys that are equal parts rugged and rolling. The deer hunting is excellent and the trophy potential is legit. Mule deer are a draw in the western reaches of the state. Turkeys come in three varieties: Merriams’, Rios, and Easterns. The bird hunting is stupid good. If you’re lucky enough to draw, you can even hunt elk.

There’s some excellent fishing to be had, too, including trout in the northeast and rivers, lakes and reservoirs across the state. Waterfowl hunting is overlooked but stellar. Land prices run the gamut but Nebraska is a state where it’s still possible to find truly outstanding hunting land at prices far less than the national average.

Again, we have to consider the potential return on investment and I think Nebraska has it. Top-end whitetail ground is only going to increase in value and Nebraska, while not exactly a sleeper state these days, remains frequently overlooked. Again, trail camera history and success photos will increase the value of a wise property purchase.

Some quick research turned up three property listings that offered more than 125 acres for less than $150,000—and they were solid-looking hunting parcels. That’s a price point that can’t be found in many places.

This is another choice that’s sure to raise eyebrows. But, again, for those who know…they know.

Arkansas is an embarrassment of hunting and fishing riches. While it lacks the diversity of Western state when it comes to big game, it is an outstanding choice for the deer and turkey hunter. There’s a bunch of both in Arkansas, and the trophy potential is definitely there and overlooked, although turkey hunting is admittedly not what it used to be here. Waterfowl hunters already know plenty about this state. It’s a long-standing duck hunting location. Arkansas also has black bear, elk, and alligator seasons.

The real draw is here is the ability to buy substantial acreage for some of the lowest per-acre prices in the region. Again referencing LandWatch, I find 42 properties between 100 and 200 acres for less than $250,000. You can search a lot of states with worse hunting and not find a single 100-acre parcel for sale in the $250,000 range.

Arkansas hunting licenses are incredibly cheap and sold over the counter for most species (not including elk and alligator). A non-resident big game license costs $350 and includes six deer tags and two turkey tags, and it allows you hunt bears as well as all other game species. Residents pay $180 for the same privileges.

Okay, I’m a Michigan resident and I admit that I may be biased. But I’m also pretty objective given that I’ve hunted a whole lot of places and have never been a “homer” when it comes to evaluating Michigan’s hunting potential. Michigan has its challenges.

For starters, we have a ton of deer hunters. Like almost a million of them. That hunting pressure does mean we lack the age structure and herd makeup of less-populated states. That said, there is no shortage of deer here and we’ve got some big ones. The southern reaches of the state are primarily farm country, and that’s where the biggest whitetails are taken. Travel a bit north, however, and you run into fewer people and a little less trophy potential, but still a bunch of deer and turkeys. You’ll also find some of the best trout fishing in the nation, black bears, grouse, waterfowl, and elk (but you’ll need to draw a tag and that’s no easy task).

The wild card here is the fact that we have some of the finest freshwater fishing on the planet. The Great Lakes offer the planet’s best smallmouth fishing (yep, I said it), as well as salmon and walleyes. Inland lakes are literally everywhere and offer just about every variety of freshwater fish you could want to catch.

And let’s talk about a return on your investmen. Michigan is a state of hunters. I can not foresee a time when hunting land won’t be in demand. There are still areas of the state offering per-acre prices below $2,000, with some areas well below that. The central and northern Lower Peninsula still have some bargain-priced options available. I’m not sure that will be the case in another 10 years, especially considering Michigan will be relatively insulated from climate change in another 100 years.

Yes, Illinois is a storied whitetail destination. And it’s exactly that reputation that lands it atop the “do-not-buy” list. Make no mistake, there are still some outstanding whitetail parcels in the state. They are priced at an ultra-premium and likely surrounded by other parcels that were bought with the sole intent of hunting them. Hunting pressure is high and overall trophy quality has dipped as a result. If you’re looking for a world-class whitetail setup, Illinois has them—but you will absolutely pay top dollar for them.

Read Next: How to Find a Last-Minute Affordable Deer Lease

Illinois’ non-resident tags are pricey, which will make it tough for friends and family to hunt with you, but nonresident landowners do get a price break ($210) and you have to apply for tags.

The price of Illinois land has been on a steady rise and will likely continue to increase. So yes, there should be a return on your investment. But if you’re looking for a place to buy land, you’ll need a big checkbook to play the game in Illinois.1

Now, I want to make something clear: I dream of hunting whitetails in Iowa. Daily. If I could hunt Iowa every fall, I would without hesitation. But I don’t live in Iowa. Thus I must wait four or five years to draw a non-resident bow license. And that’s a primary reason why Iowa makes the “worst” list. Even landowners must play the lottery game if they don’t live in Iowa to hunt their own land.

That means you can shell out serious money for land, and you will—Iowa has some of the highest per-acre prices in the nation for hunting land and farmland. And you can hunt deer on it only when you draw which, depending on what unit you own land in, could be once every 3 to 5 years.

If you’re a multi-species hunter, Iowa gets dinged there as well. Iowa does have outstanding deer, turkey, and pheasant hunting but lacks the diversity of other states. For those hunters who are interested only in giant whitetails, that may well be an acceptable tradeoff. But given the tag situation, the overall per-acre price, and the attention the state has gotten for its deer hunting, Iowa is an unfortunate pass for me.