Does a Solar Oven Really Work?

The concept of a solar oven seems reasonable enough; and I think we have all seen the results of this... 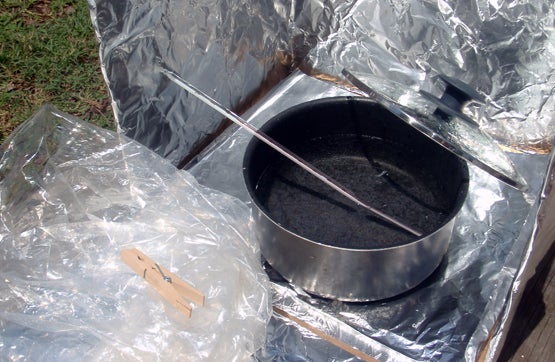 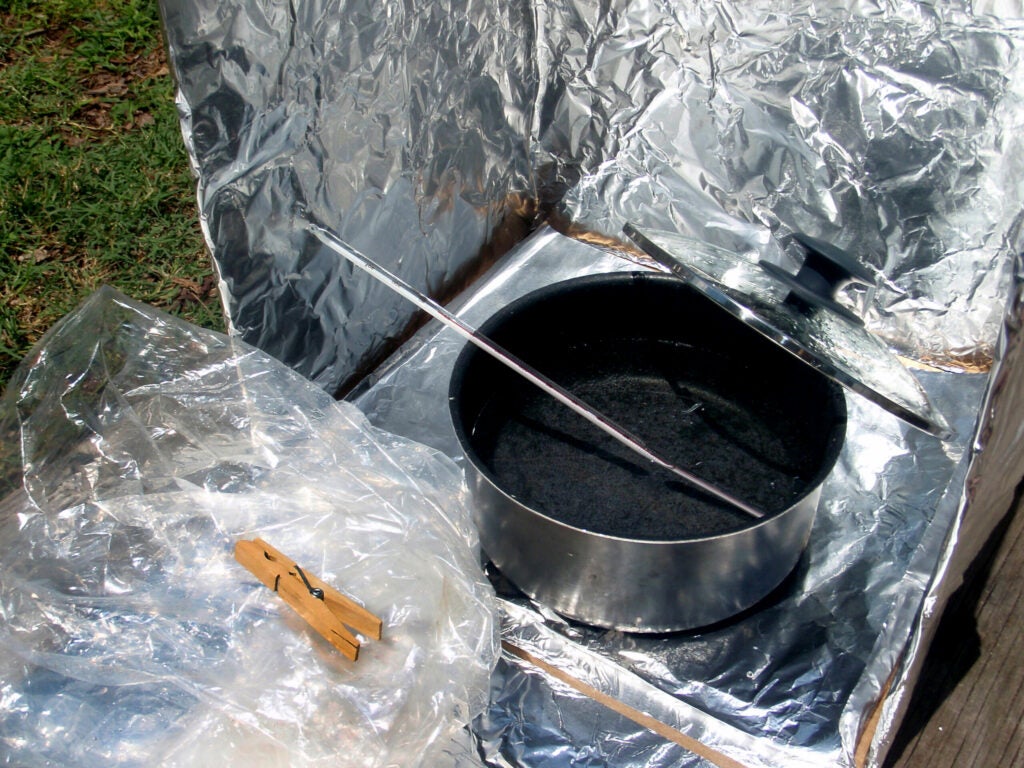 The concept of a solar oven seems reasonable enough; and I think we have all seen the results of this form of heat collection. Remember the last time you left a drink or a candy bar in your vehicle on a hot, sunny day? The soda became scalding hot and your Snickers bar turned into a chocolate and peanut milkshake.

The reason for this transformation is simple: If we combine a contained airspace (like a vehicle) and a radiant heat source (like the sun) then we can reach temperatures that will slow-cook food and even pasteurize water. This simple technology has been around for many years. There are even some non-profit organizations that build and distribute small solar ovens to the people of poorer countries to improve these people’s safety and quality of life.

Again, this all sounds good, but I wanted to see if I could really build a functional solar oven from household materials. I also wanted to see what kind of temperatures I could reach on a sunny day in June in the Mid-Atlantic region.

To get started, we need a black cooking pot, a clear lid for the pot, some aluminum foil, a roll of tape, a cardboard box, a knife or scissors to cut the box, a clear turkey cooking bag and a clothes pin to close the bag. The heart of the operation is the black pot, which absorbs the heat from sunlight reflected by the aluminum foil while sitting inside the heat resistant bag and taking advantage of the “greenhouse” effect.

To build it, I left the top open on my cardboard box and cut one side wall so that it could drop down. Next, I taped aluminum foil on the interior of the entire cardboard box. This whole box cutting and foil wrapping part took about 10 minutes. I then placed the black pot containing one quart of water inside the turkey bag, closing the bag with the clothespin and aiming the box’s opening toward the sun. Our test day was sunny with an air temp of 70 Fahrenheit at the beginning of the test at 10:00 am. The water in the pot had a temp of 60 F right out of the tap. I waited 30 minutes and opened the bag, finding the air inside hot. It was a shock to dip my finger in the water and find it at bath-water temperate in just half an hour. The thermometer confirmed that the water had reached 104 F, a jump in temperature of more than 40 degrees in just 30 minutes. I was eager to see what happened next.

Over the following hours, I observed:

So between 11:30 and 12:30, we sustained temperatures over 159 F, which is more than enough heat and time to kill all-water borne pathogens.

At 1:00 p.m. the water reached 178 F, where it topped out. That’s great, but I wanted to push further. I wanted a boil. So I grabbed a 16×22-inch dresser mirror from the house and positioned it to redirect more light into the solar oven.

After another hour, I still didn’t get a boil and the water only topped out at 179 F. Still, that’s not bad for a cardboard box, some tape, foil and a turkey cooking bag. My conclusion is that solar ovens are legitimate, easy to build and surprisingly fun. They can also help a lot of people in the world.

If you’d like to learn more about solar ovens, and maybe help those less fortunate, visit www.aidforafrica.org.