How to Eat Roadkill

As autumn draws nearer, and many game animals begin their fall pattern of feeding and movement, you’ll naturally start to... 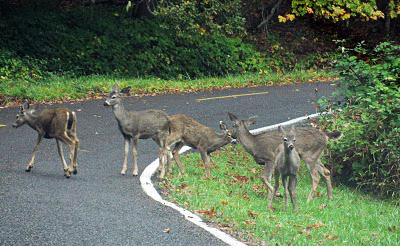 As autumn draws nearer, and many game animals begin their fall pattern of feeding and movement, you’ll naturally start to see a lot more roadkill on local highways and byways.

Why not utilize these unfortunate creatures and bring home some food, fur, feathers, and craft materials, rather than leaving them to rot?

Check Your Local Laws And Regs
Before you start scooping up every dead animal you see on the side of the road, contact your local game agency to learn all of the laws, rules, and regulations surrounding roadkill recovery in your area. You’ll probably need to take the animal directly to a game check station, although some places require that you visit the station before recovering the animal.

Make Sure It’s Dead
Numerous movies have featured gags about roadkill “waking up” while on a car ride somewhere. Whether you sling a carcass into your trunk or your truck bed, make sure it’s dead before you handle it. I’m a fan of giving an eye a poke with a long stick. If there’s life left in the beast, the eye will blink, twitch or otherwise respond to the invasive twig. If the eye poke reveals no life, then I’ll check for breathing. If that appears to be absent, then I grab the critter.

If the weather is cool or cold, and the animal is still warm, then you obviously have a fresh kill. If the animal’s legs aren’t stiff yet, and/or the blood is still bright red, and/or the eyes aren’t “milky,” it’s most likely fresh. However, if the critter looks bloated and the hair, fur, or feathers come out in big clumps when you tug at it, leave the animal where it lies. Few things smell nastier than the gasses coming out of a rotten animal.
**
Work Quickly**
Most of the road kills that I have scooped up over the years have been a mess internally. Work quickly to field dress the animal, getting the guts out quickly and pulling the hide off, too. Meat that is bruised or damaged will spoil the surrounding tissue, so the faster you get the bad stuff removed, the better quality the meat will be. Just be careful as you work quickly, since broken bones are to be expected in roadkill. A sharp fragment can easily cut or stab you.

Tell us about your best or most interesting roadkill find in the comments.