Survival Skills: The Pros and Cons of Splitting Matches

How many times have you run out of matches and wished you had just one or two more? If you... 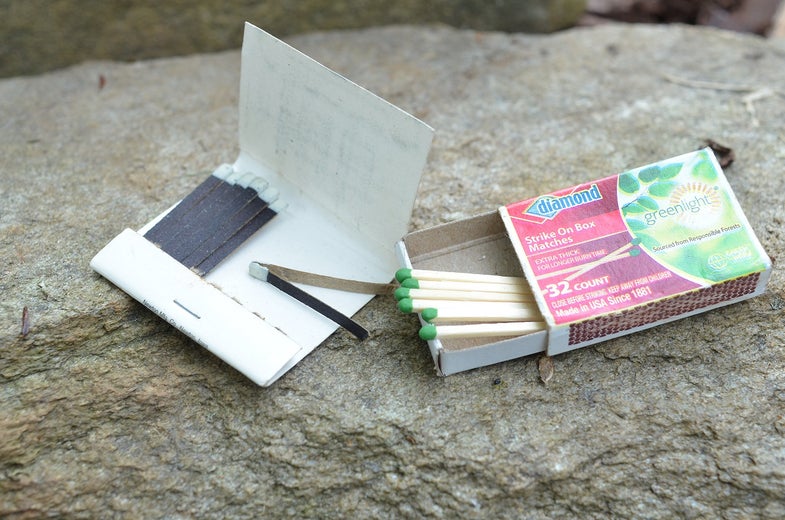 How many times have you run out of matches and wished you had just one or two more? If you take the time to split your matches in half before you need them, you can double your supply. Is doing so always a good idea? Probably not. But first, let’s look at how to properly split a match.

The paper book match is the easiest to split. Rip one free from its book and gently peel the paper stick in half, starting at the torn end of the match. Make sure the split gives you equal paper on each side. When your split reaches the chemical head, it should pop into two pieces. These half matches only have half the burn time of a regular paper match, but if you strike them carefully, each will work well enough and be capable of lighting dry, fluffy tinder ablaze.

When it comes to stick matches, you probably shouldn’t bother with the small ones, as they usually break; but large kitchen matches can be split with a razor blade or sharp knife. Pierce the wooden stick just below the chemical head on the match. Rock the blade a little and shear the matchstick in half. The chemical head should pop in two as the stick does. There are stories of desperate folks splitting large stick matches into SIX useable pieces. I don’t doubt these stories, but settle for cutting them in half before you try sixths. And before you split every match you own, consider the pros and cons of this practice.

• The biggest benefit to this skill is multiplying your fire-starting opportunities. Not every split match will work, but the net result is the chance for more fires than you had before.

• This trick divides resources. Let’s say you and your partner need to split up in an emergency (bad idea, but good for the sake of explanation). You could split a few matches, keep a few whole, divvy them up, and tear a striker strip off each side of the box. Now you both have multiple chances to make fire. Just be sure to store these precious commodities in a waterproof bag or container.

• The primary problem with match splitting is that you can damage the matches. If the chemical head breaks off, you won’t be able to use that match at all and you’ve gone from one to none.

• Split matches are more vulnerable to the wind.

• Match splitting is unpredictable. Depending on your skill with small tasks and the quality of the matches, you could ruin a lot of matches before you get it right. And some matches just don’t split very well. Wooden match sticks that are cut with a crooked grain are very hard to split.

• Split matches have a quick burn time, generally less than half of the original match’s burn time.

What’s your take on the intensely divisive practice of match splitting? Yay or nay? State your case in the comments. 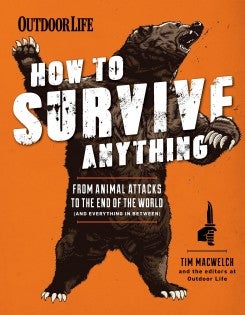 To read more from Tim MacWelch, follow him on Twitter (@TimMacWelch) and purchase his survival manuals, including the latest: How to Survive Anything