The 19-pound, 5-ounce burbot bests the current state record by over a pound 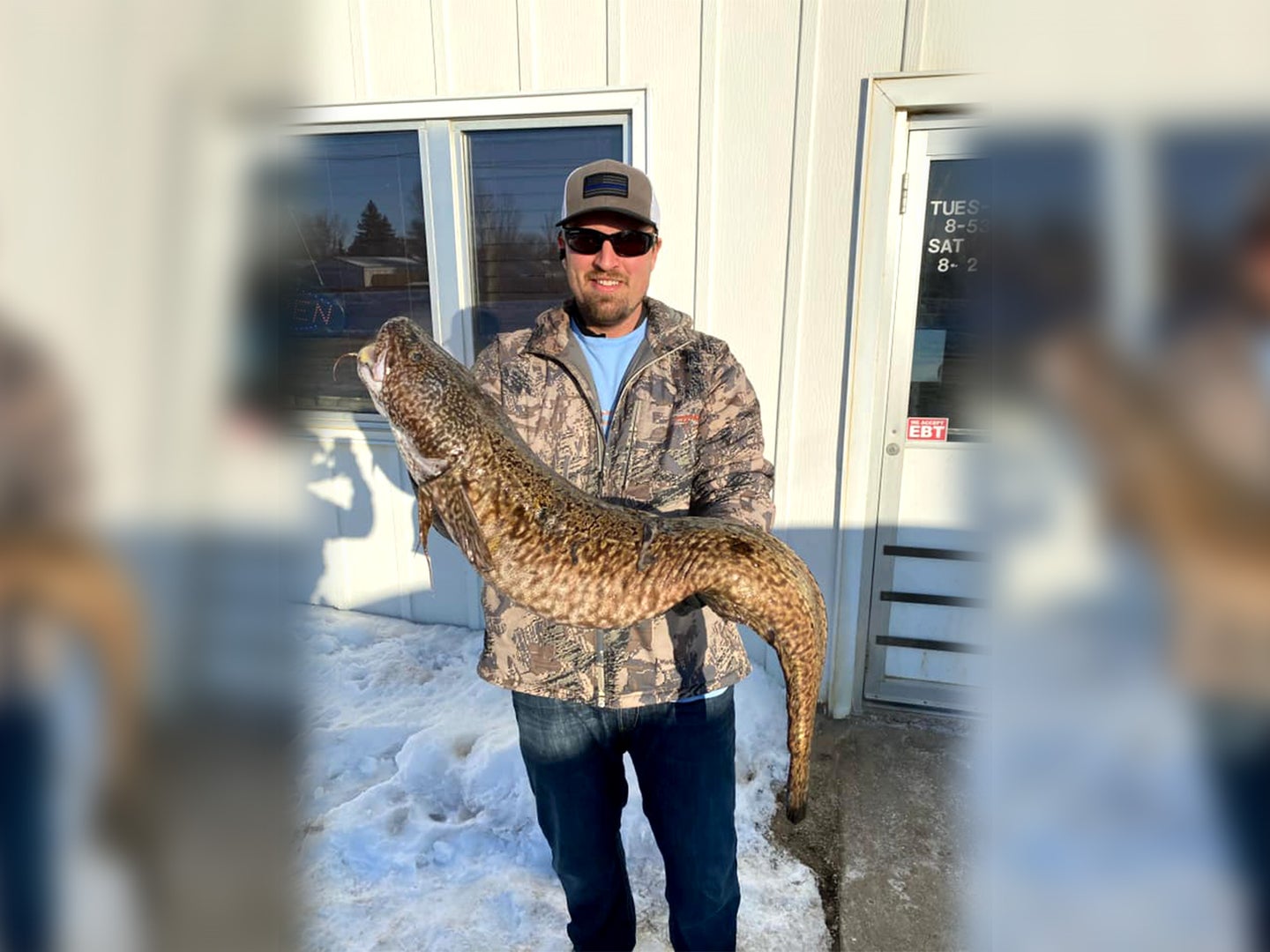 Shane Johnson and his buddy Brandon Gullickson braved the bitter North Dakota cold on Jan. 3 and went night fishing on the Missouri River below Garrison Dam. The two anglers from Minot only had one strike that night, but Johnson made the most of it by landing a new state-record burbot.

“What started out as a downright cold miserable foggy night ended up as a night I’ll never forget with my good buddy Brandon Gullickson,” Johnson wrote in a Facebook post on Jan. 4. “I only had one bite all night long. It turned out to be the ND State Record Burbot!”

Johnson added that he had met with an official from the North Dakota Game and Fish Department earlier that day. They placed the 41 3/4-inch fish on a certified scale, where it weighed 19 pounds 5 ounces. The state has since received all of Johnson’s paperwork, and his record burbot should receive official certification soon. Johnson’s fish tops the current state record of 18 pounds 4 ounces, which was caught from the Knife River in 1984 by Orland Kruckenberg.

According to the Duluth News Tribune, Johnson was jigging in 10 to 20 feet of water near a wing wall below Garrison Dam when he hooked the fish. The tailrace stretch of the Missouri below Lake Sakakawea is a popular winter spot for anglers in the area to catch burbot, which are prized for their value at the dinner table. Their flaky, white meat is considered a delicacy that tastes similar to lobster when cooked.

Also known as “ling”, burbot are the only freshwater cod species in North America. They are a deep-dwelling cold water fish, and they typically spawn under the ice during mid-winter. Burbot are found worldwide in northern latitudes, and their range also includes Ireland, Norway, British Columbia, and Nova Scotia.

North Dakota fisheries head Greg Power told the News Tribune that he thinks Johnson’s catch will hold up as a state record. The IGFA All-Tackle world record for the species weighed 25 pounds 2 ounces. It was caught in March 2010 from Lake Diefenbaker in Saskatchewan.