Army Corps Denies Permitting for Alaska’s Pebble Mine, Possibly Bringing an End to the Controversial Project

This decision is good news for hunters, anglers, and the commercial fishing community, but Bristol Bay still needs permanent protections 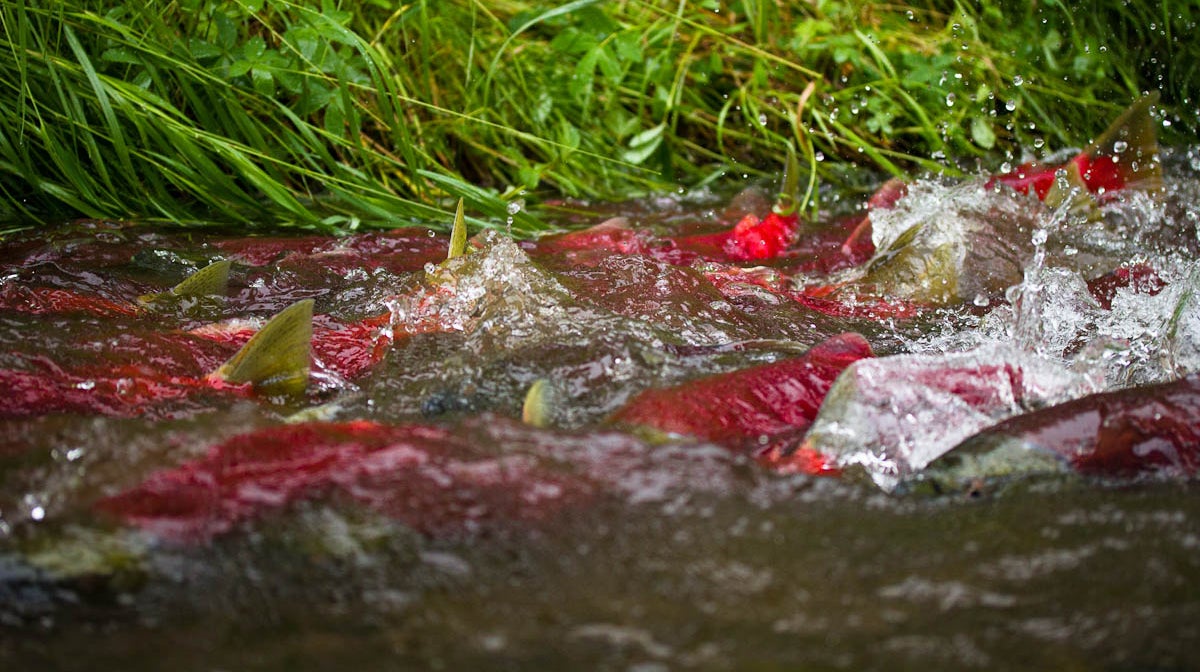 On Wednesday the U.S. Army Corps of Engineers announced its rejection of the Pebble Limited Partnership’s permit application to develop a copper-molybdenum-gold mine in southwest Alaska. The proposed project would have been located 200 miles southwest of Anchorage, near the headwaters of the world-renowned Bristol Bay salmon fishery. There has been a long-fought battle over the proposed mine, with both sport anglers and commercial fisherman opposing the project.

From the Army Corps of Engineers statement: This decision on the proposed Pebble Project culminates a review process that lasted nearly three years and involved the development of an environmental impact statement. That assessment included an in-depth analysis of project alternatives along with an examination of supplemental technical information provided by cooperating agencies and the public. In its record of decision, USACE determined that the applicant’s plan for the discharge of fill material does not comply with Clean Water Act guidelines and concluded that the proposed project is contrary to the public interest.

This action is based on all available facts and complies with existing laws and regulations. It reflects a regulatory process that is fair, flexible and balanced. USACE is committed to maintaining and restoring the nation’s aquatic resources, while allowing reasonable development.

Earlier this year, key Republicans, including Donald Trump Jr., voiced opposition to the mining project (read all about that here). Conservation groups are applauding the decision whole heartedly.

“The Corps’ denial of the permit for the Pebble Mine is a victory for common sense,” Chris Wood, chief executive of Trout Unlimited said in a press release. “Bristol Bay is the wrong place for industrial scale mining, and we look forward to working with the people of the Bristol Bay region, Alaska’s Congressional delegation, the state, and other partners to permanently protect Bristol Bay and its world class fisheries.”

“Sometimes a project is so bad, so indefensible, that the politics fall to the wayside and we get the right decision,” Tim Bristol, executive director of SalmonState, said in a press release. “That is what happened today. But denial of a permit does not mean Bristol Bay is safe from the threat of the Pebble Mine. The critical next step is to reestablish the Clean Water Act protections for America’s greatest salmon fishery—protections that should have never been done away with in the first place. This can and should be an early priority for the Biden Administration.”

With this decision, the Pebble Limited Partnership could still revise its mine proposal and reapply for a permit, though it’s unclear if it will. What Tim Bristol is calling for is for the president to direct the Environmental Protection Agency to invoke the 404(c) clause of the Clean Water Act. This would permanently declare Bristol Bay off-limits to the proposed mine. The process takes 6 to 7 months to complete. Sources close to President Trump suspected he might veto the project back in August ahead of the election; however, that didn’t happen.

Under the Obama administration, the EPA had nearly completed the 404(c) process when the Pebble Partnership sued. The Trump administration settled the lawsuit, and agreed to review the 404(c). When current EPA administrator Andrew Wheeler took over the agency in 2018, he overturned the veto, paving the way for the mine. Trout Unlimited sued the Trump administration over that decision, a lawsuit which is ongoing in the 9th Circuit Court. If TU prevails in court, Bristol Bay could see much longer-lasting protections under 404(c).

The other avenue for protecting Bristol Bay is through Congress.

“If we really want to put this threat to bed once and for all, Congress is likely going to have to get involved,” says Austin Williams, TU’s Alaska director of law and policy.

For now, the commercial fishermen who rely on salmon and the outdoorsmen and women who hunt in the Bristol Bay region—or dream of making the trip someday—can rest a little easier.

“Bristol Bay would become a desolate place without salmon,” Melanie Brown, a Yup’ik and Inupiat commercial fisherwoman told us in July. “Salmon don’t just nourish the people; they nourish the land. It’s sad to think that could be disrupted. The disappearance of salmon has happened all over the world. My hope is our collective consciousness can keep projects like Pebble from destroying places like Bristol Bay.”