These 8 Aquatic Invasive Species are Threatening Fisheries Across the U.S.

From Zebra Mussels to Snake Heads, these are some of the worst aquatic invaders in the country 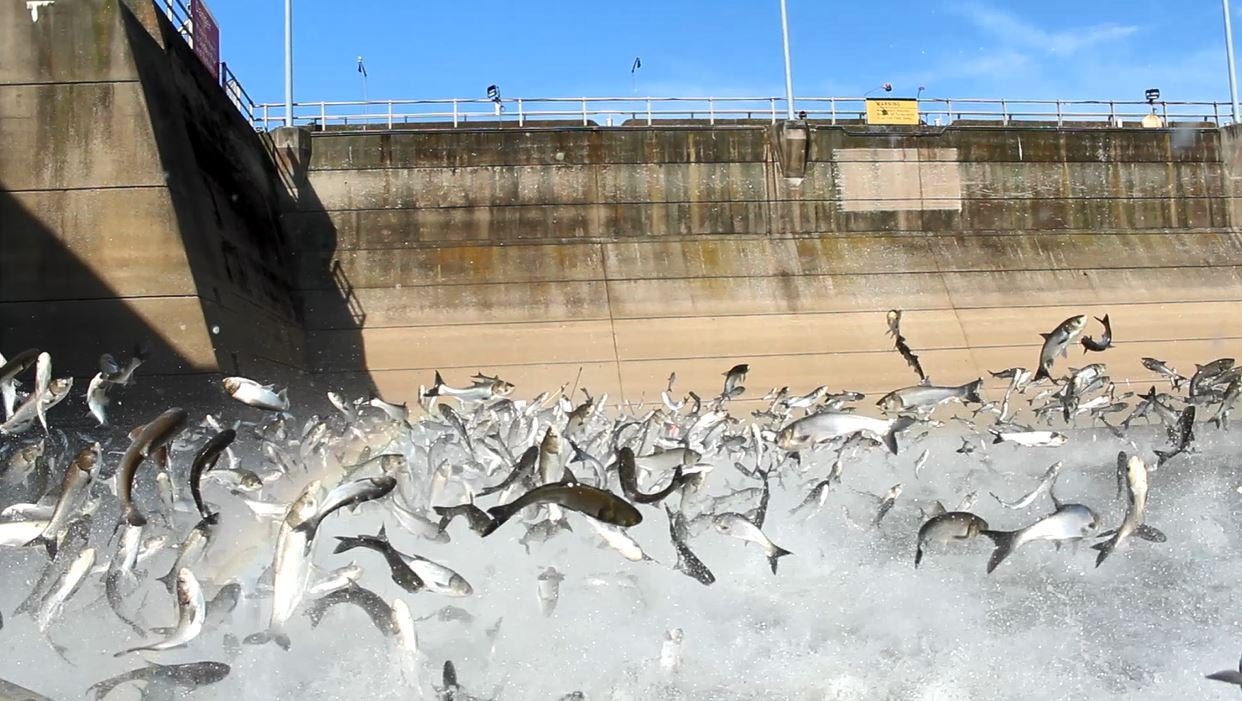 In the aquatic world, there’s always another bad actor coming down the pike. Whether animal or vegetable, exotic species show up once in a while from who-knows-where and imperil fisheries to varying degrees. And when one aquatic threat appears to be under control or on the wane, a new hazard looms on the horizon. Such is the case with the 3,700 live mitten crabs seized by customs agents at the Cincinnati airport Jan. 23, 2020. These tourists were shipped in batches from locales in China and Hong Kong and the boxes they came in were marked as containing tools or clothing.

Mitten crabs, so-named because their claws have a fur-like growth that resemble mittens, are considered a delicacy in China. The shipment that got sidetracked at the Cincinnati airport was worth several thousand yuan, which is a lot of greenbacks. In China, a live mitten crab (about the size of one of our native adult blue crabs that’s on a diet) can be purchased in fish markets or from vending machines at the equivalent of $2 to $7 a pop. In the off-season, some folks pay up to $50 to satisfy their craving for a mitten crab. Presumably, the crabs that wound up at the Cincinnati airport were bound for cooking pots somewhere in the states. That being the case, probably none were going to have the chance to escape into the American wilds… but still.

It might have been cheaper for the intended recipient of the jet-set crabs to buy them here from the mitten crab black market, presuming there is one. They were first detected in the Great Lakes region in 1965. Since then they’ve spread to East Coast and West Coast rivers and estuaries, which is understandable because in China they’re partial to coastal areas. The crabs also have been found in the Mississippi River delta. The omnivorous mitten crabs eat pretty much anything, including crabs smaller than them, and tend to move on to the next buffet station when they overgraze a spot. They’re considered invasive because they typically get the best of any native species they share the water with. Still, as threats to the environment go, these slow-spreading critters aren’t exactly in the same league as Asian carp.

As noted, Asian carp, especially the silver and bighead varieties, are the latest headline grabbers and likely the biggest menace of all. They’ve got a pretty scary posse backing them up, however. From tiny mussels that collectively pack a wallop, to mudbugs that displace or devour native species, fishery managers around the country are being confronted by lurking catastrophes waiting to happen in the nation’s waterways. Usually, science or circumstances in a particular fishery remedy the problem—but not always.

The following are eight more examples of invasive nuisances that are in the crosshairs of fishery managers. Which is the most dangerous? It depends on what region of the country you call home, and how and where you fish.

Although only about the size and shape of a small almond, these mighty mites have become public enemy number one in some locales where they foul up water treatment equipment, intakes, and marina structures. On the plus side, they filter the water and allow more sunlight to penetrate, which encourages the growth of aquatic vegetation and improved fish habitat. Is the trade-off worth it? Fishery managers don’t think so.

The mollusks share living quarters with Asian carp. They’ve infested the Mississippi, Tennessee, Ohio, and Missouri river drainages as well as the Great Lakes and its tributaries.

Smallmouth bass gobble down gobies, but turnabout being fair play—gobies will eat any fish they can get in their mouths. They also consume large quantities of zebra mussels. In some lakes where zebra mussels were once pervasive, gobies have thinned them out substantially.

Round gobies turned up the Great Lakes beginning in the early 1990s and have since been found in that region’s major rivers and tributaries, as well as the Cayuga Lake in New York. In addition to the aforementioned mussels and juvenile fish, gobies have an appetite for fish eggs and will raid bass beds for snacks.

Any algae whose nickname is “rock snot” has to be one nasty hombre. Didymo most definitely is and, curiously, it flourishes in lakes and rivers where water temperatures are much cooler on average. The blue-ribbon trout waters of the Rocky Mountain states and the smallmouth fisheries of the Pacific Northwest seem to be ground zero for rock snot in the U.S., but colonies have been found in several Eastern rivers, too. Besides rocks, the gooey mess attaches itself to spillway structures and the leaves of aquatic plants, and expands vegetatively. As is the case with Asian carp, this slimy customer feeds on algae and competes with juvenile fish and insects for food.

Didymo can be spread by contaminated fishing gear and also by anglers who use waders to fish different streams. Consequently, a few states (Alaska, Maryland, Missouri, Nebraska, Rhode Island, and South Dakota as of this writing), plus Yellowstone National Park have banned felt-bottomed wading boots from their waterways. Another half-dozen states are considering similar bans.

This floating water weed is like water hyacinth on steroids. It showed up in a few Southern lakes just before the turn of the century and hardly anyone paid attention to it until it started covering up entire coves and bays. The noxious vegetation reproduces by fragmentation and a colony can almost double itself in size in a week. Giant Salvinia effectively reduces the size of a fishery by robbing the water below it of dissolved oxygen and turning it into a wasteland where nothing can live. A type of South American weevil has been used successfully in some waters to eradicate Salvinia, but it takes a lot of bugs to make a dent.

Giant Salvinia is found in all the South’s coastal states, plus California. It’s causing big problems in Texas.

Out of the gate a couple of decades ago, these fish appeared to be the greatest threat to bass since the invention of the plastic worm. Though these gluttonous meat-eaters of the Channidae family still are considered nuisances, they haven’t panned out as being anywhere near the same disaster class as Asian carp. Chesapeake Bay estuaries seem to have the habitat it takes to make a snakehead mecca, and folks in the area have learned to live with them. There’s even a snakehead fishing tournament held there each year.

A widespread plague of snakeheads has yet to materialize. Once in a while somebody catches a snakehead, but these ho-hummers don’t seem to be in any hurry to take over the nation’s waterways. Perhaps some anglers who catch snakeheads mistake them for bowfins, which they closely resemble, and don’t report them. It’s nice to think that wherever northern snakeheads go up against our native-born bowfins, they get their butts kicked.

These aren’t the little guys that creep across your sidewalks and give your tomato plants fits. Forming colonies that can blanket several square feet of bottom in a trout stream, the tiny mollusks vacuum up swaths of algae, an important food for baby fish. Though only about the size of a grain of rice, one female snail can produce more than 100 baby snails at a time. Given the multiplier effect of the promiscuous vermin, the offspring of one female might develop into a colony of 40 million in a single year.

Mudsnails have colonized trout streams in the northern Rockies and in several West Coast rivers and lakes. They also have started showing up in Lakes Erie and Ontario, and in the St. Lawrence River and its feeders. In some streams of the Yellowstone National Park, colonies of up to an estimated 750,000 snails per square meter have been verified. That crunch you feel underfoot as you wade up your favorite trout stream might not be gravel.

About the size of a sardine can, a green crab will eat anything it can find or catch, including other crabs, oysters, and small crustaceans important to the food chain. Like mitten crabs, green crabs are supposedly good to eat. The downside is that despite our best efforts, green crabs haven’t kindled a lot of interest among seafood connoisseurs. Though green crab gumbo fails the test in comparison to, say, a softshell blue crab Po Boy with remoulade sauce, researchers are especially hopeful the market will change.

Green crabs occupy estuaries of the mid-Atlantic and New England states, as well as those of the Pacific Northwest south to northern California.

There’s precious little that a red swamp crawfish won’t eat when it’s hungry, and it’s hungry most of the time. A colony of these critters will eat all the juvenile fish they can pinch—or at least the ones that haven’t starved already because the crawdads also ate the algae and other vittles they depended on. Once they’ve polished off any morsels, the crawfish will migrate overland to the next lake and start the cycle over. As they go, they cause erosion by digging burrows and wreak havoc on any sensitive shoreline plants.

Red swamp crawfish, which are native to waterways from Texas to West Virginia, have northern fisheries managers in a state of high dudgeon. The destructive little squatters are rapidly spreading to waters above the Mason-Dixon Line that are inhabited by more genteel species. Why aren’t they such a big problem in the South? Mainly because there are so many four-legged and two-legged critters there that like to eat them.

Anglers can be their own worst enemies by inadvertently spreading waterborne nuisances such as zebra mussels and didymo with their boats. Though there’s never a foolproof way of guarding against such occurrences, there are a few things you can do after a day fishing that will help: