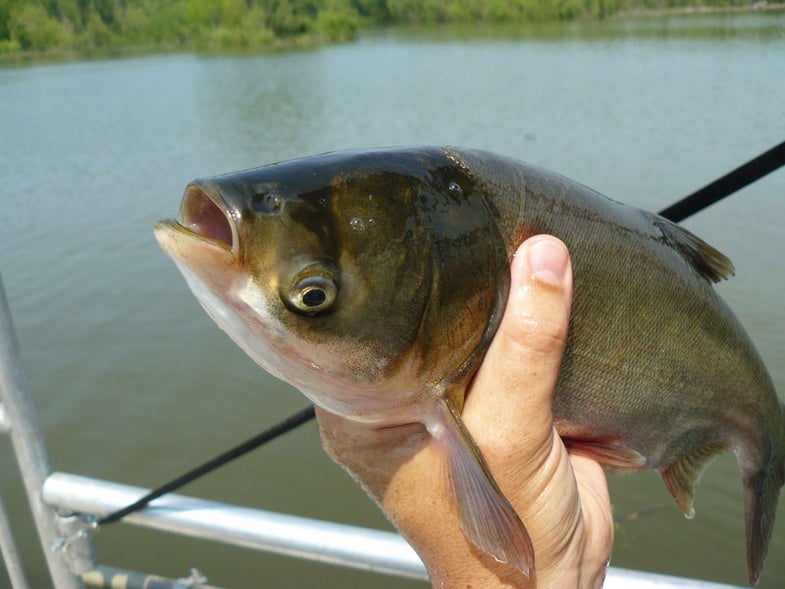 In late December 2021 the governors of eight Great Lakes states sent a letter to Congress requesting full federal funding for the “Brandon Road Lock and Dam Project” that’s designed to thwart the spread of aquatic invasive species, including invasive carp.

According to the National Marine Manufacturer’s Association (NMMA), the governors letter states that “the region’s $7 billion commercial and sport fishing industry and $15 billion recreational boating industry would be devastated if invasive carp were to become established in the Great Lakes and St. Lawrence River.”

Congress approved the Brandon Road project last year and authorized the estimated $858 million it will take to complete. However, the non-federal cost-share of 20 percent is “beyond the capacity of the Great Lakes states to match,” the governors write.

Illinois is the non-federal sponsor, since the project is in Illinois at a chokepoint on the Des Plaines River below the Chicago Area Waterway System.

Michigan and Illinois have signed an agreement whereby Michigan provided $8 million of the approximately $10 million non-federal cost share of the project. The governors’ letter asks for full federal funding for the remainder of the design, construction, engineering and maintenance of the Brandon Road work.

The letter notes that the Brandon Road work is similar to other large-scale projects that have significant impact on the regional and national economy that receive full federal funding.