Since 2016, the Cherokee and Choctaw tribes have bought 200,000 licenses from the state but that may come to a halt at the end of December 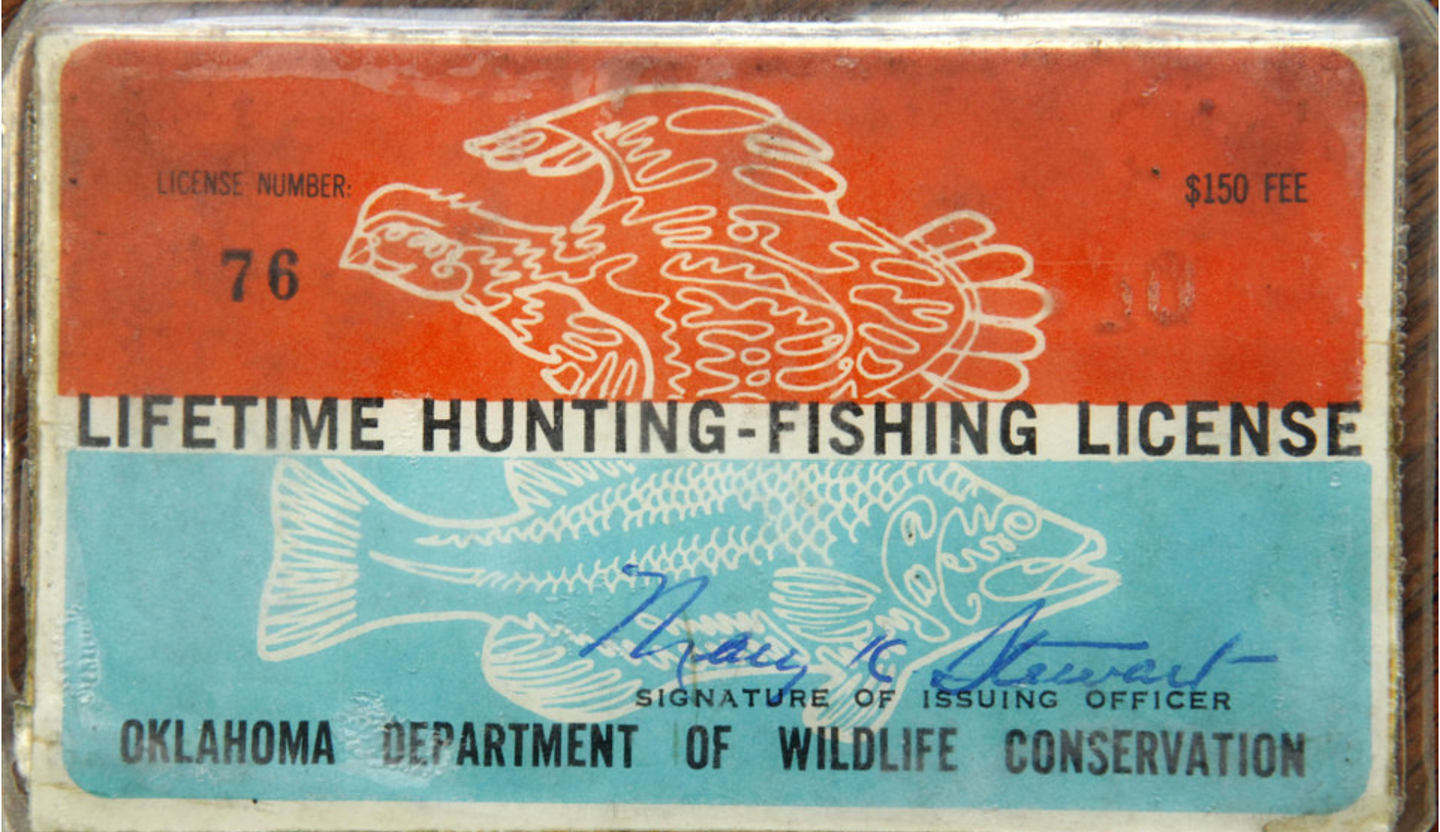 Oklahoma's governor and tribal nations are at odds over hunting rights in the state. Oklahoma Dept. of Wildlife Conservation
SHARE

Oklahoma Gov. Kevin Stitt announced this week that the state will not renew a compact with the Cherokee and Choctaw tribes in which the tribes purchased 200,000 annual hunting and fishing licenses from the state for $2 apiece. The compact ends Dec. 31., according to a report in The Oklahoman. Starting in 2016, the tribes agreed to buy the licenses from the state, which have since accounted for 16 to 18 percent of annual license purchases. The deal also helps Oklahoma qualify for federal conservation funding under the Pittman-Robertson and Dingell-Johnson Acts, which distribute money to states.

But Stitt, who is a Cherokee citizen, says it’s time for the tribes to pay full price like every other Oklahoman does. The tribes disagree, and plan to administer their own licenses, citing that they are sovereign nations, and the state has no legal authority to force any Native American who hunts on tribal land to purchase an Oklahoma license.

“Governor Stitt believes that all Oklahomans should receive equal treatment under the law,” his office said in a statement.

The governor’s office and Oklahoma’s native tribes have been clashing since Stitt attempted to renegotiate gaming compacts in 2019. Tensions continued to rise after a July 2020 U.S. Supreme Court case ruling, McGirt v. Oklahoma, decided that a state did not have jurisdiction over Indian Country, and thus could not legally try a tribal citizen for any alleged crimes that occurred on reservation lands.

Stitt has been outspoken about the McGirt case, because he says it has divided the legal system in Oklahoma since Native Americans who live on reservations do not have to adhere to state laws. The state has asked the Supreme Court to review the McGirt ruling through dozens of filings, and it has continued to put a strain on the relationship between the governor’s office and the tribes.

“The state’s decision to end the hunting and fishing compacts with the Cherokee and Choctaw nations is disappointing especially in that it only hurts the state of Oklahoma, but the true intent is to demean tribal sovereignty,” Muscogee principal chief David Hill said.

Stitt asked the tribes to continue to buy the 200,000 licenses, but at a much higher rate—$42, the price Oklahoma residents must pay (plus additional tag fees to hunt deer and turkey). But tribal officials say that request was unreasonable, arguing that they’re doing the state a favor by buying licenses at all.

License purchases are tied to some federal grants, and the tribes estimate the compacts have resulted in $38 million in funds for Oklahoma. Without the compacts, some of that federal money could go away, they say.

“The reality is we did not have to pay anything, and that’s the path we are going down,” Choctaw chief Gary Batton said.

If the compact is not renewed, Oklahoma’s Department of Wildlife Conservation, which receives no state tax money, will lose out on a minimum of $400,000 in direct revenue from the tribal license purchases.

“I am not sure why the state has changed its view of this mutually beneficial compact,” Batton wrote in a letter to Stitt. “This is disheartening to hear because I truly thought that you wanted what was best for Oklahoma.”

The Cherokee and Choctaw have said they will not require their citizens to buy hunting licenses to hunt on tribal lands. Both tribes say they will exercise their nation’s treaty rights and allow citizens to hunt according to their own tribal laws starting Jan. 1, 2022.

The Cherokee and Choctaw announced Thursday they will begin enforcing their own game laws on tribal lands in the New Year but said if tribal members hunt or fish outside reservation lands, they must acquire a state license. According to the tribes, the state will have no authority to regulate game or enforce Oklahoma game laws on Cherokee or Choctaw land.

Read Next: Q&A with a Tribal Hunter on Storytelling, Taking Photos of Game, and Hunting Traditions

The state says if Native Americans want to hunt legally on any land, they will have to buy an Oklahoma license. The McGirt ruling would suggest otherwise. The governor’s office has not announced what it will do if the compact expires, and Native Americans hunt on reservation land without a state license.

It’s not unprecedented for Native Americans to be required to obtain a state license while hunting outside the boundaries of a reservation. Many states in the U.S. require Native Americans to hunt, fish, or trap with a license, but those states also typically issue the license free of charge.

“Without a compact, members of the Cherokee and Choctaw nations will need to purchase their licenses directly from the state as all other Oklahomans do, including members of the other 37 Oklahoma tribes,” Charlie Hannema, a spokesman for Stitt wrote in an email.