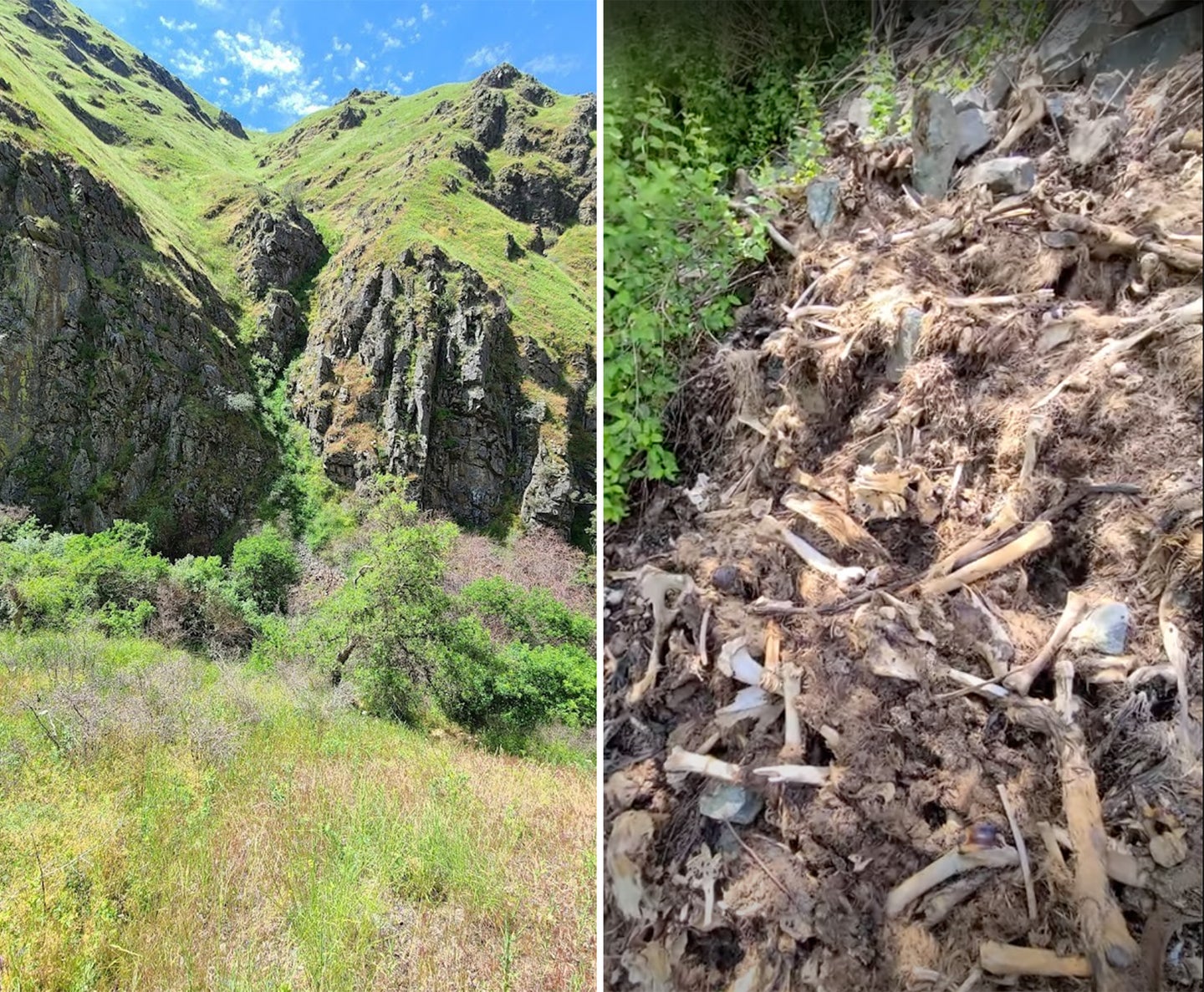 Officials believe the herd of elk must have been side hilling along the ridge line when the animals were caught in a landslide. IDFG
SHARE

Officials with Idaho Fish and Game made a grisly discovery at the base of a steep slope near Lewiston last week. Amidst a pile of rubble and debris, they found what Northwest Sportsman Magazine referred to as an “elk boneyard.” Officials found at least 15 elk heads, along with fur, broken legs, spines, and countless other bones.

“All of this is elk,” says IDFG senior wildlife technician Mark Shepard in a video he filmed of the discovery. “At least 15 heads and four collars found…and a lot of broken legs.”

The collars that Shepard refers to are GPS radio collars that IDFG uses to track and monitor elk. He explained in a press release that the agency had received a mortality signal from one of these radio collared elk earlier this year. The signal came from within Craig Mountain Wildlife Management Area, which is located along the Snake River near Lewiston.

He explained that the elk bones were mixed in with scree material and “boulders up to the size of beach balls,” which led him to believe that the herd of elk must have been side hilling along the ridge line when the animals were caught in a landslide. The slide then apparently carried the elk almost 1,000 feet down a steep, rocky gully.

In addition to all the bones that were found, wildlife technicians came across four radio collars in total. “I’m sure [there was] some scavenging,” Shepard says in the video. “But with so many bones, it’s hard to say which ones go to which collar.”