The Trump Administration Repealed Obama-Era Waters of the U.S. Rule. But Now What? 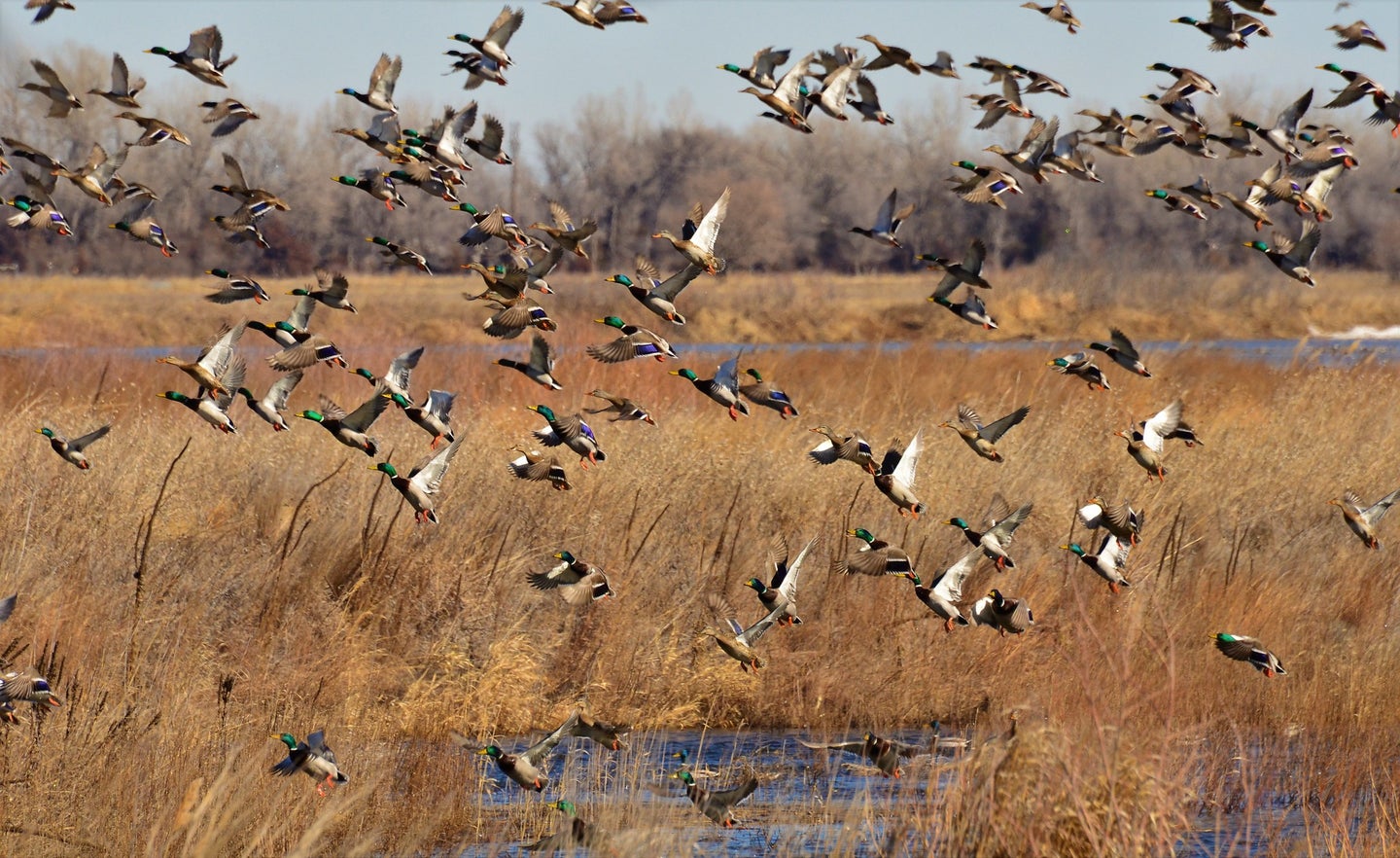 September’s long-anticipated repeal of the 2015 “Waters of the U.S.” (WOTUS) rule may prove to be a preamble compared to the legal and regulatory battle set to erupt this fall and reverberate into 2020 and beyond.

The Trump administration is expected to complete step two in its WOTUS repeal by finalizing its replacement for the Obama Era rule by the end of the year.

Likely to be revised in the new rule are the definitions of:

Since initiating the WOTUS repeal and replacement in 2017, President Donald Trump has directed the U.S. Environmental Protection Agency (EPA) and the U.S. Army Corps of Engineers “to create a new policy to redefine bodies of water and narrow the scope of waterways that previously fell under federal protection during the Obama administration.”

Until a new rule replaces the repealed WOTUS, pre-existing rules, some dating back to the 1980 amendments to the Clean Water Act (CWA), are in vogue. Pre-2015 rules were already in effect in 27 states that successfully blocked WOTUS implementation.

How the new rules re-define the federal regulatory landscape, as well as the landscape itself, leaves much uncertain. But at least three preliminary assessments are concrete:

1) About one-fifth of the 2 million miles of seasonal and intermittent streams, and as many as half the 20 million acres of wetlands, that were federally protected under WOTUS no longer are and are unlikely to be under the replacement rule.

2) The new rule will reduce (perhaps significantly) the number of “CWA-permitted facilities” on headwaters, watersheds, and wetlands down from the 16,000 now under federal oversight.

3) There will be lawsuits—lots of them. Like WOTUS—which was hamstrung in court limiting its implementation to 22 states—the repeal and its replacement rule will engender a host of legal challenges, launching yet another litigative chapter in the complexities posed by water bodies in land-use and land-management regulations.

After collecting more than 1 million public comments, reviewing more than 1,000 peer-reviewed scientific articles, and staging more than 400 public hearings over a four-year span, the Obama administration issued its WOTUS rule in May 2015.

WOTUS expanded the scope of waters protected under the 1972 CWA using a new, broadened definition of the “waters of the United States” that extended federal jurisdiction to waters with a “significant nexus” to other waters.

WOTUS imposed federal regulation to roughly 60 percent of the nation’s waters—to the drinking water for 143 million Americans—by extending it to small bodies of water, including wetlands, headwaters, and seasonal streams.

The Trump administration’s proposed preliminary post-WOTUS rules will attempt to provide “a clearer definition with more predictability in determining if and when a particular water body is subject to federal jurisdiction,” according to the EPA.

The Trump administration’s rationale for the repeal is that the 2015 rule:

The proposed WOTUS-replacement rule “will re-establish consistency” and repair a “patchwork” of regulations brought on by judicial decisions that mired the 2015 Obama-era rule in court, the EPA maintains.

One example: Under the 2015 rule, a wetland was considered a “water of the United States” under the CWA if it was “adjacent” to a tributary or navigable water. “Adjacent” defined as:

Under the Trump administration’s proposed new rule, a wetland will only be federally regulated if it abuts, or “has a direct hydrologic surface connection to another ‘water of the United States,'” and will emphasize “more predictability” in ditching the “significant nexus” criteria for new standards in defining the “high-water marks” and floodplain extents of federal regulation.

During the four years leading to its adoption, and in lawsuits challenging its 2015 implementation, WOTUS was vigorously opposed by heavy industry, agriculture, real estate developers, and property rights advocates, among others.

The opposition was spearheaded by the American Farm Bureau Federation’s ‘Ditch The Rule’ campaign and by pressure from the U.S. Chamber of Commerce, which called the rule a regulatory overreach that affected everyone with water on their property.

The same interests cheered the WOTUS repeal, which they maintain failed to clarify the CWA, was needlessly complex, and accorded great discretion to agency officials without an adequate due process for appealing agency decisions.

Farmers, oil and gas companies, grazers, loggers, and private landowners expect relaxed permitting requirements for the use of pesticides and chemicals, for development, and for various economic uses that would be under state and local control going forward.

“Farmers and ranchers share the goal of ensuring clean water, but [WOTUS] was unreasonable and unworkable,” American Farm Bureau Federation President Zippy Duvall says. “It made conservation more difficult and created huge liabilities for farmers. We are now working to ensure a fair and reasonable substitute that protects our water and our ability to work and care for the land.”

Repeal and replace is also being praised at state and local agricultural interests.

“WOTUS has had a negative impact on North Dakota agriculture, particularly in the prairie pothole region,” North Dakota Grain Growers Association Jeff Mertz says. “It would have hindered farmers’ abilities to make land improvements with water management tools so we’re glad to see it will be repealed.”

Environmental groups, conservation organizations, and outdoors advocates representing hunters, and particularly anglers, opposed the repeal and are preparing challenges to the replacement rule if not changed from preliminary drafts thus far circulated.

“These waters contribute to the drinking water supplies of 117 million Americans, protect communities from flooding, and provide essential fish and wildlife habitat that supports a robust outdoor recreation economy worth $887 billion annually,” stated a public comment submitted to the EPA and signed by nearly 100 organizations.

Citing a 2018 TRCP poll in which 92 percent of respondents wanted the federal government to strengthen or maintain the CWA regulations through WOTUS, and 81 percent said they were willing to pay more in taxes to restore and maintain water quality, TRCP President/CEO Whit Fosburgh says doing away with the 2015 rule threatens drinking water for one in three Americans and essential wildlife habitat.

“Rolling back these protections for wetlands and headwater streams threatens our hunting and fishing traditions and the outdoor economy that powers our communities,” Fosburgh says.

When the rule was adopted, 82 percent of hunters and anglers who responded to a 2015 NWF poll supported WOTUS because it expanded protections for fish and wildlife habitats while enhancing public access.

“No one wants to fish a lake covered in toxic algae, duck hunt in a bulldozed wetland, or pitch a tent next to a creek filled with feces,” O’Mara says in a recent NWF post. “Unfortunately, this administration is working on multiple fronts to rewrite the rules that protect our waters, hoping no one will notice. The collective impact of these changes would be devastating for public health and wildlife across the country—and we will continue to fight to protect America’s waterways every step of the way.”

“This rule will irreparably impact wetlands in America’s duck factory—the prairie pothole region—and threaten the health of riparian habitat critical for big game and 80 percent of all wildlife species,” BHA President/CEO Land Tawney says. “Weakened protections translate to lost access and reduced opportunities for hunting and fishing. Hunters and anglers must not stand for shortsighted policies that compromise the integrity of fish and wildlife habitats that have been safeguarded for decades under the Clean Water Act.”