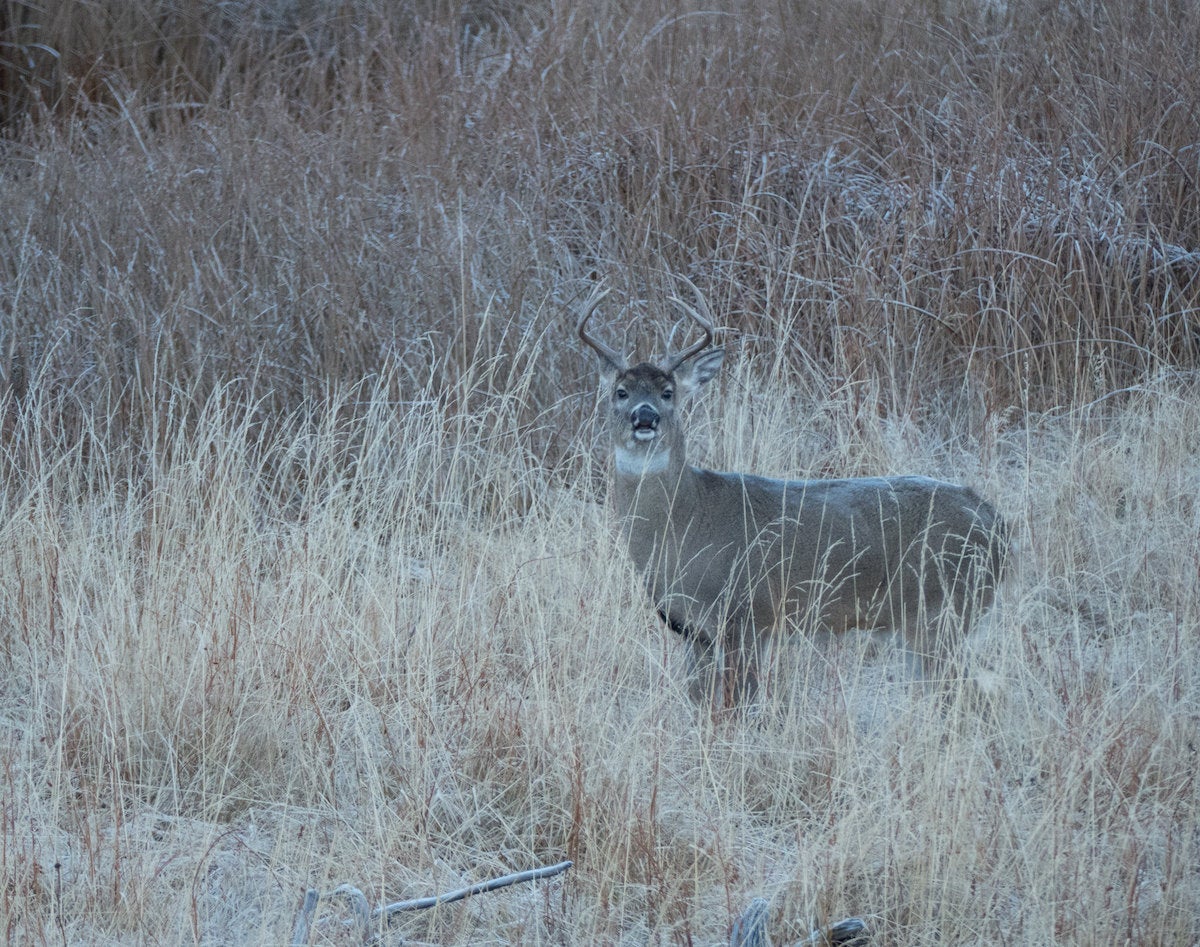 Authorities learned that the poacher has a history of shooting deer from his vehicle. Diane Renkin / NPS
SHARE

A man in Kent County, Michigan, is facing multiple charges after he admitted to state wildlife officers that he shot, killed, and abandoned numerous deer in the area because it helped “relieve his frustration,” according to the Michigan Department of Natural Resources. Edward Trout, 29, of Cedar Springs, has also been charged with illegally spearing several snapping turtles out of season.

Starting in January of this year, the Michigan DNR began receiving reports of gunfire at night and deer carcasses found on or near properties in Nelson and Spencer townships. By the end of the month, eight tipsters had contacted the DNR’s poaching hotline. Conservation Officers Casey Varriale and Justin Ulberg began investigating the tips, and by Feb. 13, the officers had come across a total of 13 deer that had been shot and abandoned in the two townships.

“We’re grateful for the concerned community members who reported the many dead, gunshot deer that were discovered throughout these communities, which helped officers identify a suspect,” said Chief Dave Shaw with the DNR Law Enforcement Division. “The suspect has continued to display repetitive, unethical behavior while stealing public trust resources and allowing them to go to waste.”

An anonymous tip on Feb. 14 led the DNR to Trout, and during an interview with Varriale, he admitted to driving around and shooting at least five deer from his vehicle. Trout told officers that he “relieved frustration by driving around at night, listening to music and occasionally shooting his pistol into vacant fields from his pickup truck.” He was allegedly under the influence of alcohol or marijuana during these occasions.

Over the course of their investigation, Varriale and Ulberg also learned that Trout had a history of driving around at night and shooting deer from his vehicle.

“Trout initially denied the history of offenses until he was presented with a series of text messages where he openly told people about his illegal activities,” the DNR explained.

Trout failed to appear at his original June 3 court date, where he faced three charges in connection to the deer. That list of charges would soon grow, however, and on June 7, Varriale began investigating a new tip that Trout was spearing snapping turtles at a local lake.

The tipster reported that Trout was fishing late at night and leaving lines unattended, as well as spearing snapping turtles and leaving them on the shore. (Michigan regulations allow the harvest of snapping turtles from July 15 to Sept. 15, but only if using a trap or a hook and line.)

Varriale located multiple speared turtles over the course of his June investigation, and Trout eventually confessed, telling the officer that he speared the snapping turtles “because he feared for his children’s safety while they were fishing.” Trout also blamed his family members for leaving the fishing lines unattended.

On Friday, June 24, Trout pleaded not guilty to a five-count misdemeanor charge. These charges included: two counts of hunting and fishing without a license, taking game from a vehicle, taking and possessing deer out of season, and using illegal fishing devices. He is scheduled to reappear in court on July 19, and his hunting and fishing privileges have been suspended until then. Officers also confiscated Trout’s firearm, crossbow, and homemade spear, along with additional evidence.