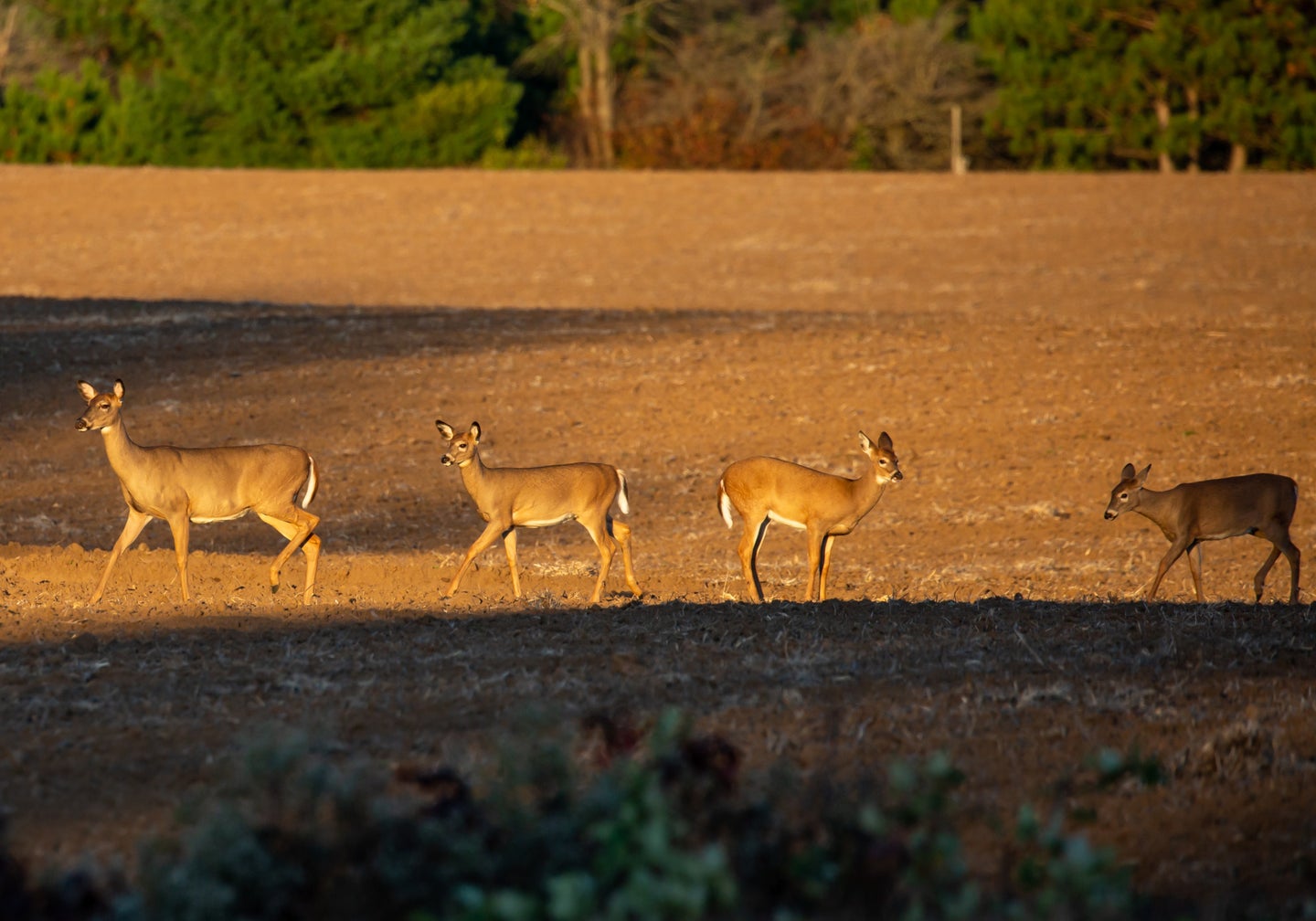 A farmed herd of whitetails were "emaciated" after the farm owners neglected to feed them. Adobe Stock / mtatman
SHARE

A large herd of farmed whitetail deer are presumed dead after two Beaver Township farm owners, formerly married, overlooked feeding duties during a turbulent, two-year divorce. An estimated 41 deer died of starvation on the farm throughout 2021, and five of those animals died after investigators executed a search warrant and ordered the wife to feed what was left of the struggling herd. The now-ex-husband pleaded no contest to one felony count of “abandoning or cruelty to 25 or more animals,” a charge that carries a maximum sentence of seven years in prison and a $10,000 fine. His former wife faces the same charge.

Dale Reinhardt, 58, appeared before Bay County Circuit Judge Joseph K. Sheeran on Dec. 5. During the hearing, Sheeran referred to a chain of reports dating back to Sept. 28, 2021, according to mlive.com. On that day, Reinhardt first stopped by Bay County Animal Services and Adoption Center to inform officers that he and his wife Pamela, who were reportedly in charge of 100 deer at the time, were divorcing and splitting the cost of feed. But Dale said Pamela wasn’t paying her half and that he could no longer afford the feed on his own.

He went back to Animal Services less than two weeks later and informed them that six deer had died.

According to a statement from an Animal Services officer in the court files, “He wanted us to know they are dying and that something will have to be done…He fed what food he had left but that was a few days ago. His wife was not caring for them.”

When Animal Services and the Michigan DNR visited the home, they could see some of the dead animals from the driveway. The Animal Services officer eventually found “approximately 25 dead deer” and noted in his report that “the remaining 90-100 deer appeared thin, ribs showing on some, visible hip bones, hair loss, etc.”

When officials returned the next day with a search warrant, they counted a total of 36 dead deer, some of which appeared to have been dead for a while judging by the decay. Pamela and Dale both lived on the property during the divorce as the deer starved to death outside. Pamela was present during the search, reports say. She told officers feeding the deer was Dale’s responsibility and that she was unaware he hadn’t been doing so.

Read Next: South Dakota Man Fined $13,300 for Poaching 14 Deer Because They Were Eating His Pine Trees

Officers ordered Pamela to bury the dead whitetails and purchase food to feed the remaining ones, which they confirmed she did during a visit the next day. But when they returned a week later, they found five more dead deer, and most of the food was still bagged and being stored in the barn. The Reinhardts’ son confirmed to officers that Pamela had been neglecting the task.

On Oct. 22, necropsy results from three of the first 36 deer proved what was plain as day to responding officers weeks prior: the deer had died from starvation. Pamela told officers she had received authority from the court to “liquidate the deer herd” and that she was planning on having them all shot. Bay County Animal Services supervisor Craig Goulet confirmed with mlive.com that the property no longer held deer on Jan. 19. It is unclear how many deer were still alive at the time and whether the deer were all euthanized or relocated elsewhere.