I am a big fan of squirrels. They are one of the most versatile game animals that I cook. The... 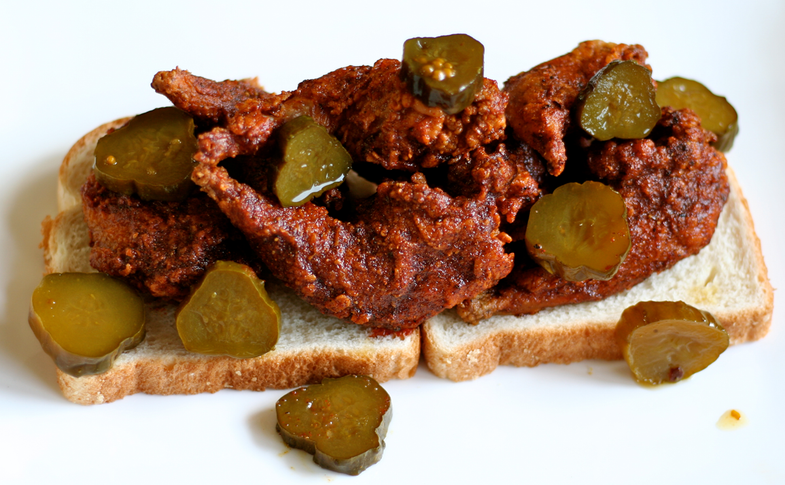 I am a big fan of squirrels. They are one of the most versatile game animals that I cook. The majority of the meat on a squirrel is in the back legs. There’s a lot of meat in the spine and rib cage, and in the front legs as well, but that meat is harder to get to. Whenever I shoot a squirrel and butcher it, I take the back legs off and freeze them separately from the rest of the body. The rest of the body I can save for making soups, or squirrel and dumplings. If you slow cook the spine section and the front legs, the meat falls off the bones and is easier to use. The back legs on a squirrel are kind of like small drumsticks, and some of my favorite things to do with them are to serve them up like Buffalo wings, or to make buttermilk fried squirrel. It usually takes 2-3 squirrel hindquarters to make a whole meal for one person.

If you have seen any food magazines lately or watched food-related TV, you have probably seen something called Nashville hot chicken. Hot chicken is a fried chicken that is then basted with a combination of spices and fat to give it a unique and delicious flavor. Hot chicken is a staple food of the Nashville area, and its popularity has grown in the last few years. It’s gotten so popular as of late that Kentucky Fried Chicken was offering up a hot chicken, and even up here in Minnesota. we’re getting in on the craze. One of our local restaurants, Revival, is serving hot chicken. Traditionally, hot chicken is served with white bread and sliced pickles, and washed down with sweet tea. When I first saw a recipe for hot chicken, my immediate thought was to make it with squirrel.

To give the hot chicken heat they usually use cayenne pepper. I used some cayenne but also used chipotle powder and the Ethiopian spice blend called Berbere to give it extra flavor and heat. If you try this one at home, make sure you have plenty of sweet tea and a wash cloth handy.

Marinate the squirrels in buttermilk for at least 30 minutes before cooking.