A Farewell to Pat McManus, One of Outdoor Life’s Most Beloved Writers

If ever there were a Mount Rushmore of historically significant outdoor writers, Pat McManus’ face would certainly be chiseled into... 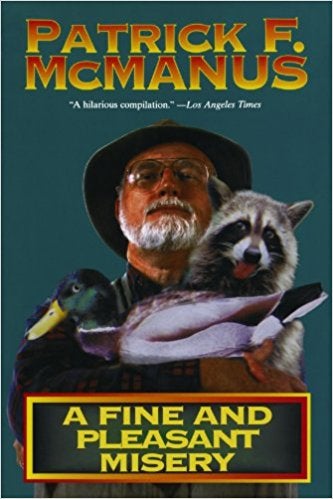 If ever there were a Mount Rushmore of historically significant outdoor writers, Pat McManus’ face would certainly be chiseled into it. It could be argued, I guess, that the likes of Townsend Whelen, Jack O’Connor, Joe Brooks, A.J. McClane, Jim Corbett, and Peter Hathaway Capstick—among others—would be more deserving, but the self-effacing McManus always made the outdoors fun for everyone.

Today, the outdoor world mourns the passing of Pat, arguably the most famous outdoor writer of his day—but more than that, my dearest friend. He was, of course, a talented writer, but he was also the nicest man I’ve ever known. He would talk to strangers at length, even offering to buy them lunch. His audience was composed of not only hunters, but nonhunters as well. He appealed to everyone with his wonderful stories about his wife, Bun, his sister, The Troll, Rancid Crabtree, and many others. His books and columns achieved national acclaim. Many of his books were on The New York Times Best Sellers list, and several of his articles were published in Reader’s Digest.

I was blessed to have met Pat some 30 years ago. We shared tents and cabins together on many hunting and fishing trips. Of all our adventures, one stands out in my mind as the most memorable.

On one of our Outdoor Life field trips, which included every employee of the magazine, including the entire New York office and the columnists, we enjoyed a three-day horseback ride to a remote tent camp in the Montana wilderness. Prior to heading into the mountains, we spent an evening in a local saloon. Word got out among the locals that Pat was present, and there was a line to the pay phone to spread the news. In no time, the saloon was jam-packed with fans from 9 to 90 years old. Pat loved it, as did we all.

That was Pat. A wonderful man beloved by everyone, whether they knew him personally or through his writings. Rest In peace, good buddy. An entire nation of outdoorsmen will forever miss you.

Jim Zumbo is a former Hunting Editor of Outdoor Life.