Yes, Federal's Heavyweight TSS can turn your .410 into a viable gobbler gun 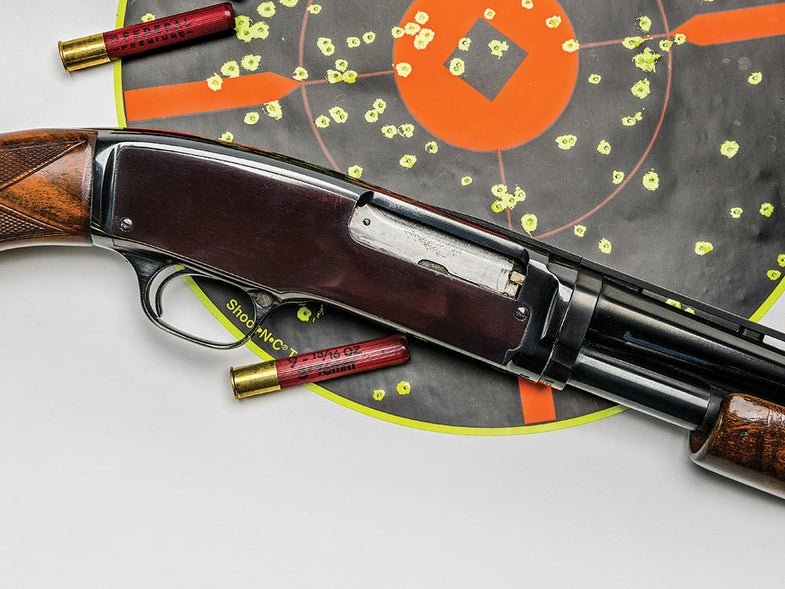 I’ve never needed a .410. In my experience, it’s an unreliable rabbit killer beyond 25 yards. I know a few purists who’ve shot turkeys with them, but mostly for show and all at point-blank range.

But new pellet materials might change that. Tungsten Super Shot (TSS) and Federal’s new Heavyweight TSS loads are the talk of the 2018 turkey woods. At 18 g/cc, TSS is the densest shot material available. Lead is 11.3 g/cc.

I got quite a shock.

The .410 put substantially more TSS pellets on the 12-inch target—and in the 6-inch center—at 25 and 40 yards than did the 20-gauge with lead pellets. Yet at 10 yards—where most turkeys get missed—the .410 also threw a broader, more even pattern than the lead 5s, with nearly the same number of pellets striking the sweet center spot.

I didn’t have access to ballistic gelatin for this test, and so I used the next best thing for testing penetration: cans of Showboat Pork and Beans. The cans were no match for lead or TSS at 25 yards. At 40 yards, the lead 5s punched through the front, dented the back of the can, and settled in the beans. The 9s mostly did the same—except for one that passed all the way through the back of the can. I’d have liked a more thorough penetration test, but I’m confident the TSS No. 9s from a .410 don’t give up anything to the lead No. 5s from a 20.

There you have it. The Heavyweight .410 TSS paired with the right shotgun can outperform a 20-gauge with lead turkey loads with a fraction of the recoil. It’ll cost you about $6 a shot. Of course, Heavyweight TSS is available in 20- and 12-gauge too. Might be overkill, but it’s what I’m using this spring.

*Velocity measured with a Caldwell Chronograph at 6 feet. **Patterns were fired from a Lead Sled at a 12-inch Birchwood Casey Shoot-n-C target.