A Month After His Nephew Caught the State-Record Sturgeon, Illinois Man Lands a Bigger One 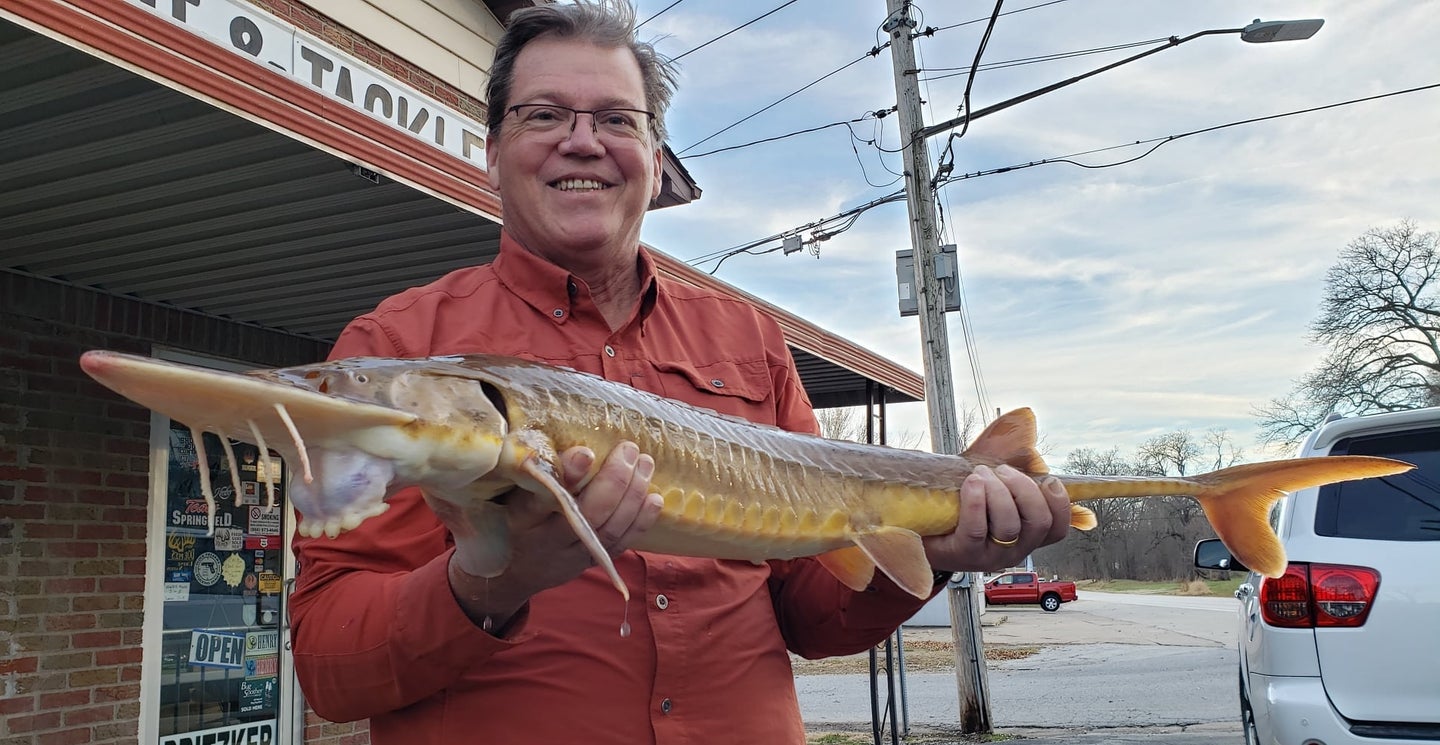 Marty Gustafson of Prophetstown, Illinois, has broken the less-than-one-month-old state shovelnose sturgeon record while fishing the Rock River in Whiteside County, according to the Illinois DNR.

The IDNR reports that Marty Gustafson caught, weighed, and released a 10.51-pound shovelnose sturgeon on Dec. 12. This will likely set a new Illinois record for the species. Incredibly, this fish betters a 9.88-pound state-record shovelnose sturgeon that Gustafson’s nephew, Troy Gustafson, caught on Nov. 16 from the same Rock River.

Marty’s record fish is the new record “contingent upon genetic verification,” according to the DNR post. It may seen a formality, but several different species of sturgeon can be found in area waters. Unlike some giant sturgeon species that can grow to over 8 feet long and weigh hundreds of pounds, the shovelnose sturgeon is small by comparison. The IGFA all-tackle world-record for the species is just 10 pounds, 12 ounces, and it was caught from the Missouri River in Montana in June 1985.

So Marty’s Gustafson’s Rock River fish is just ounces shy of the world-record shovelnose sturgeon. This surely will encourage area anglers to pursue catching more hefty members of the unusual fish species, and perhaps register an IGFA record for the species. Before the Gustafsons started blowing up the record books, the previous Illinois record for the species was a 9.51-pound shovelnose caught in 2013—also from the Rock River.