A pair of Rock River anglers boated a sturgeon for the record books, nearly surpassing the world IGFA mark 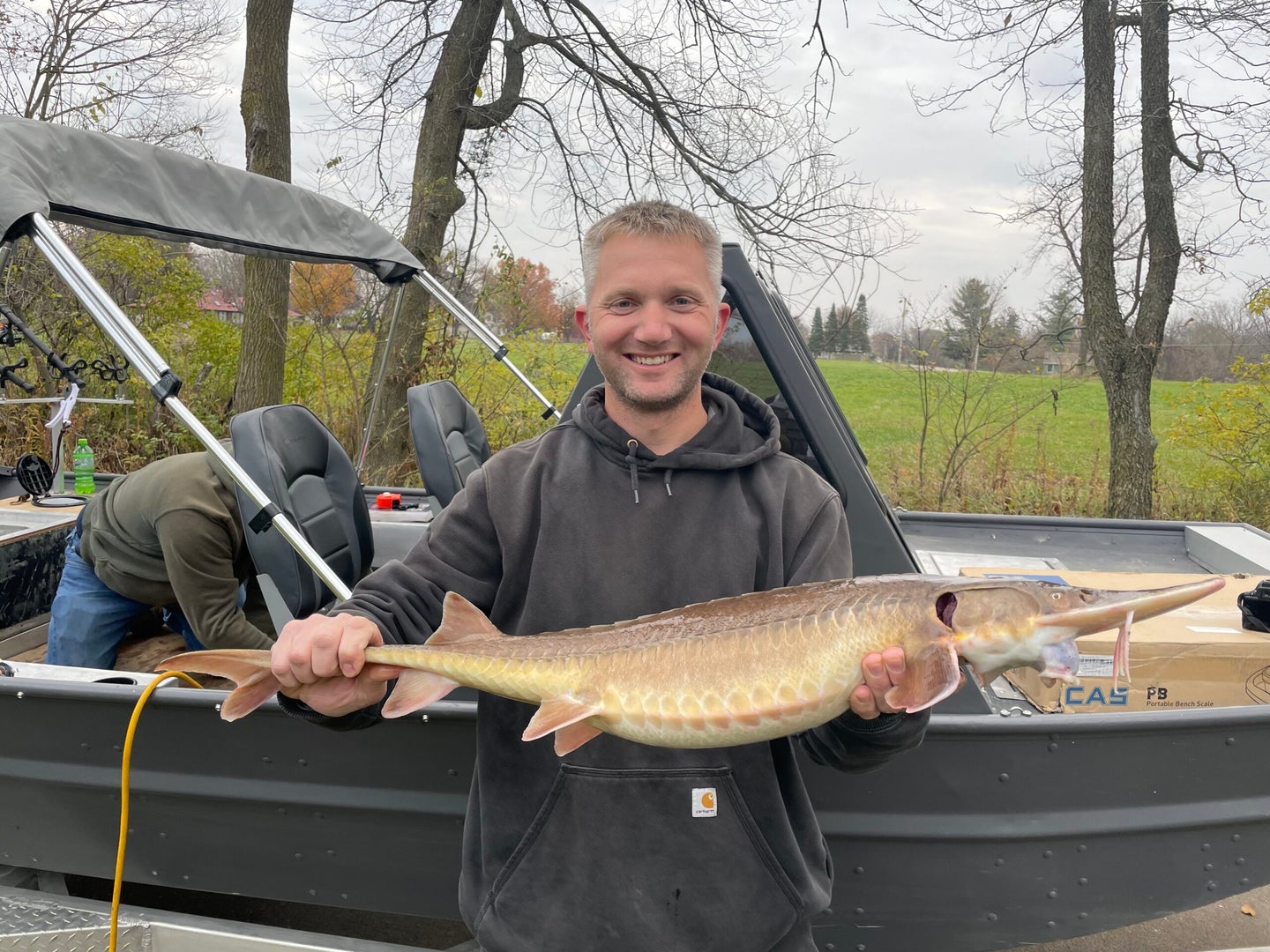 It seems likely that Troy Gustafson of Port Byron, Illinois, caught a state-record shovelnose sturgeon. The species identification has yet to be verified by Illinois Department of Natural Resources biologists, who clipped samples from the fin for official DNA testing. Gustafson was fishing the night of Nov. 16 with his buddy Steve Pohlmeier of Albany, Illinois, in the Rock River near the Quad-Cities, according to a report in the Quad-City Times.

The duo regularly chases catfish on the Rock River at night, but on this particular evening they were catching sturgeon, too.

“I had marked a lot of fish on the side scan [depth sounder] and thought we could catch what we thought were flatheads in this hole,” Gustafson told QCT. “We foul-hooked a couple sturgeon along with catching some channels.”

They had decided to specifically target sturgeon, and the results were good. Using nightcrawler worms on 4/0 circle hooks and two-ounce weights they caught seven sturgeon, including one especially large fish.

“The water is cold, so it didn’t fight all that much,” Gustafson told the QCT. “It was a quick fight, probably only two minutes or so.”

That largest sturgeon was kept in a boat livewell. After an unofficial weight of 10 pounds and a 16-inch girth, the buddies realized it may have surpassed the current state shovelnose sturgeon record, which also came from the Rock River. The following day state DNR biologist Dave Wyffels checked the fish, giving it an official weight of 9 pounds, 14 ounces, which beats the previous Illinois record by 6 ounces.

Unlike some giant species of sturgeon that can grow to over 8 feet long and weigh hundreds of pounds, the shovelnose sturgeon is small by comparison. The IGFA all-tackle record for the species is just 10 pounds, 12 ounces, and was caught from the Missouri River in Montana in June 1985. That means Gustafson’s Rock River fish is less than one pound shy of the world record shovelnose sturgeon.

Gustafson’s sturgeon also showed signs of preparation for spawning. After the DNR inspection of the fish, it was released back into the Rock River.