At nearly five feet long and close to 35 pounds, this diamondback squid is a potential state record 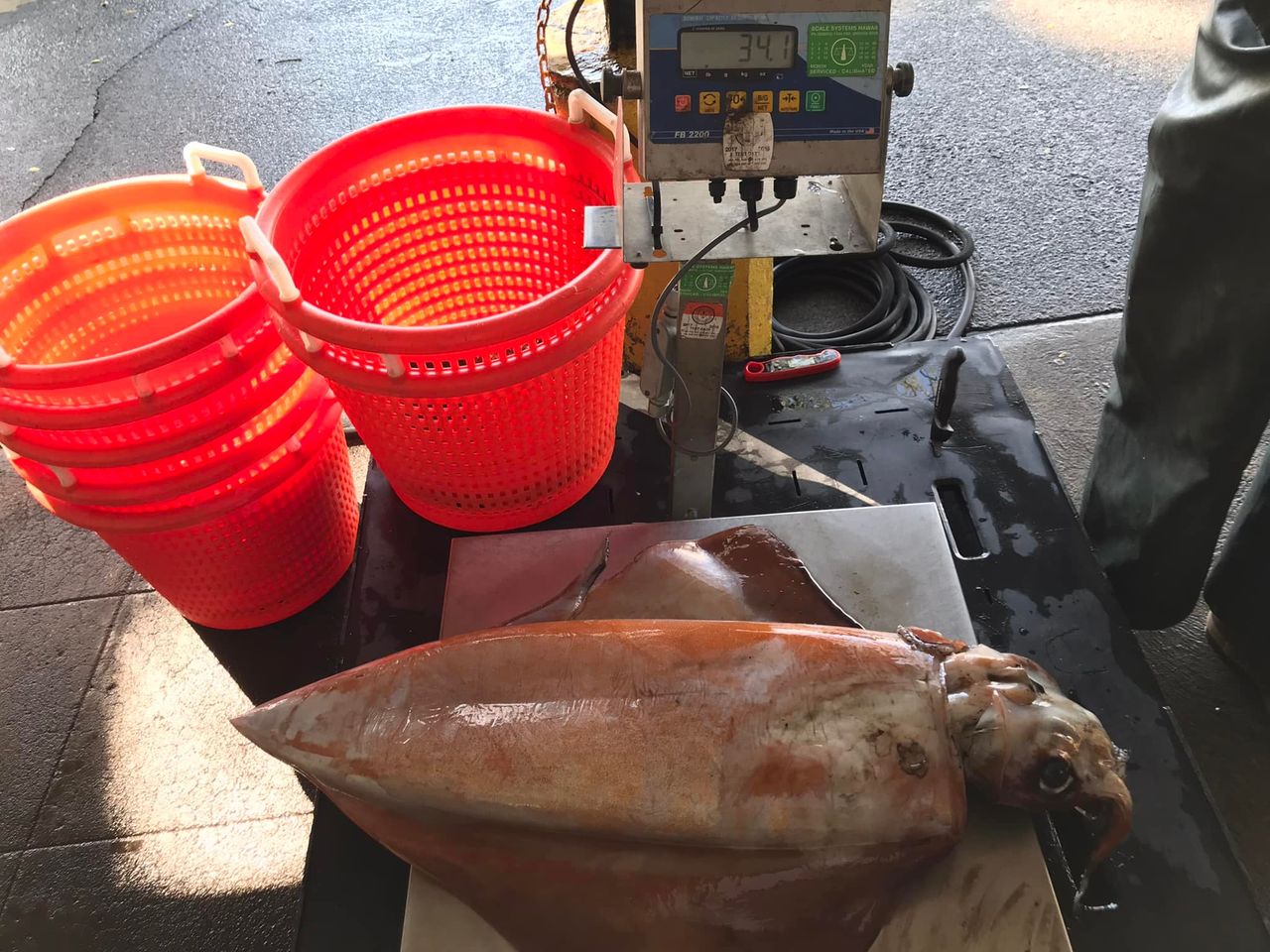 The 33.5-pound squid was one of the largest ever caught off the coast of Hawaii. Julian Nikko via Facebook
SHARE

At about midnight on Feb. 1, commercial fisherman Nikko Eterovich was fishing off Hilo Harbor in 6,000 feet of water when he spotted a diamondback squid. Eterovich heard his crew discussing what the giant squid—locally known as Ika— could be when it showed in the water, illuminated by boat lights. At first they believed it to be a large manta ray, Eterovich reported to KHON2 TV in Honolulu. As the squid swam closer, he was able to identify it. Eterovich dashed out of the boat cabin and jumped into action, casting a homemade squid jig into the water. His first cast hooked the squid, and the battle was on.

“I got it up to the boat and my deckhand miss gaffed it in the wing,” Eterovich says. “It tore through the wing and plummeted to the depths. I thought for sure it was gone. I gave it line but kept the tension and was able to fight it back up to the surface. [I] wasn’t going to let it get away the second time I gaffed it. [I made] a perfect headshot and landed it.”

“When I sold it [the squid] to Suisan Fish Market, they said it was the largest, by far, they’ve seen in years,” says Eterovich. “[It] was definitely a catch for the books.”

The Hawaii state record for diamondback squid is 28½ pounds, caught at Kona.

“At 33.5 pounds, I beat the record,” Eterovich said. “I’m in the process of sending in the Hawaii state record fishing application.

Read Next: Hawaiian Axis Deer Are Causing Such Bad Erosion, the Sea Is Turning Brown

Eterovich said his record squid could produce “about 100 plates of calamari.”