Video: Fisherman Accidentally Drags His Buddy—and Their Shelter—Across the Ice

It's easy to forget to un-hitch a trailer or sled. Just don't do it when it's your ice shanty—and someone is in it 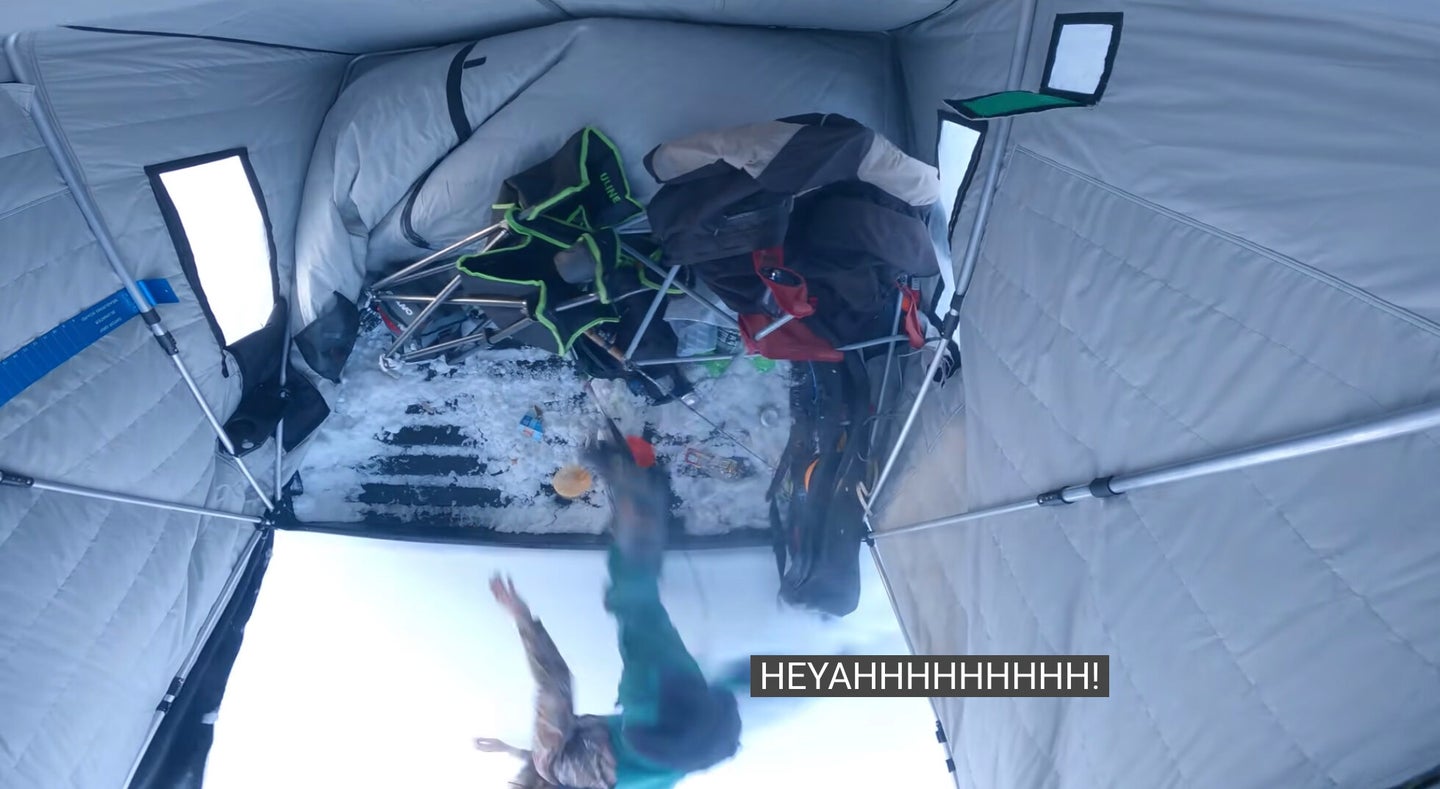 The ice fisherman bails out of his shelter as it's being dragged away. Get In There Outdoors, via YouTube
SHARE

“It’s the little things in life,” people will tell you—generally emphasizing an appreciation of the small daily details that we often forget or ignore. Well, it’s also the little things that can make for some of our most memorable experiences. The guys in this video intended to have a relaxing and, sure, hopefully exciting day of fishing. But simply forgetting to un-hitch the tow-sled shelter resulted in something that they’ll (hopefully) be able to laugh about for years.

For context, it’s common in some places to use snowmobiles (“snowmachines,” here in Alaska) for ice fishing. The video shows the inside of an ice fishing shelter, and presumably the guys were hoping to catch the hookup of a big lake trout. In the video, you hear a motor start around the 36-second mark, then all hell breaks loose as the shelter is dragged away.

That particular type of shelter is built into a sled that’s pulled behind a snowmachine. It was the snowmachine that starts and drags the shelter away, sending the lone occupant diving for solid ground (or ice), hollering all the way. His attempts to alert the driver go unheard over the loud, popping scream of the two-stroke motor. When that doesn’t work, the fisherman drops onto the ice. In the video, you can tell that the driver made it some distance before realizing that he forgot to unhook the tow-sled shelter. The video indicates that he was riding off to pick up another friend.

It’s easy to forget critical details like unhooking your sled, or tucking a spoon into your mess kit when you fly out on a remote backpack hunt. Maybe you forget to put the plug in your boat at the launch, or leave that case of beer at home. Neglecting the little things can be dangerous, certainly. But often it results in stories that will be remembered much longer than the lakers you pulled through the ice that day.