How to Never Lose Another Giant Bass Again

Being prepared with the right gear, and knowing how to work a fish during the fight, are the keys to landing more trophy bass 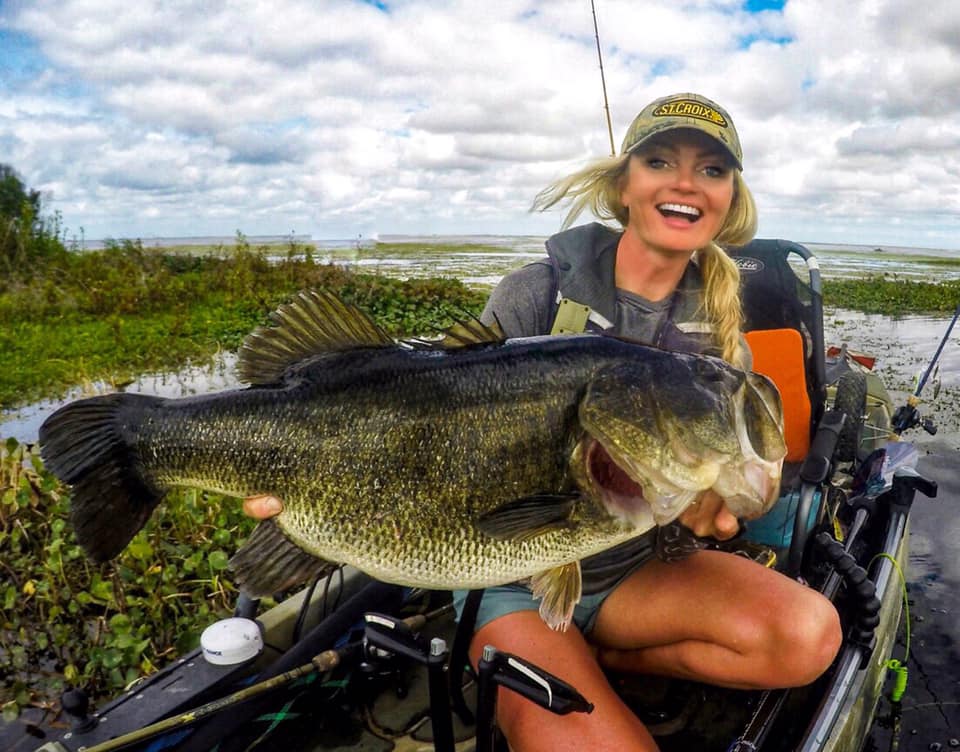 The author with a giant largemouth bass. Kristine Fischer
SHARE

Every angler has a story about “the one that got away.” In some cases that giant bug-eyed bass came off the hook purely due to bad luck. But in many other instances, it’s because you weren’t prepared to catch the fish of a lifetime.

To boat a 10-plus pound bass takes an entirely different set of requirements and skill than if a 3-pounder tugs on the end of your line. There are a few things that will increase your chances of catching a personal best, or potential state-record fish.

If you don’t want to be left weeping, curled up in the fetal position on the bottom of your boat, make sure you follow this checklist. Otherwise, you could be the one telling sob stories of how you missed the best bass of your life.

Fish for Big Bass with the Right Gear

Ensure your equipment matches the environment and species you will be fishing. For instance, you don’t go flippin’ for big bass on famed Lake Fork Reservoir with anything less than 20-pound line, and you probably should be spooled up with 25-pound. Using heavy line when you’re dealing with big fish in thick cover is an absolute must to prevent heartbreak. And don’t use a crappie rod if you’re fishing for giants. You need to have a rod that has enough power to control big bass.

Check your hooks. In some cases, you may find they need replacing. It is no secret that a dull hook or a hook that has been previously bent out, has a chance of failure. If throwing treble hook baits, I also check the stock hooks. If they seem to bend too easily, I will always replace them with a higher quality option. It’s a simple task to perform and will ensure a big bass doesn’t come off because my hooks are trash.

Your drag can become loose in a myriad of ways. I travel quite a bit, the bumps and potholes I hit jostle rods around and can loosen the drags on the reels. If the drag is too loose, you’re likely going to get a poor hookup with the fish, and you’re going to be unable to maintain proper pressure on it.

If you’re fishing a light line, finesse technique, you don’t want your drag set too tight, or you are liable to break your line off with a large fish.

What to do When Big Bass Bite

You need to set the hook with some power, especially when fishing with oversized hooks. It takes a lot of energy to drive a 5/0 heavy-duty hook into the mouth of a 10-pounder.  A weak hookset is going to set you up for failure from the start. First, you could miss the fish altogether, or worse, the fish could come off as you reel it close to the boat.

Adjust Drag on the Fly

Know your surroundings and make an adjustment to your drag as needed during the fight. If your fish is in open water, and there is no known structure they can burry into, give them a little line to run so you don’t risk breaking them off.  However, if that fish is in heavy grass or fallen trees, you absolutely cannot afford to give it an inch, because it will instinctively head for the safety of that structure. Big fish are Houdini’s of the water, and if they have been hooked a time or two before, they’re well-versed in how to free themselves.

Don’t Horse Bass to the Boat

During the fight, it’s important to feel that fish’s movements, and try and control them. If a fish is attempting to jump, I point my rod tip down to try and keep the fish down. However, if a fish jumps, don’t apply too much downward pressure because that can be too much negative torque, causing the bait to pop out. If you feel the fish wanting to turn, try to angle the rod in the opposite direction to avoid dislodging the hook.

How to Handle a Trophy Bass

It’s easy to get overwhelmed with emotion after landing a trophy bass, but try to be cognizant of an old fish that’s just overexerted itself in the fight. Try to keep him in the water as much as possible. We all want and deserve the hero shot as a record of our accomplishment, but we also need to care for that fish. I have found it best to keep them in the net or a livewell while I’m getting a camera or scale ready. If you are practicing catch and release, be sure to revive the fish if necessary, so that they swim off strong.

This will ensure other anglers can share in the same joy that you’ve just experienced.