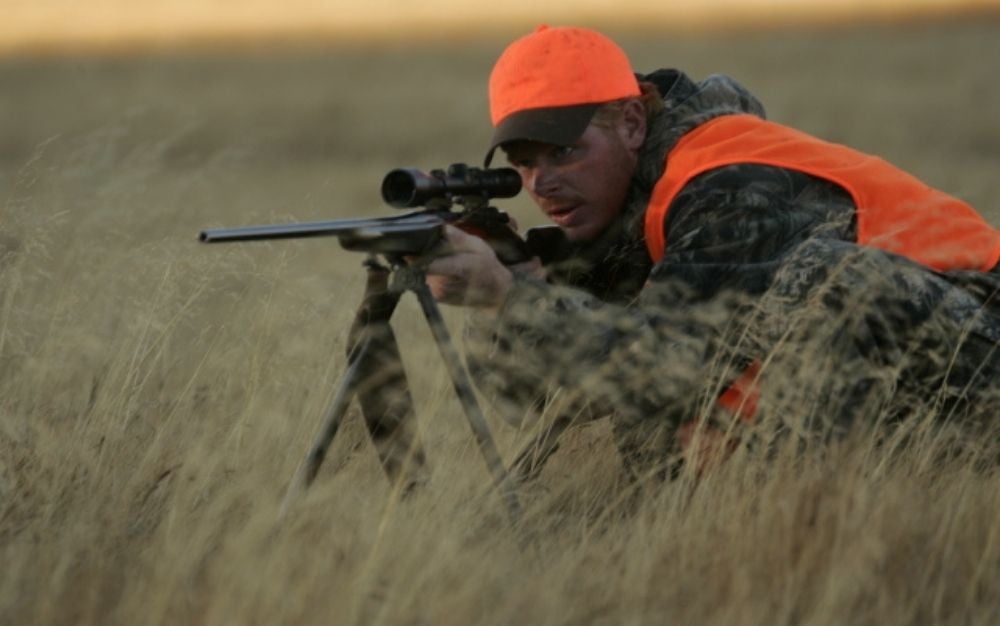 The best rifle bipod will make you a better shooter. Our tests revealed five great models.

If you don’t have the best rifle bipod for your rifle, you are not shooting up to your capability, or that of your rifle. A bipod’s job is simple: to steady your rifle so that you can make accurate shots, whether you’re hunting, at the firing line of a long-range precision shooting match, or just plinking with a rimfire or air rifle. Bipods are small and don’t weigh much, and that portability is a key feature.

Although the job of a rifle bipod is a simple one, there are so many variations of bipods and their functionality that it’s worth looking at the attributes of a number to help you decide which is right for your shooting style, rifle type, and other accessories you may be adding to your rifle gear.

Putting The Best Bipods to the Test

I selected five of the best rifle bipods on the market, all with slightly different sizes, leg geometry, and other features, and went to my local rifle range outside my home in Glasgow, Montana. The range has standard poured-concrete benches, and my first battery of tests was to mount the bipods on a number of model-appropriate rifles and shoot for accuracy at bullseye targets. The idea for this test was to establish the best rifle bipods for long-range shooting.

I mounted the rail-mount bipods on a beast of an AR—a CMMG with a .458 SOCOM barrel. The barrel shroud features a multi-slot Picatinny rail, which easily accepted the appropriate bipods. For the swivel-mount bipods, I shot Nosler’s new Model 21 chambered in 27 Nosler.

Later, I moved off the bench and shot a series of dynamic drills that involved shooting from prone, sitting, and kneeling positions. Finally, I moved to a neighbor’s Precision Rifle Series-style rifle range, one that incorporates a number of barriers that PRS shooters routinely face, and shot off wooden fence rails, free-standing ladders, and off overturned 5-gallon buckets. In each case, I tried to utilize the best, most stabilizing features of each bipod in order to test their versatility.

Do you want a basic bipod or one that can be fine-tuned?

Consider how many moving parts of a rifle bipod you want to be concerned with. The more adjustability to the unit, the more versatile it can be. But all those features, which range from panning head to infinitely adjustable legs to anti-cant heads, take time and attention to trim up. Some shooting scenarios — tracking a running deer, or making a certain number of hits in a timed rifle match—don’t allow much time for fine-tuning the bipod. In those cases, the simpler the design, the easier and more confidently you can deploy it under time constraints.

Nearly every rifle bipod I tested has a couple different versions. Most of the variation is in leg length and extensions, but pretty much each of these models has two head types: one for a rail mount and another for mounting to the stud of a sling swivel.

If you intend to deploy your rifle in the prone position, look for bipods with 6- to 8-inch legs. Some will extend another 4 to 6 inches. But if you’re a shooter who likes to aim from a sitting position, you’ll want a bipod with 12- to 16-inch legs that have one or two extensions to build as much as 30 inches in height.

Available as a swivel-stud or rail mount unit, this is the best rifle bipod for AR shooters and anyone who wants a low-profile support. The six-position legs retract with the push of a button and swing into action with the push of another button. A dial allows users to adjust for tilt and panning.

A more traditional spring-activated bipod, Caldwell XLA, the best hunting bipod has plenty of leg extension to accommodate a wide variety of shooting positions. A tightening screw holds the legs at whatever length suits the shooter, an important consideration if you’re shooting on a hill and need the downhill leg to be longer than the uphill leg.

One of the most exciting shooting accessories of the last few years, this is a smart system to enable accuracy when ounces count. This lightweight bipod weighs 5 ounces or less, depending on size. It attaches to the rifle’s fore end with a magnetized post that mates up with a proprietary mounting socket on the gun. Additional accessories enable guns to be mounted on tripod heads using the same system.

Made of milled bar stock, this shooting bipod swivels and adjusts like a ratcheting tool. The rail-style head is strong and adjustable, the rubberized feet screw out to allow shooters to level their guns on uneven surfaces, and the extendable legs have three different arcs to enable shooters to rest on a wide variety of supports. The M-Lock attachment is the best I tested.

While the fundamental design of the Harris hasn’t changed for decades, the Kentucky-based company continues to build on its foundation. As the best budget rifle bipod his new version features a rail-type mounting system and extendable legs that release with the turn of a tension screw. The panning head allows for plenty of lateral movement, and the oversized rubber feet are among the “grippiest” in the business. Though it retails for under $120, there is no shortcut in quality of this bipod, which is available in many leg lengths and head styles.

Q: Should I put a bipod on my rifle?

The answer is an unqualified yes. Bipods are among the most versatile and simplest means of maximizing the accuracy of your rifle in the field. A bipod attaches to the forend of the rifle, so you can have a rock-steady rest no matter where you shoot.

Q: How does a bipod affect accuracy?

The support a bipod gives the front end of a rifle is only half the answer. There’s a trick to shooting well off a bipod. The first is adjusting the height to your position, then trimming the head to reduce cant. Bipods are designed to be “loaded,” or pushed forward so that the robust legs dampen any shake in the gun. You should definitely re-zero your rifle after installing a bipod; some bipods will throw off your zero because they change the geometry of your hold.

Q: Can I still have a sling if I mount a bipod on my rifle?

Yes. Most bipods feature a sling-mounting stud. Some are simply swivel-accommodating holes in the mounting “fingers” of the stud attachment. Others are swiveling studs that take the place of the rifle’s swivel studs.

A Final Word on Rifle Bipods

You can spend many hundreds or thousands of dollars squeezing all the accuracy out of your hunting or target rifle, investing in custom actions and stocks and experimenting with a wide variety of bullet weights and styles. But the easiest and most cost-effective way to get a quantum leap in accuracy in nearly any shooting situation is to mount a quality bipod to your rifle. These portable shooting accessories will enable you to elevate the precision of your hunting rifle and improve your long-range shooting ability. Having the best rifle bipods are the simplest and most cost-effective rifle shooting accessories you can own.