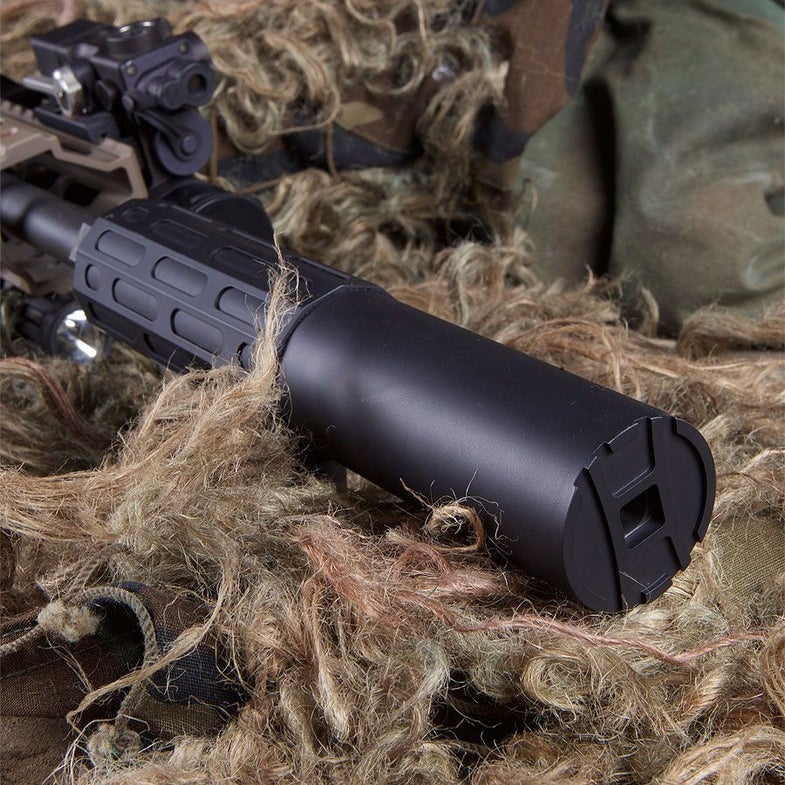 Linguistic glossology is part of the game advocates play when engaged in any type of campaign in support of a cause. How facts and data are presented and spun is the tic-for-tac, the point-counter point, that defines public debate.

But when zealots demand facts and accuracy be regarded as “semantics” while infusing exaggerations and faulty fiction into public discourse, it is apparent that they are manipulating emotions to keep the conversation stupid and have no interest in cogently addressing issues.

Shannon Watts, the founder of the Michael Bloomberg-funded anti-Constitution front group, Moms Demand Action for Gun Sense in America, is a vivid example of a practitioner of this type of deceitful dumb-downing.

Watts again blundered into fact-challenged hysteria with a downright dopey statement about HR 367 Hearing Protection Act of 2017. The only question is whether she is truly ignorant of facts, or if she’s made a concerted decision to lie about them.

The proposed bill was introduced in January, has 141 co-sponsors and is idling before the House Subcommittee on Crime, Terrorism, Homeland Security and Investigations. It would amend the Internal Revenue Code to eliminate the $200 transfer tax on firearm suppressors.

The mainstream media — more out of an ambient ignorance about firearms, legislation, litigation … and pretty much anything beyond feelings, beliefs and celebrity gossip — continuously and erroneously refers to suppressors as “silencers.”

Except they are not “silencers.” These accessories reduce the noise of gunfire, not “silence” it. They are, essentially, like mufflers on vehicles; they don’t silence a vehicle, they just lower the volume so windows along streets don’t rattle.

Watts, however, said calling these accessories “suppressors,” which is what they do and what they are, will confuse gun control proponents with the facts.

“It’s all semantics,” she told The Hill. “Focusing on the name distracts people from the real conversation. They did the same thing with the debate over whether to use the term ‘assault rifles’ or ‘semiautomatic rifles,’ and then the whole conversation shifted to ‘What are we going to call these things?’ They want to get into semantics about the language, so we don’t talk about how dangerous they are.”

Needless to say, “assault weapon” is a meaningless, politically contrived term while “semiautomatic rifle” is, well, and accurate description of exactly what they are.

— Why You Should Support Hearing Protection Act;

KATIE GETS HERSELF OUT FROM ‘UNDER THE GUN’

Holding a celebrity posing as a journalist while making a foray into actual journalism to “cover” an issue on behalf of TV-educated “fans,” most of whom are more concerned with what shoes Beyonce is wearing than engaging in the trivialities of real world realities, responsible for being irresponsible was always a reach.

On May 31, John A. Gibney Jr., a U.S. District Court Judge for the Eastern District of Virginia, dismissed the VCDL’s $12 million lawsuit filed against Couric, director Stephanie Soechtig, Atlas Films and others who worked on the comically inept “documentary” called ”Under the Gun.”

The VCDL claimed its members were defamed by the way the “documentary” was edited. An eight-second scene shows Couric interviewing members and asking: “If there are no background checks for gun purchasers, how do you prevent felons or terrorists from purchasing a gun?”

The film shows VCDL members rendered silent by Couric’s question, making them appear stupid (because they’re gun owners and the stereotype that gun owners are stupid must be maintained). However, it was untrue. One member, in fact, responded that if you’re not in jail, you should have the right to buy guns.

Gibney dismissed the suit because, of course, misrepresentation without malice is not actionable. Couric’s and Atlas Films’ motion to dismiss stated: “No reasonable viewer could interpret the film that way, because just before the exchange in question, the film explicitly depicted them explaining why they oppose background checks.”

To her credit, Couric acknowledged that the clip was poorly edited.

“I take responsibility for a decision that misrepresented an exchange I had with members of the Virginia Citizens Defense League (VCDL),” Couric wrote in October 2016. “My question to the VCDL regarding the ability of convicted felons and those on the terror watch list to legally obtain a gun, was followed by an extended pause, making the participants appear to be speechless. I regret that those eight seconds were misleading and that I did not raise my initial concerns more vigorously.”

The Maine Legislature will be considering four gun rights bills and at least one anti-Second Amendment proposal as the beginning of the end of the 2017 legislative session brings push to shove.

— North Carolina: Concealed handgun permits would no longer be required

— Minnesota: The Latest: NRA lobbyist: Guns equalizer for “the blacks”

— Nevada: Bill would prohibit guns from some with domestic violence, stalking convictions

Peruta Passed Over By Supreme Court — For Now

The Supreme Court opted not to take any action on what many believe will be the next significant Second Amendment court ruling when the prerequisite four justices failed to place it on the formal docket during a May 30 conference.

The case of Peruta v. California has been on the list of potential cases during four previous conferences without receiving the necessary nod to be formally considered. For now, that means the Court hasn’t accepted the appeal or rejected it, so the Peruta case remains on the agenda for consideration.

Essentially, it comes down to “shall issue” vs “may issue.” California law allows county/municipal officials to require applicants demonstrate “good moral character” and “good cause” before they “may” issue a concealed carry permit.

The National Rifle Association (NRA) and California Rifle and Pistol Association (CRPA) argue a bureaucrat or law enforcement official does not have the Constitutional authority to determine when, or if, a citizen “may” exercise a fundamental individual right. If an applicant meets permit criteria, it “shall” be issued.

Peruta has been working its way through the courts since 2014 when a three-judge panel of the 9th Circuit Court sided with “shall” proponents. In June, an en banc panel overturned the 2014 ruling in a 7-4 decision that determined “there is no Second Amendment right for members of the general public to carry concealed firearms in public.”

In 2016, the 9th U.S. Circuit Court of Appeals rejected a petition to review a June determination that there is no Constitutional right to carry concealed weapons in public. That refusal is what put it on the U.S. Supreme Court’s docket as a potential case.

If the Court does take the Peruta case, it would be one of the biggest cases of the next term, which starts in October.

— For now, potential Supreme Court gun-rights case is in limbo

— Second Amendment Case Peruta vs. California May Be Heading to Supreme Court