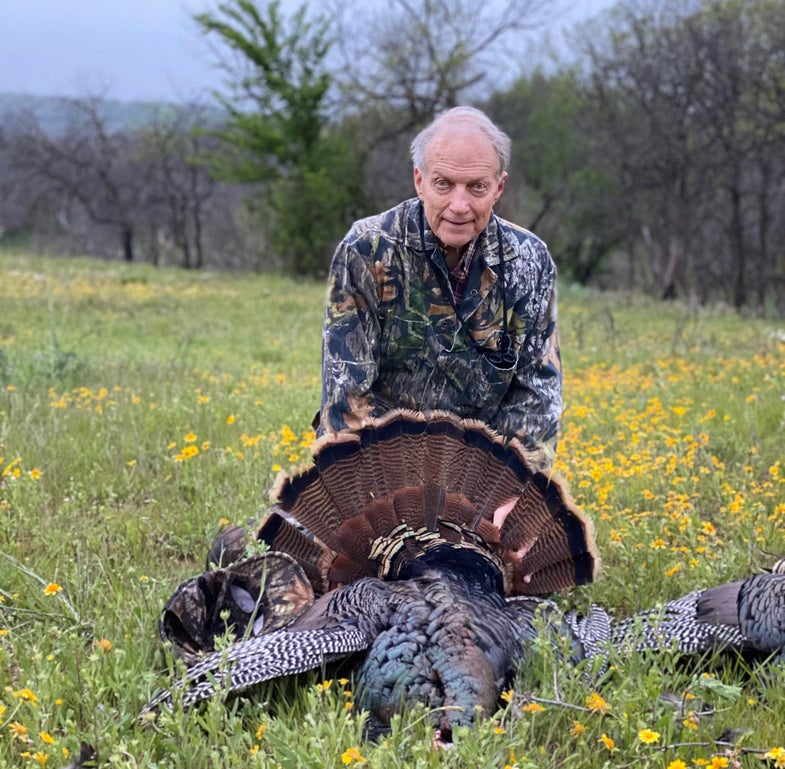 A dedicated outdoorsman with 60 years of wild turkey hunting experience can be expected to have taken plenty of gobblers. But 401? That’s how many turkeys Ray Jones, age 86, of Hunstville, Alabama, has taken. Jones began his long and remarkably successful turkey journey at age 26, according to the Alabama Department of Conservation and Natural Resources website.

Jones started chasing toms shortly after his home state of Alabama began an intense stocking program of turkeys and deer in the mid-1950s.

“We really didn’t have any turkeys north of Birmingham when I was a young boy,” Jones said. “They had all been killed during the Depression. We hunted squirrels. We didn’t even have any deer.”

Jones first hunted turkeys with a friend in the game-rich Black Belt region of lower Alabama near the Tombigbee River. He knew nothing about turkeys, but killed one on his first hunt and has been hooked since – for 60 years. Jones, an Auburn graduate, has since hunted turkeys all over the U.S. and Mexico, and taken all sub-species except the Gould’s. Thus earning him the “Royal Slam” award from the NWTF. To tag 401 turkeys in 60 years means that Jones averaged about 6.7 turkeys per year.

This spring he tagged his 400th bird, a Rio Grande gobbler, during a Texas hunt. His 401st tom came from a mountain top in Tennessee. That bird weighed 24 pounds, with nearly an 11-inch beard and 1⅛-inch spurs.

“I think I’ve killed a turkey with every one of my grandsons — I really enjoy that,” says Jones.