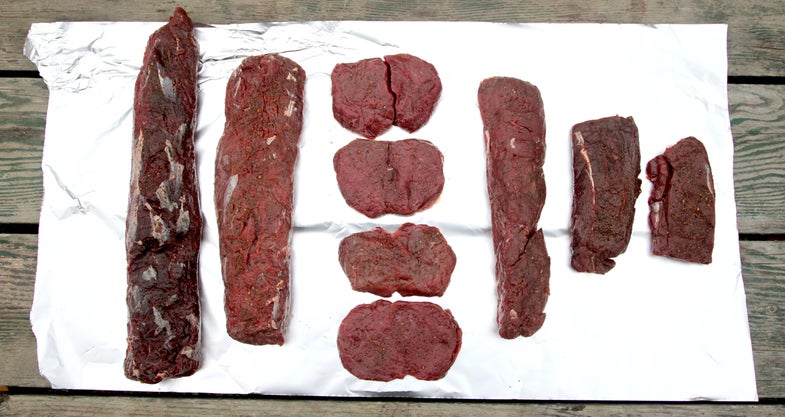 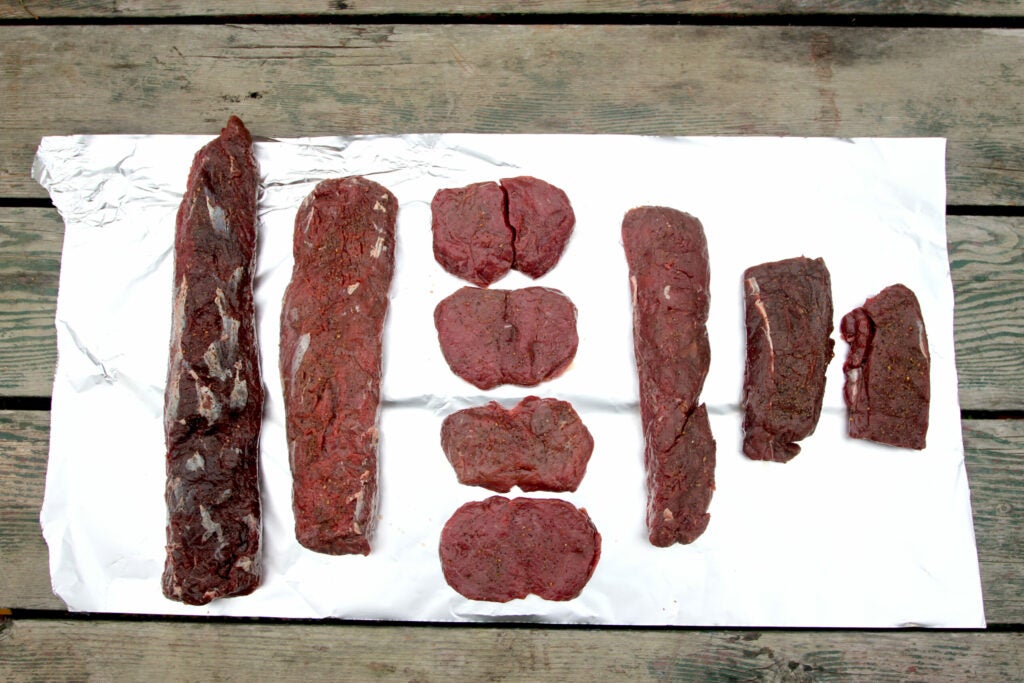 All six of the defrosted backstraps, seasoned and ready for the grill.

Hunters and anglers constantly bicker about which wild animal or fish tastes the best. So we decided to tackle part of the debate and answer, once and for all, the question: What is the best tasting game meat?

To settle the argument, the Outdoor Life editors gathered backstraps from six different big game species: whitetail, moose, mule deer, elk, antelope, and bighorn sheep. The whitetail buck was shot in Massachusetts, the cow moose and muley buck were taken in Montana, the bull elk was harvested in Utah, and the pronghorn buck and the ram came from Wyoming.

Ideally we would have also included bear in the lineup, but no one had any leftovers. Then we rubbed each with just salt and pepper, threw them on the grill, and seared to medium-rare.

Of course, there were a few variables we couldn’t control for, like the age of each animal. And while most of the backstraps were grilled whole, one was already cut into butterfly steaks. 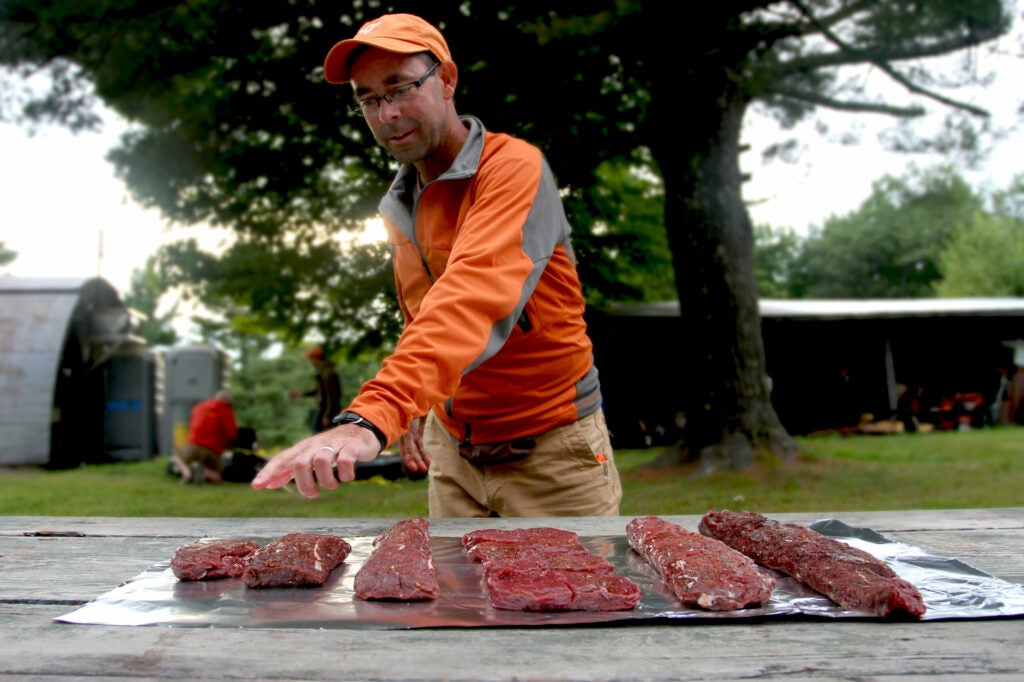 McKean was the grillmaster and only one who knew the species of each cut.

Hunting Editor Andrew McKean (above) grilled each backstrap and kept track of which was which. The other five editors blind-tasted each backstrap. We ranked them according to personal preference by assigning each meat a value from 1 to 6 (1 being the tastiest) and taking notes on characteristics like flavor and texture. Finally, we averaged each editor’s personal rankings to produce the definitive ruling on which species tastes the best.

They rank, in descending order, as follows:

Although none of the editors created identical lists, three out of five listed elk as their favorite. Because in the words of Executive Editor John Taranto: “Now that’s an easy chew.” And Deputy Editor Gerry Bethge noted the elk backstrap was the “perfect meat: balanced, flavorful, and tender.” 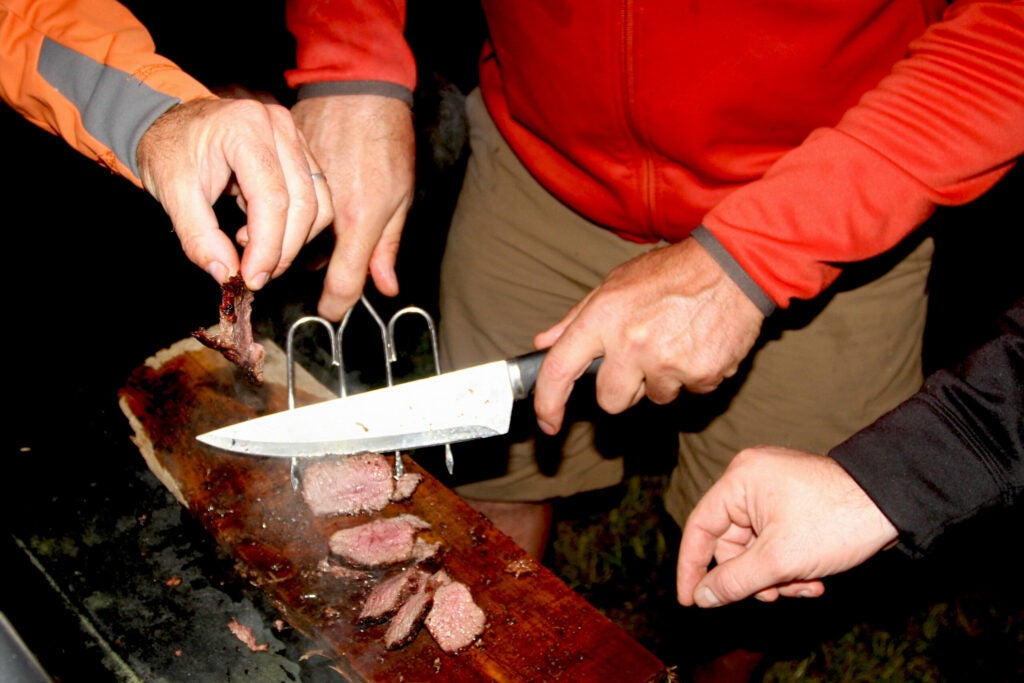 This taste test was conducted August 2014, and all the meat was harvested the preceding fall and winter.

The moose was described as “juiciest” across the board, and we were all surprised whitetail didn’t rank higher on the list. But none of the meat was unpalatable by any stretch of the imagination, and every scrap vanished by the end of the night.

Now it’s your turn to be the judge, and tell us what you think of the list.