The Best Duck Recipe of All Time

That’s a bold claim there in the headline, but I’m prepared to put this recipe up against any other I’ve... 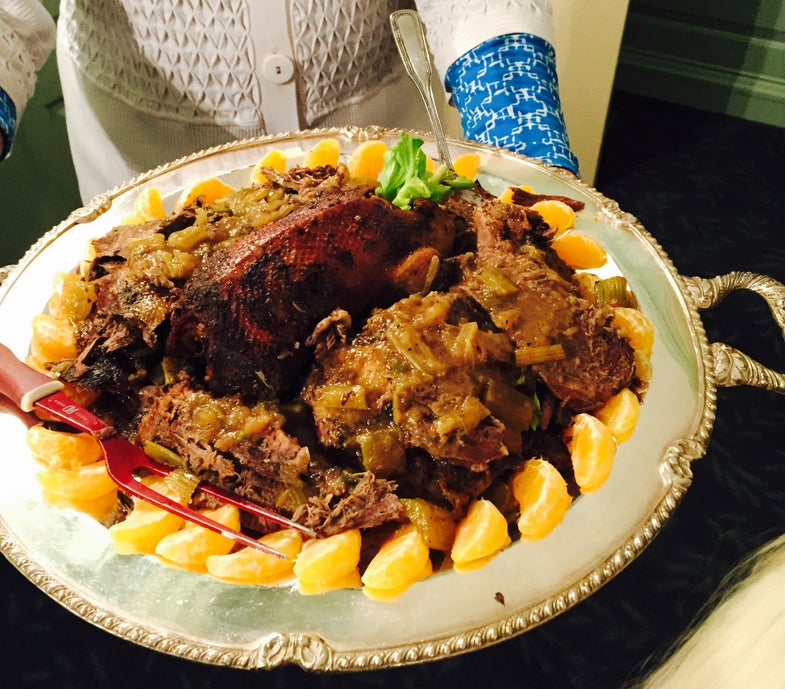 That’s a bold claim there in the headline, but I’m prepared to put this recipe up against any other I’ve tasted. And there’s another reason I mention eternity in the headline: the recipe is from historic Wingmead Plantation in Arkansas, the crucible of waterfowl hunting on the Mississippi Flyway.

Wingmead is the home of Edgar Queeny, a millionaire industrialist who wrote the classic waterfowl study “Prairie Wings.” The property outside Stuttgart has hosted such luminaries as Walt Disney, Joseph Pulitzer, and Nash Buckingham, whose limber prose detailed the gentlemanly art of waterfowl hunting a century ago. Wingmead is also where I spent most of last week, decoying mallards into flooded oak timber. 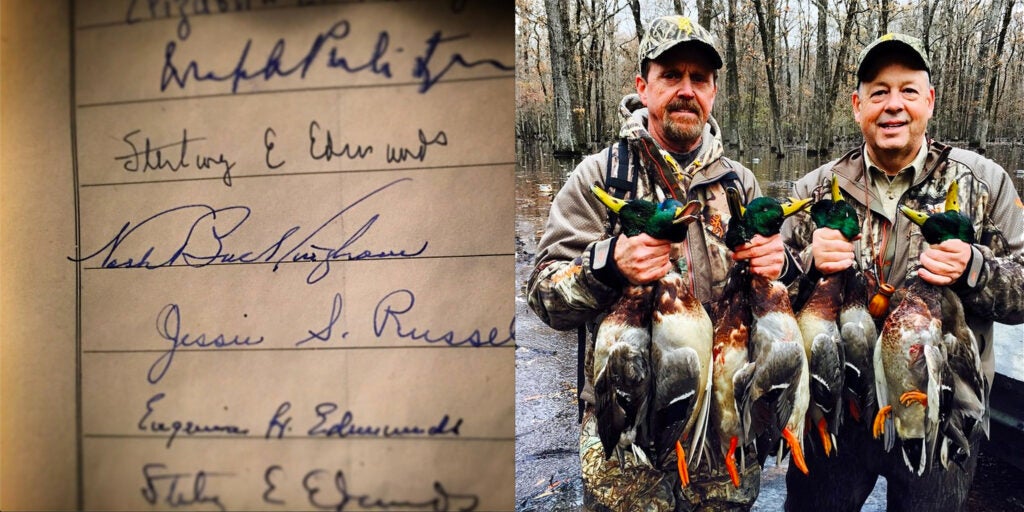 I also ate pretty well here, and our classic Southern dinners culminated with this duck dish. I hope you enjoy it as much as I did.

1. Shoot, pluck, and clean 4 fat mallards (preferably greenheads; save mama duck)
2. Preheat oven to 400 degrees
3. Season ducks liberally, inside and out, with Konriko’s Creole seasoning
4. Cut onion and an apple into quarters, and place onion, apple, celery stalks, and sliced bell pepper in bottom of a roasting pan. Add two cans chicken broth and two cups of water.
5. Place ducks in the roasting pan, on top of the cut vegetables. Brown in oven at 400 degrees for 40 minutes.
6. Place lid on roasting pan and continue cooking for 2-1/2 hours or until tender.
7. Remove ducks from the roasting pan and debone the breasts.
8. Thicken broth in roasting pan with corn starch and replace the sliced duck breasts on top of the gravy. 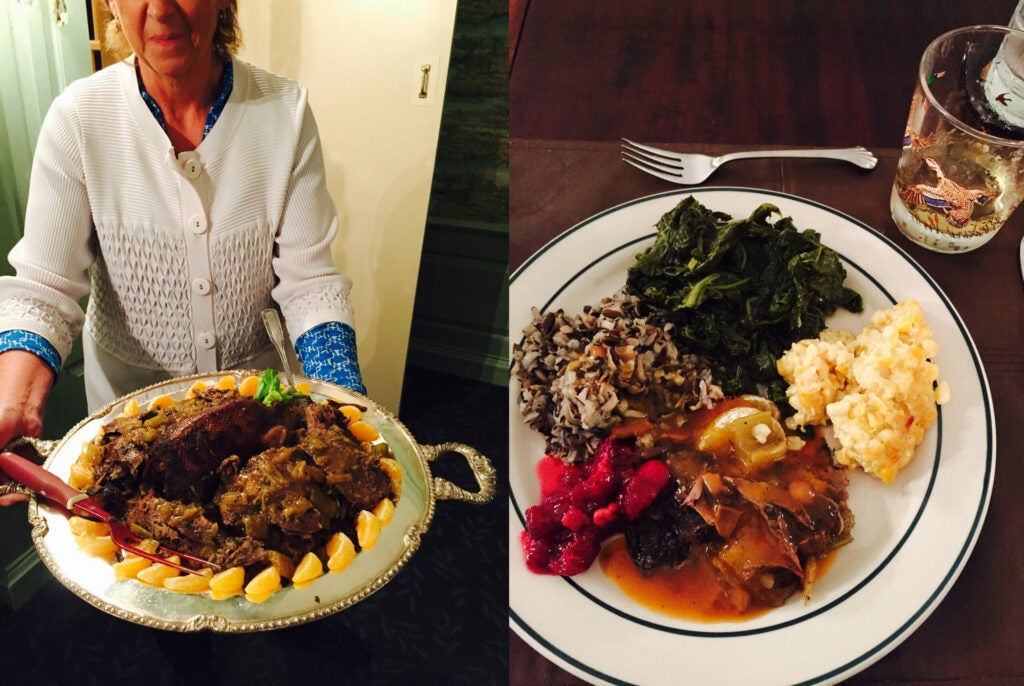 shows off the “Best in the World” duck. Right: My plate, with the duck accompanied by turnip greens, wild rice casserole, corn casserole, and cranberry sauce. Oh, and a cocktail glass featuring Wingmead’s motif: a mallard duck.