Quest for Wild Bacon: Spot and Stalk for Last-Chance Hogs

_. To learn how to butcher a hog, click here._ The wild boar entered the picture mid-afternoon on my third—and... 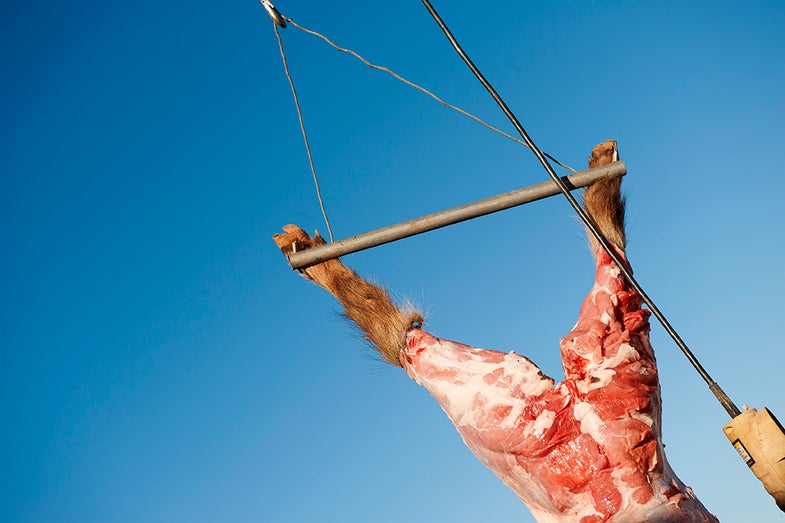 The wild boar entered the picture mid-afternoon on my third—and last—day of hunting. It was only a couple hours before we had to call it quits and head back to Minnesota. Even though things were looking a bit bleak for bacon, I have to admit I was still riding high on the knowledge that I could indeed pull the trigger. The weird weather had abated, my adrenaline was elevated, and I was determined to hunt until the very last moment. 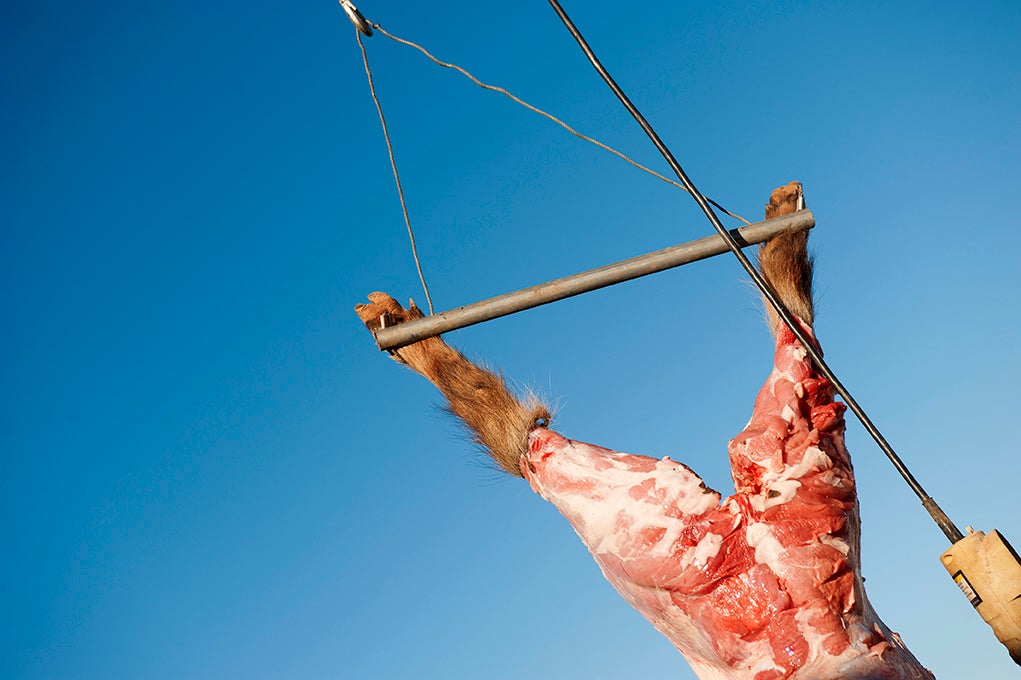 Anthony, my guide, was equally invested in getting me a hog at this point. He suggested for this last attempt we try what he called “Super-Ninja Style.” This translates into spot and stalk, and it all went down near a tank (we call it a “pond” in Minnesota) in Dead Man’s Trap.

Mari and Randy were back at camp packing up the car. We departed in just three hours.

To get into Dead Man’s Trap we had to race to avoid being stampeded by a cattle drive. Cowboys were in the area moving the animals to a different pasture. We could see the dust, feel the earth pounding, and hear cattle bellowing. 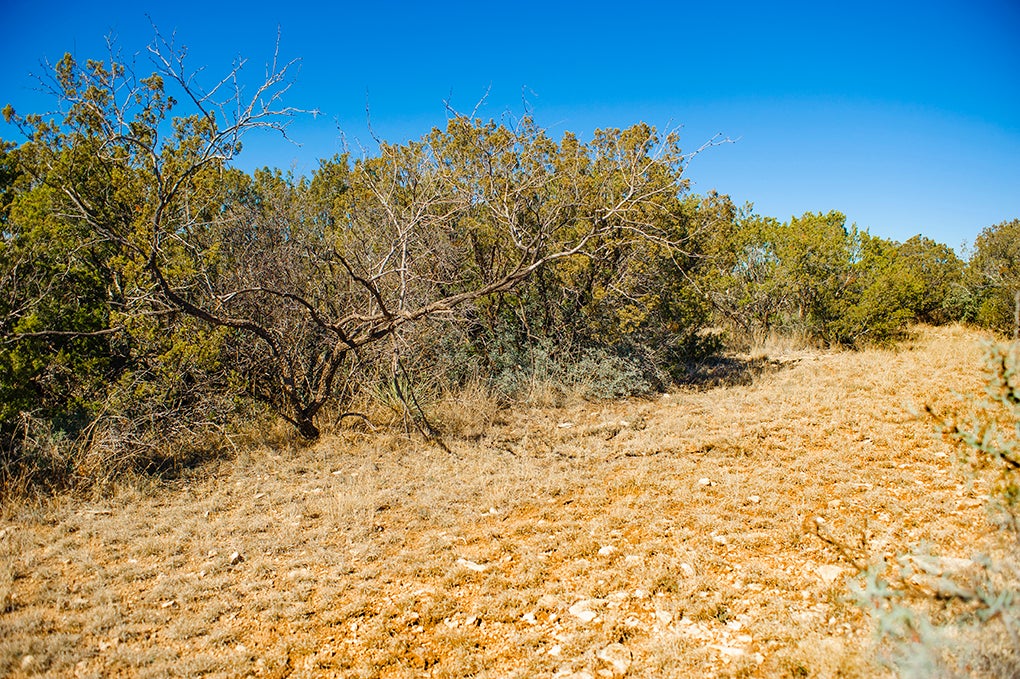 We dropped and rolled under some rusty barbed wire fencing to get into our spot. The brush was dense, the rushes high, the visibility low. The air was calm with no breeze to push our scent. The rhythmic pounding of a western cattle drive hanging covered the sound of our movement. 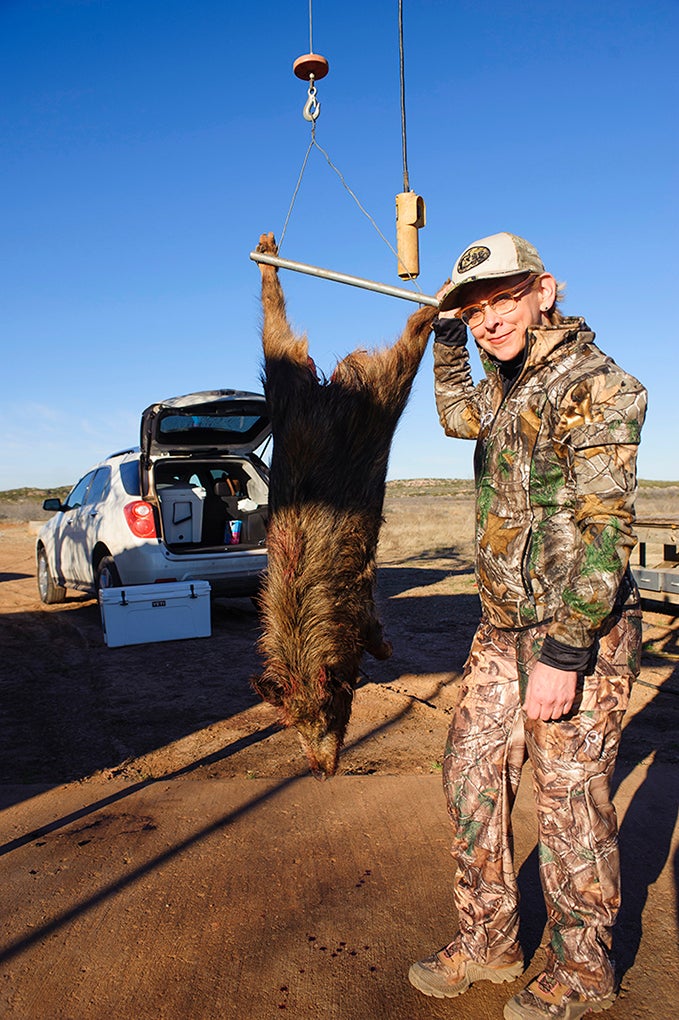 Anthony led me deeper into the Trap and carried his pistol in case we were charged. Now THIS was exciting. This got my heart beating. We crept through the mesquite, down ravines, and up a small dry gully that filled with water during the rains. Though I carried my rifle in front of me to help deflect some of stinging thorns, my neck and hands took some bloody hits from the mesquite thorns.

Anthony moved me to the front now, a hand on my back to guide me through a particularly low and dense thicket. I expected a pig to come charging at us any second. In our path lay a large fallen tree. It was too big for me to step over, so I had to step up on it. As I did, we heard a grunt just a few yards ahead. 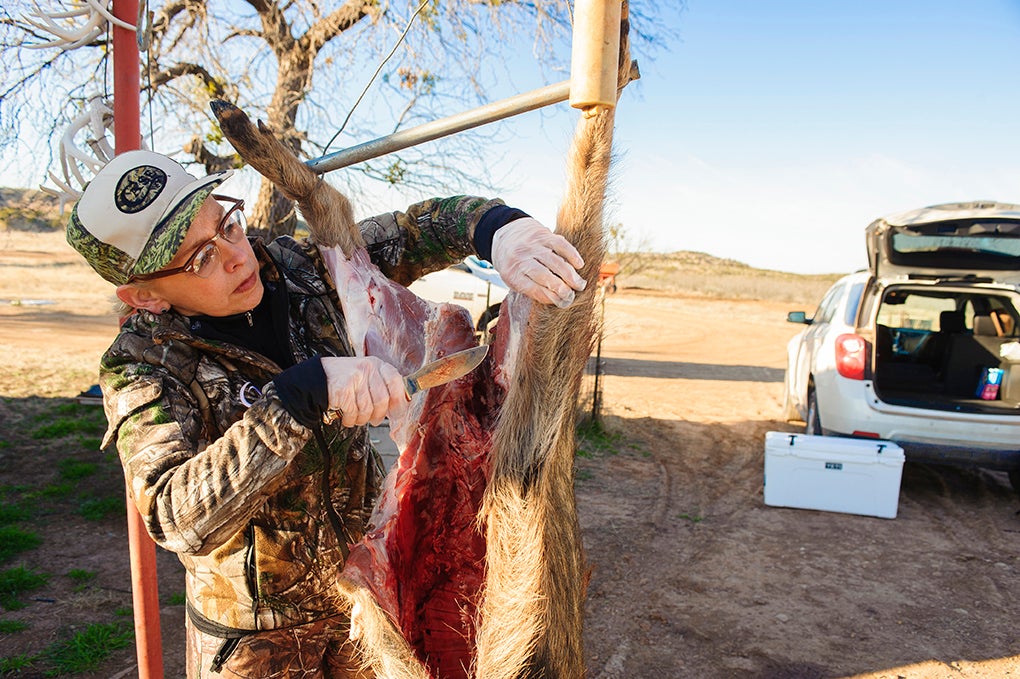 Time slowed. As I thumbed back the hammer, a handful of napping boars snapped to life just 15 feet in front of me. Away they went like lighting. Quickly, calmly, and with intention, I shouldered the Winchester while maintaining my balance on the fallen tree. One of the running wild pigs leapt in the air. As he did his giant leap, I got him in my sights, squeezed, and dropped him with a single shot right behind the ear. 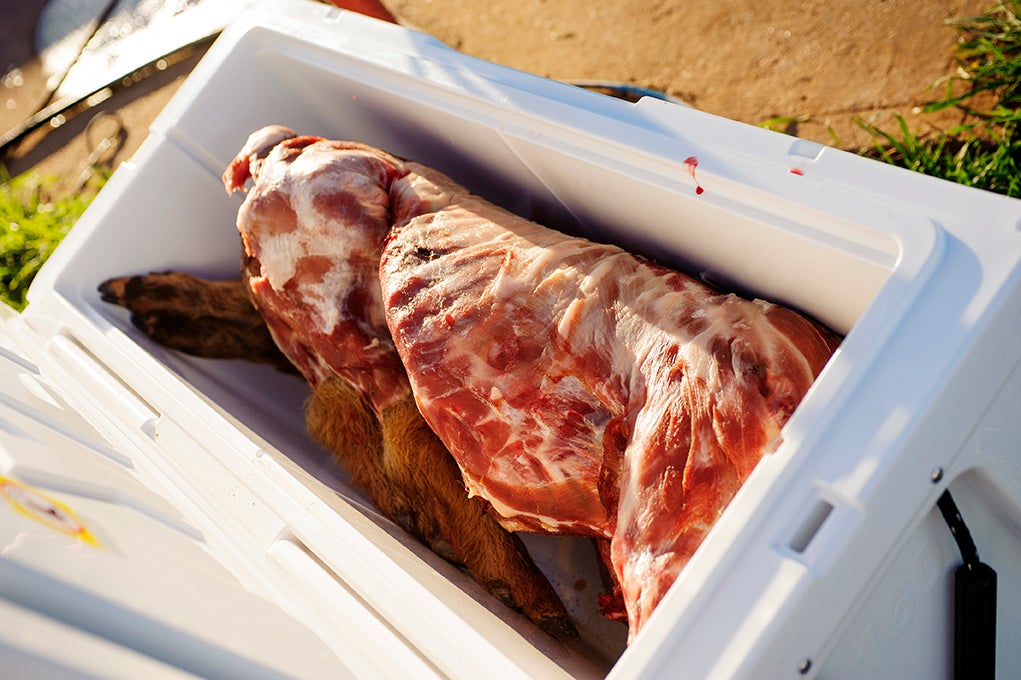 Beginners luck? Maybe. Driven by a quest to rediscover and integrate a hunting legacy that I lost somewhere along the way? Possibly. Either way, I brought home the bacon.