Is It Time for Hunters and Shooters to Give Up on Social Media?

There are plenty of reasons to despise social media. But there’s no denying that the platforms give hunters more connectivity and power than ever before 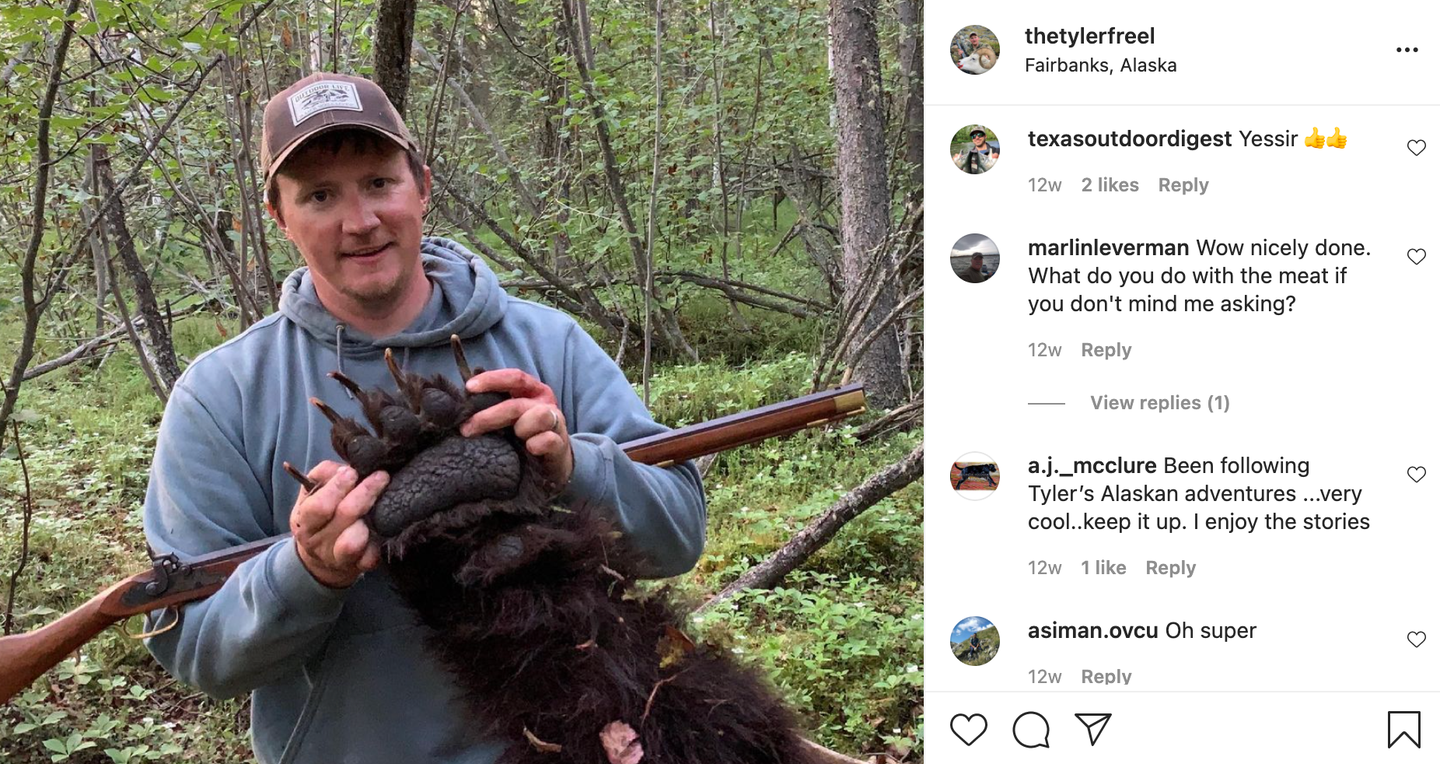 What would happen if all decent, level-headed hunters decided to unplug from social media?. Tyler Freel, via Instagram
SHARE

It seems that hunters are increasingly being attacked and censored on social platforms. If you’re a hunter and you’re active on social media, you’re almost certain to know someone who has had posts flagged, removed, or even been locked out of their pages. Often, the posts are completely benign, but get “flagged” as being harmful content in one form or another and removed.

Social media platforms aren’t exactly transparent or specific about what they consider harmful content. Recently, Nosler shared a post on its Instagram page stating “Instagram’s latest update automatically adds a filter to limit you from seeing content that they think might be upsetting or offensive… (i.e. everything hunting and shooting related). Here’s how to turn that off.” It’s unclear if the Instagram update really hides hunting and shooting content, but it was enough to get plenty of folks within the hunting media industry talking.

With all this mess, plus all the downsides of social media that I’ve covered in the past, it begs the question: Is it really worth trying to maintain our presence and identities as hunters on social media when it seems that the deck is stacked against us? Some people don’t think so.

Social media and the way that hunting content is now published on various social platforms has long drawn the ire of many in the hunting community—and for good reason. Some in our community even feel strongly that hunters shouldn’t be on social media at all. I can’t say that I entirely disagree with this sentiment, and I would take it a step further and argue that in some ways, the world might be a better place if everyone ditched social media.

Some of the core issues that plague the hunting community when it comes to social media are the same problems that trouble our society overall. A thirst for attention and acceptance, vanity, egomania, greed, and the like are not unique to hunting social media.

There are plenty of gripes to make when it comes to the negative impacts of hunting content on social media, and I’ve had my share of bones to pick over the years. Whether it’s egomania, over-sexualization, or shameless sponsor-chasing and attention-seeking behavior, it doesn’t take much searching to find content that I’m ashamed to see put out there as a hunter and social media user myself. The thirst for attention is so great that it’s even becoming common for wannabe “influencers” to tag every company they can think of and even list “sponsors” on their posts when those companies actually have no relationship with the person whatsoever. This is all to give the impression of legitimacy. When hunting becomes a person’s means-to-an-end on social media, it can easily become a slippery slope to a sewage lagoon at the bottom.

Then there are the impacts that the increased level of information and communication can have on hunter crowding in certain areas, and a very real impact on the quality of the experience. Having spots blown out from a little hunting media publicity is nothing new, but it seems that social media has elevated this problem to a level of absurdity in some places.

The Upside of Hunting Social Media

Despite all of this, social media still brings plenty of benefit to the discussion. Plus, it’s firmly woven itself into the lives of billions of people across the world and created unfathomable connectivity.

In other words, social media and hunting social media are here to stay. So, let’s make it work for us. We need to contextualize what we are doing wrong within the hunting community and come up with realistic solutions. Social media can do great harm to hunting, but it can also connect hunters regionally and globally in ways that we never could have imagined even 10 years ago.

Although it’s easy to be drawn to those thirsty influencers as our primary social media examples, it’s important to remember that most hunters who post their photos and videos on social media are simply and genuinely doing it to celebrate their accomplishments and share their experiences in the field. Hunters have shared their experiences long before social media or the internet. Whether it was etching bison images on the wall of a cave, telling stories around a fire, push-pinning your Polaroid on the local hardware store bragging board, or a successful Inupiaq whaling crew being celebrated by their village, hunters have always felt compelled to share their stories. Hunting is such a powerful experience, so much more than just being in the woods, obtaining food, or even killing an animal. It’s human nature to want to share that greater experience. Is that really bragging or gloating over the corpse of an animal? The most cynical among us might say yes, except that this is a brag without malice. Most hunters I know truly enjoy seeing the success of other hunters—through their pictures, videos, and stories—just as much as they enjoy their own success.

The earnest intentions of this content can certainly get lost in translation when the non-hunting public sees it. But consider this: Anti-hunters have long organized on social media, and the internet in general, to attack hunting. They are experts at finding the most overly gruesome and disturbing content and then spinning it to cast all hunters in a horrible light to the non-hunting public. Their efforts often become viral hits with the general news media which generally doesn’t understand the finer points of hunting and conservation.

So, what would happen if all decent, level-headed hunters decided to unplug from social media? For starters, we’d be giving up any relevant, collective voice and influence we might have. Robbie Kroger of Blood Origins, a non-profit with the mission of conveying the truth about hunting and supporting tangible conservation projects says that “social media is the most important battleground for hunting in the world today.”

Telling our story, portraying hunting as accurately as we can, and showing the food that hunting can provide are all important. But, the real key is that hunters can have a strong, unified voice on social media. The networking power that can be used against us is also a powerful tool that we can use to preserve our way of life. Issues like the recently attempted bear hunting ban in California, and the attempted closure of 60 million acres of federal land here in Alaska were met with tremendous opposition, which was largely organized and supported on social media platforms. This sort of organizing simply wouldn’t happen if hunters walk away from social media.

We can’t control what other people post, but we can call out the foolishness we see in hunting social media. We can also choose to unfollow the hunting personalities who are posting garbage, and message the companies that appear to support them.

More importantly, we can be conscientious of what we post and why we post it. If you really want to keep a spot secret … don’t post about it. If there’s an influencer who pisses you off, instead of leaving them negative comments (which seems to only fuel the fire), just unfollow them.

We will surely see posts that we find offensive, but most of the time, it’s our own prejudices and insecurities that cause that outrage. If social media posts have the power to offend you so deeply, you just might need to put down your phone, take a look in the mirror, and ask yourself: “Why is this bothering me so much?”

Read Next: The 3 Anti-Hunting Arguments Hunters Should Actually Worry About

Most hunters aren’t out for sponsors, followers, free gear, or to tell you how awesome they are. They have a genuine desire to share their experience and success, and social media gives us a way to do that. If you feel social media is a hindrance to your hunting experience or happiness, or you find yourself hunting for the wrong reasons, dump it now!

Perhaps if we could flip a switch and remove hunting from social media completely, it would yield some short-term positive outcomes, but ultimately it would leave us as voiceless relics of a bygone era.