How to Tune Your Senses and Become a Better Hunter

At the end of an intensive semester of instruction in courses in wildlife tracking, big-game anatomy, wilderness first aid, and... 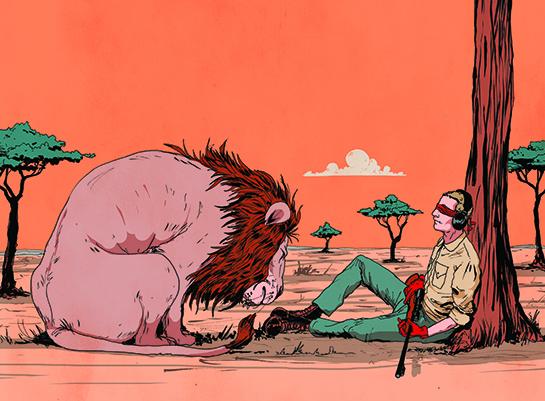 At the end of an intensive semester of instruction in courses in wildlife tracking, big-game anatomy, wilderness first aid, and skinning, students in Africa’s first college-level professional hunter course are blindfolded, gloves are put on their hands, plugs are put in their nostrils, and earmuffs are placed over their ears.

Then they are led out into the bush, placed against a tree near a waterhole frequented by leopards, buffalo, hyenas, and hippos, and told to sit for the night.

The students receive one other instruction: After an hour, they may remove their gloves. Another hour later, they get to take off their earmuffs, then their nose plugs. And, lastly, they can remove their blindfold.

If this sounds life imperiling, know that the students are actually not alone. Professors armed with big-bore rifles are standing by to intercede in case a predator comes along. But for all the students know, it’s them against fang and claw.

The course is the brainchild of instructor Cleve Cheney, and his intention isn’t to scare the stuffing out of his students. It’s to make them better, more aware hunters.

“The field test is designed to wake up the senses,” says Cheney, who teaches at the Southern African Wildlife College, adjacent to Kruger National Park. “We neglect our senses for our whole lives, but they are our primary tools as hunters, to recognize even tiny details in the field.”

What Cheney has noticed is that after the students remove their gloves, they spend the next hour touching everything in reach: the bark of the tree, the dirt of the ground, stones, leaves. When they remove the earmuffs, they spend time straining to hear everything, from the snap of twigs to the wind in the leaves.

“When they finally take off their blindfold and nose plugs, it’s almost as though they are reborn,” says the instructor. “They are hungry for every little detail. They notice bird tracks, and faint scents in the air. When we later take them on big-game tracking courses, they refer to that night in the bush and they really channel their senses.”

Don’t believe him? Then try spending the night in your deer woods blindfolded and with earplugs, and see how the experience sharpens your hunting skills.