Bear Defense Pepper Spray Beats a Firearm (Unless You Can Shoot)

We should rethink the effectiveness of classic bear defenses. 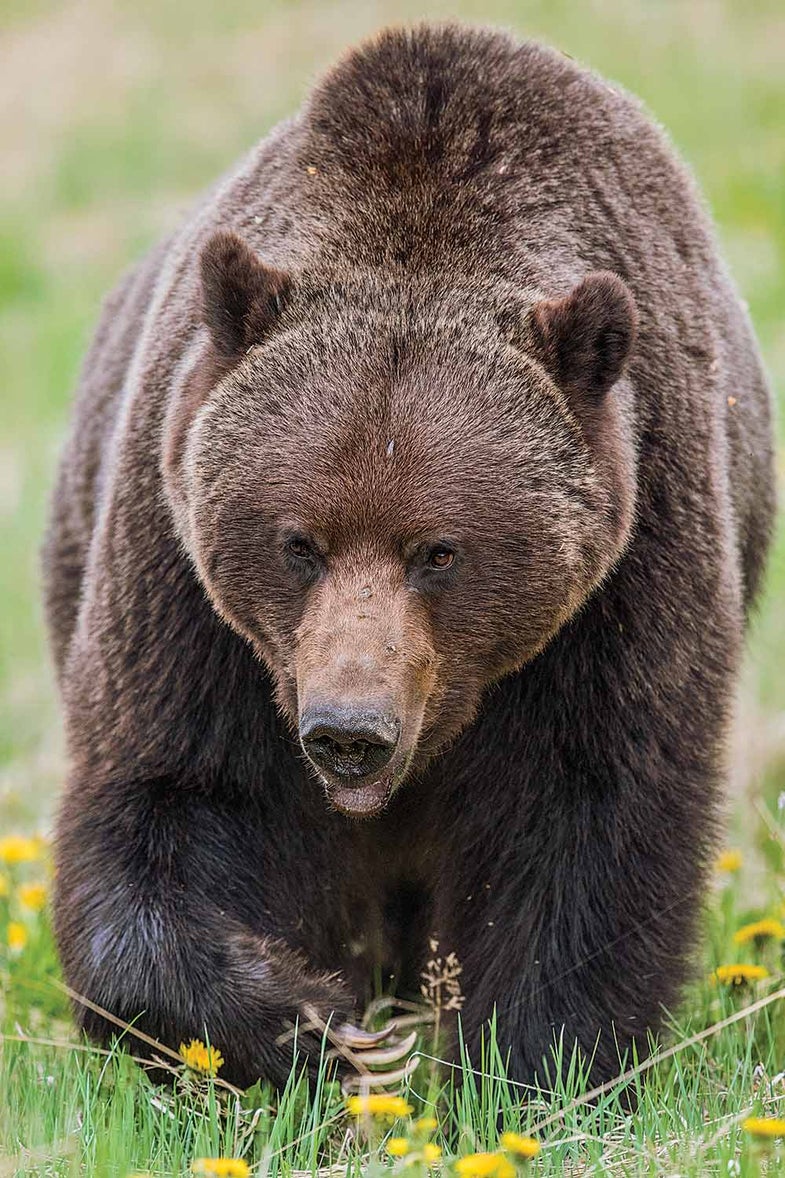 Almost every backcountry hunter has pictured some version of this: An unexpected rustling in the underbrush. The flash of black (or brown) fur. A huffing sound. And then suddenly—snap!—you realize you’re about to have a run-in with an agitated bear. How do you react?

For most of the 20th century, biologists and hunting guides (and magazines, including this one) recommended firearms for self-defense from carnivorous mammals. But in 2012, the Journal of Wildlife Management published a groundbreaking paper, “Efficacy of Firearms for Bear Deterrence in Alaska.” Co-authors Tom Smith and Stephen Herrero analyzed public records, media accounts, and anecdotal information reaching back to 1883. The study examined 269 encounters between 357 bears (brown, black, and polar) and 444 humans, and concluded that people who used firearms for self-defense against bears “suffered the same injury rates in close encounters with bears whether they used their firearms or not.”

Now widely cited by backcountry-area risk managers, wildlife biologists, and bear experts, the study further concluded that bear spray has a better success rate than firearms at neutralizing a bear encounter, and that spray is also less likely than firearms to cause collateral damage to humans or other animals.

Aerosol spray is allowed in every backcountry area in the United States. It’s easy to buy, nontoxic, simple to use, and—because it contains capsaicin, a chili pepper–based chemical that causes intense irritation but no serious physical injury—can be deployed against any threat, including aggressive dogs and human attackers.

When you’re buying pepper spray for use against bears, look for formulations with the highest possible concentration of capsaicin, but avoid mace or other toxic ingredients.

Here are recommendations on bear spray from wildlife technicians, backcountry guides, and others who work and recreate in bear country.

Make sure the canister is easy to carry and deploy. Scatbelt offer versatile holster options.

Check local jurisdictions for any restricted ingredients. Sabre spray is generally allowed in Canada, where other formulations may be prohibited.

Replace pepper-spray canisters annually, and practice with the outdated spray so you are familiar with holster deployment and trigger release. Some retailers offer practice canisters filled with pressurized water.

Practice in situations where you will be surprised and have only seconds to react, says Mike Matheny, the founder of UDAP and himself the survivor of a grizzly attack. “You have far less time than you think.”

The Case for a Bear Gun

Not everyone who works in bear country relies on spray.

Alaska game wardens and backcountry rangers might carry bear spray, but their go-to protection in bear country is a pump-action shotgun loaded with slugs. That was the takeaway from a week in Alaska, training with officers who encounter bears on the job.

The most popular model in the class was a short-barreled Remington 870 Synthetic Tactical. Other favorites are the Winchester SXP, Mossberg Scorpion, and Benelli Nova. The favored sidearm is a Ruger SuperRedhawk Alaskan model in .454 Casull. For rifles, it’s the Ruger Guide Gun or CZ Safari Magnum in .375 Ruger or .375 H&H. —Larry Case

“We think bear spray is a good deterrent for the average person who isn’t really good with a firearm,” he told the Powell Tribune.

Bruscino’s quote hints at the crux of the problem: every bear attack is different and there are countless variables that go into each scenario.

For example on an extremely windy day, bear spray could be useless. As far as firearms go, the caliber of the gun will make a huge difference in how effective it will be in stopping a charging bear. Also, a person’s ability to use their tool of choice will have a large impact on the outcome. I once hunted with an elk guide whose only grizzly deterrent was an axe that he kept tethered to his saddle. After a few demonstrations, I could see that the guide was so incredibly good with his axe that I felt sorry for any bear that even thought about charging him (although I do not recommend an axe as bear defense for most hunters).

With this in mind, what do you think Newshound readers? What’s more effective against a charging grizzly bear, a gun, bear spray or something else altogether?