Find pheasant islands in a sea of cattails 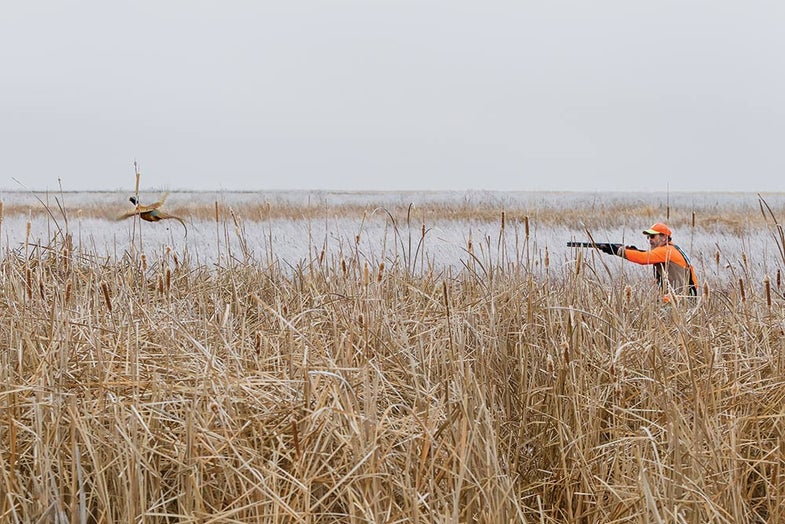 Shooting a limit of roosters on public land is a lot harder than it used to be. Bird numbers are down across most of pheasant country, and hunters who use public ground have taken the hit the hardest. To be successful, you’ve got to switch up conventional tactics.

So forget easy fencerow pushes and big drives across grass fields. If you want to kill roosters, focus on large stretches of heavy cover, and that means cattail sloughs, says Anthony Hauck, director of public relations for Pheasants Forever, who spends about 50 days each season chasing public birds with his two cocker spaniels.

Hauck looks for a string of public lands that run together for at least a half section, but a full section is even better. The bigger the piece, the more likely you are to find birds that haven’t been messed with. He won’t waste time on an 80-acre field.

From there, he hunts his dogs through the largest, thickest cattail sloughs, working into the wind.

Read More: Tactics for Hunting Public Land and Stories About Why We Love It

“Pheasants are edge birds,” he says. “I’m not a biologist, but when I see an inside edge within an expanse of cattails, I know it will hold birds.”

Sometimes the pheasants will bunch up in large groups and mass-flush out of range in a flock of 100 or more. In that case, Hauck hunts his way over to the flush site and gives his dogs a chance to work the area hard. Usually there will be a rooster or two that didn’t fly with the rest and is holding tight. The idea is to break off a few birds from the larger flock and chip away at your limit.