Both have feathers, but the shooting is very different 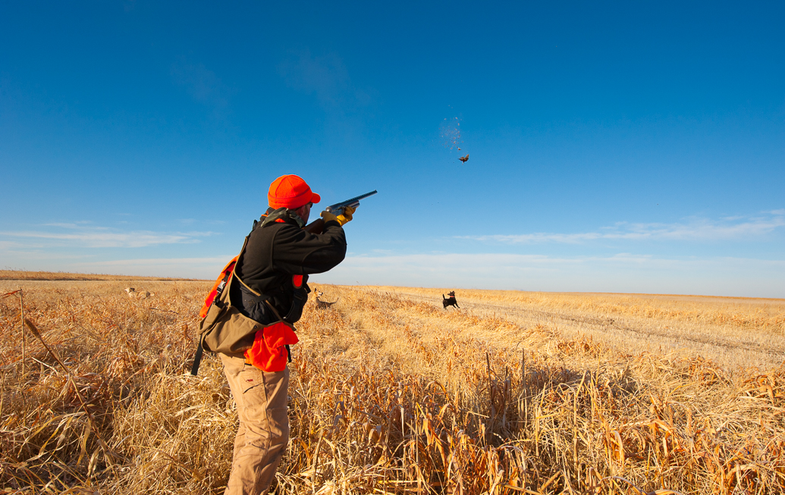 Some wingshooters are wild-bird snobs. I get the appeal, since I’m lucky enough to live in a place with an abundance of sword-tailed roosters that grow armorlike feathers late in the season, skittish Huns that are prone to flushing wild in the wheat stubble, and grouse that dust on old logging roads in the steepest elk country you’ll ever see.

But I’ll never look down my nose at a well-run outfit with planted birds. They are great places to work young dogs and hunt with older companions who can’t hike the uplands the way they used to. And they provide bird-shooting opportunities to thousands of sportsmen who otherwise cannot access wild birds.

Plenty of hunters get to experience a bit of each. And though both types of hunts involve feathers, dogs, and smoothbores, the shooting techniques for each are not the same. These are the key differences.

Wild birds fly harder and flush faster, and most of the time they don’t hold as tight as preserve birds, giving the shooter a shorter window of opportunity to get the gun up and pull the trigger before they wing out of sight or out of range. An efficient gun mount—with the barrel already pointed toward the spot where the birds are likely to flush, and your eyes gazing over the bead on the muzzle—is critical. There isn’t much time to think. The gun needs to be moving right now to establish the correct lead, and ideally you want to trip the trigger just after the butt of the shotgun is pulled into the shoulder.

If you try to employ the same lightning reflexes on a planted bird, you’re going to end up with a mess of feathers in the sky and a worse mess on the ground. Once the bird flushes, reciting a deliberate “one-one-thousand, two-one-thousand” will give it a chance to get out 20 to 30 yards before you shoot, making for a cleaner kill and better table fare.

Hunting stocked birds can be a chaotic affair, with several hunters walking abreast and a dog handler moving back and forth, keeping track of the pointers and retrievers as they dart in and out of the cover. Add to this the tendency of planted birds to fly low, potentially in close proximity to the dogs, and you have a recipe for disaster if the shooters aren’t paying attention to everything going on around them.

I consider taking a conscious mental snapshot of the environment to be a part of the shooting technique for planted birds. I need to know where all my companions—both two- and four-legged—are in relation to me and the bird, and unless I can account for everyone, I pass on the shot.

When chasing wild birds, you still need to be on top of all this, of course, but chances are there will be fewer hunters, fewer dogs, and no guide to worry about. The bigger challenge with shooting wild birds is the physical environment. Deep cattails. Tangles of young alders. Broken rocky ground.

Keeping track of your footing and knowing where you can plant your feet should your dog get birdy will improve your chances of connecting in thick, tough cover.

It’s easy to overthink the right gun, choke, and load combo for bird hunting. I believe half the reason some folks put so much effort into concocting their “ideal” setup is so they’ll have something to argue about with their buddies in the café before the hunt and in the bar afterward. But it is true that planted birds are more forgiving when it comes to shotgun selection. They are easier to kill than their wild cousins, giving you the flexibility to go with a lighter gauge and a lighter payload of shot.

Whereas I won’t go smaller than a 20-gauge when I hunt mountain grouse, I won’t hesitate to use a 28 on planted pheasants. You’ll never go wrong with a 12, of course, but planted pheasants and sub-gauge shotguns pair as nicely as Stilton cheese and port.

Wild birds merit more consideration, however. On any wild bird, high-brass No. 6s are the lightest I’ll go. If the cover is thicker, the shots are longer, the hunt is later in the season and the temperatures are colder and snow is on the ground, or I’m after larger-bodied birds like pheasants, I’ll go up in shot size to No. 5s or 4s.

There are some hunting operations where the line between wild and stocked birds isn’t very clear. These premium lodges usually put out large quantities of birds early in the season, and by the time your dog points them, they fly and act much like wild birds.

I joined some friends at one such place a couple of seasons back: Pheasant Bonanza in Tekamah, Nebraska.

I used this hunt as an excuse to see whether Benelli’s then-new Ethos 28 ($1,999; Benelli) with its larger 3-inch chamber could hold its own against such roosters. I was fairly skeptical that an extended-length 28-gauge could offer much more ballistically than the traditional 3⁄4-ounce payload.

As it turned out, the nimble Italian-made semi-auto had no difficulty knocking birds out of the sky.

Even when shooting 1-ounce loads, the 28’s recoil was as soft as a mother’s kiss, giving us many opportunities for doubles on the lodge’s excellent roosters.