Opening day of dove season can be some of the toughest shooting of the year. Make it easier on yourself by taking better shots 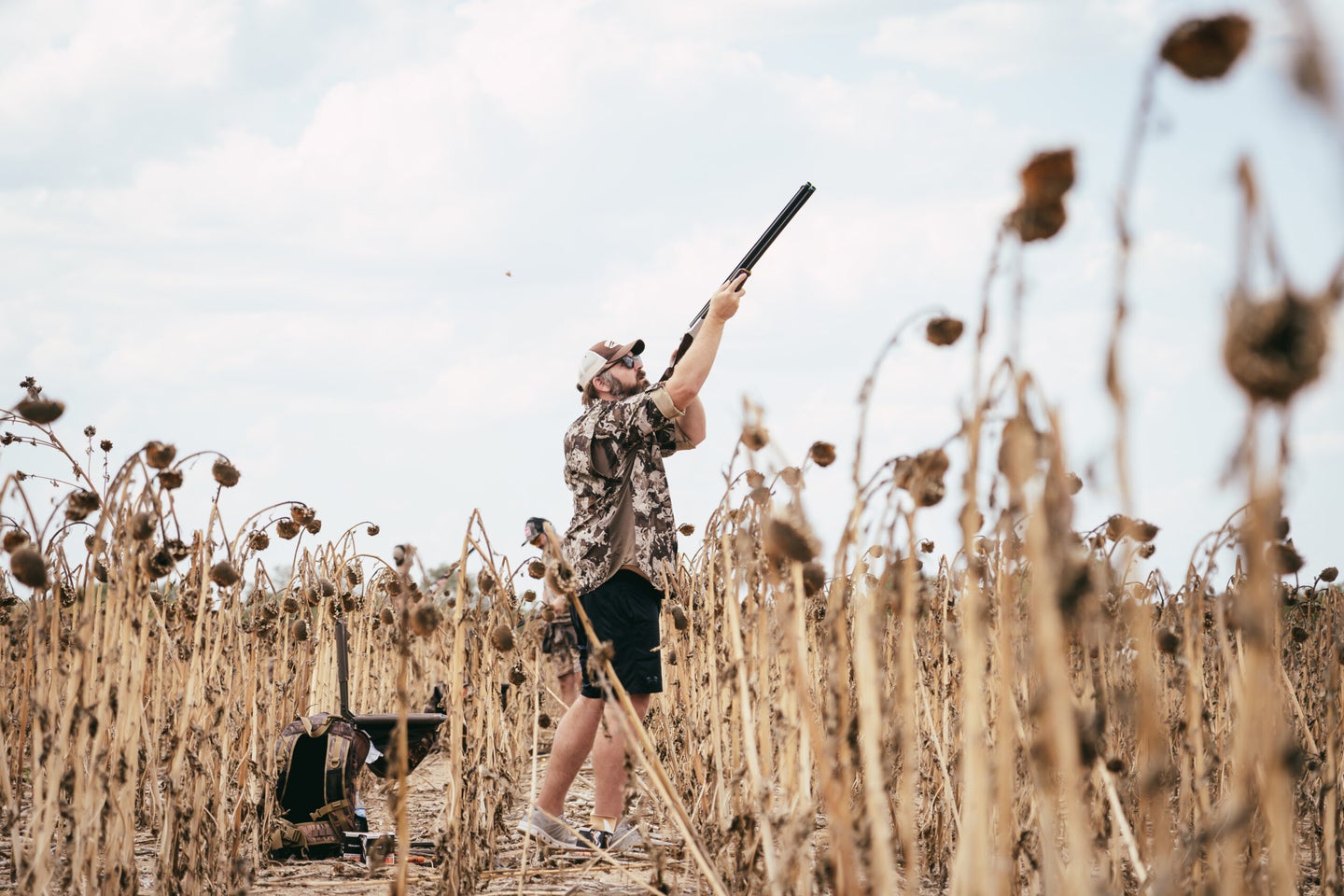 You can have more success on the dove opener by taking more premium shots. Academy Sports
SHARE

For wingshooters, the dove opener is a kick-off to what we hope will be a fall full of rooster flushes, covey rises, and greenheads dangling over the decoys. It’s also some of the toughest shooting you will do all year because doves are small, fast, and can change direction rapidly. Most of us are far better shots by the end of January than on Sept. 1 when a majority of dove seasons open because we have had time to polish our wingshooting skills. It would be nice to have a few months under our belts to shoot bigger birds like pheasants and ducks before doves, but Mother Nature (not hunters) controls the migration. One thing you do have control of are the shots you take when the doves arrive. Setting yourself up for success is the key. That means picking the right location to sit on your five-gallon bucket and selecting the best habitat to shoot over.

Sit In the Treeline

When I am scouting public and my own private fields before the dove opener, I look for flight paths and the surrounding trees doves are landing in. Many times, doves fly from their roost trees to staging trees before feeding. Get tucked in under these staging trees so you’re in the shade—this keeps you cooler and hidden—and you can shoot doves as they slow down to land on a limb, making your target much easier to hit.

A lot of hunters get out in the middle of fields and hunt over spinning-wing decoys. That works, but more of your shots are going to be on doves that are flying as fast as they can. And if you’re first shot misses, they will change directions and hit the afterburner, increasing the difficulty of follow up attempts. Doves coming into a tree are committed. So, even if you whiff on the first shot, there’s a good chance you will have a second opportunity to kill the bird before it flies out of shotgun range.

Shoot Over the Top

Shooting a bird that is flying straight over the top of you is one of the highest percentage shots in wingshooting. I like to hunt this way on a flight line when doves are “trafficking” over my shooting position, coming toward me, but also flying away. Birds coming directly at you is an easy shot. Just find the space out in front of the bird’s head and fire.

A close second is shooting doves flying from behind—you just have to know how to move the gun properly. If you’re a right-handed shooter, stand up—or sit on a bucket or chair—slightly sideways so you can look over your right shoulder without getting a crick in your neck. This allows you to see birds coming from the backside and be prepared. As doves get close, mount the gun, or at least tip the barrel up and have the buttstock just under your armpit (this will allow you to mount the gun quickly). When the bird enters your sight picture, move the barrel below and in front of the bird, and pull the trigger. The mistake many hunters make in this scenario is trying to track the bird by starting the barrel pointed straight up and moving it down as the bird passes over. This blocks the bird from view and makes finding the right lead difficult. My method will seem unnatural at first because you’re actually moving the barrel up a few inches on a dove that is flying away, but tracking the bird is a harder shot because you lose sight of the target and must move the gun more.

To practice this shot, head to the skeet range, and stand in the middle of the field (check with the range attendant first to make sure this is acceptable) with the gun mounted and have a buddy throw clays from the high house while you face the low house. You will quickly realize that you’re only moving the barrel slightly as the clay passes overhead. It’s almost like shooting a stationary target.

A timely dry stretch is always a boon for dove hunters because it concentrates birds around available water sources. Look for tiny ponds or potholes that have turned into puddles. Focus on water small enough to shoot across in any direction. This will give you more opportunities to shoot birds coming in from multiple feed fields.

To hide, look for tall grass or cattails. If there is no vegetation for concealment, cut some willows beforehand and drive them into the mud at the water’s edge. You may need to bring clippers along to trim them down. If cutting brush isn’t an option, bring a hammer, two or three 3- to 4-foot-tall wooden stakes, and camo netting—I use CamoSystems— to create a blind. Put the stakes in front of you and drape the netting over top of them. You don’t have to crouch behind your blind as doves approach like you might in a goose pit during a late-season honker hunt, but don’t pie face the birds either. Doves aren’t particularly wary; you just need something to break-up your outline.

Read Next: The Best Dove Guns in Every Gauge

I like hunting small sunflower and burnt wheat fields for the same reason I like hunting small water—shots are typically closer. Big fields attract more doves, but it also gives them more places to feed, and so patterning their flight lines can be a challenge. The private fields I plant and hunt are all about an acre in size. If I sit in at a mid-point on the edge, I can shoot almost any dove that flies over the field. Doves also have more time to pick you out in a big open field. That won’t be the case in a smaller plot because it’s a such a tight pocket of dirt.

Pick a Shot Window, Stick to It, and Hunt in Pairs

At times, doves will fly from every direction and that can put your head on a swivel. Too many doves can be problematic because you become preoccupied with looking for the next bird instead of focusing and shooting just one. That’s why I like to pick a shot window. I’ll find two landmarks and stick to shooting doves in that zone. You can take it a step further by looking for a space inside that shot window where you ideally want to kill the bird, just like finding the best break point on the skeet range. If birds aren’t using my shot window, I’ll pick a different one. It’s also helpful to hunt with a buddy (two sets of eyes are better than one). Sit facing two different directions if it makes sense for the field you are hunting. That way you can efficiently cover 360 degrees.