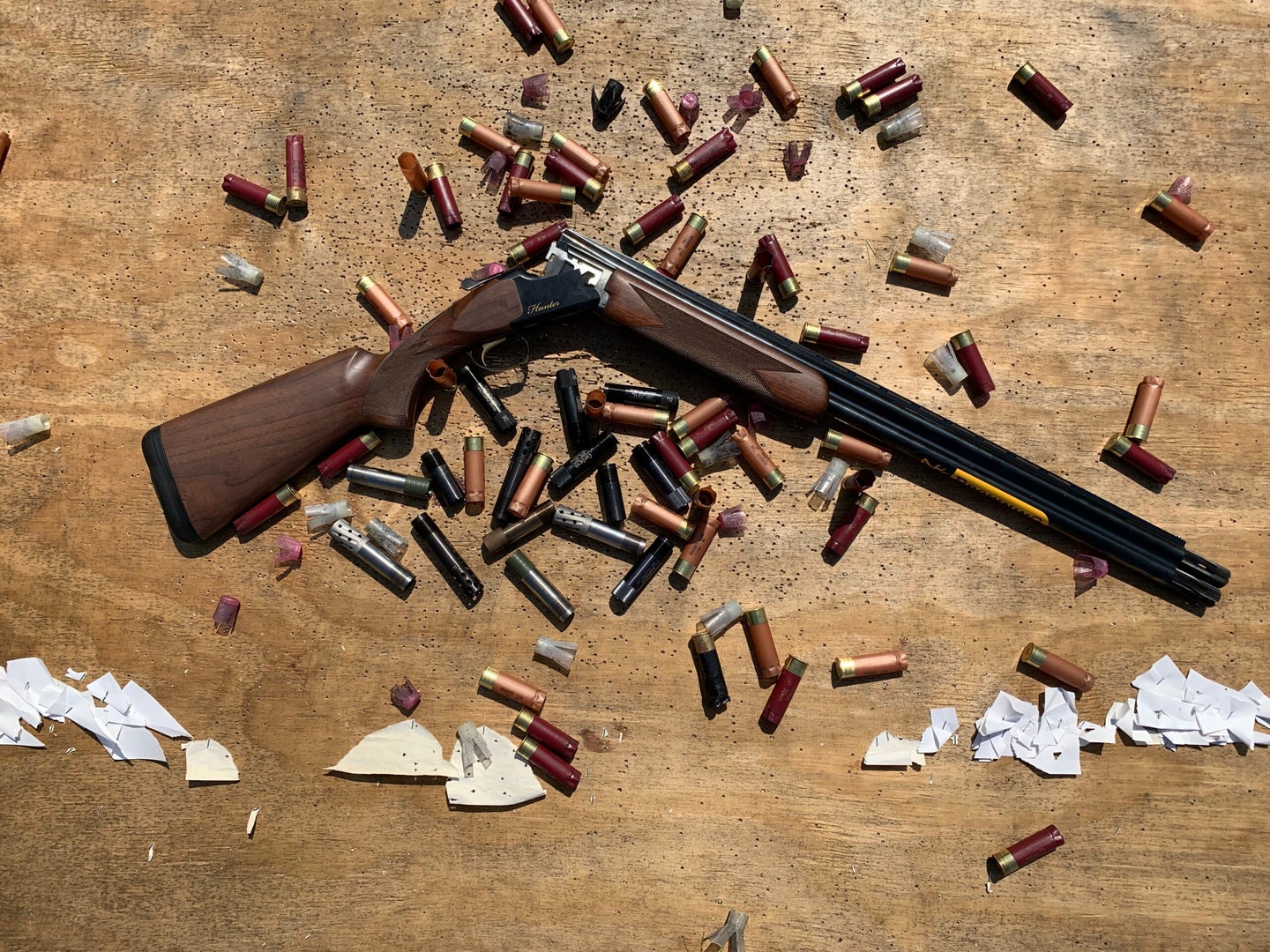 The Best Chokes for Pheasant Hunting of 2022

Aftermarket chokes have proven to increase shotgun pattern density at the target. But it’s not that common to see pheasant hunters using these specialized steel tubes that are engineered to take advantage of shotgun bore diameter. For instance, my Beretta A390 has a bore diameter of .720 inches at the muzzle, tight for a 12-gauge. So, I pair it with a light modified or modified aftermarket choke to get an even pattern at 40 yards that won’t fringe (cripple) birds. My Winchester SX4 has a larger bore diameter of .742, so I use a tighter improved modified or full choke for best results.

Chokes from manufacturers like Jebs, Carlson’s, and Rob Roberts are mainly used by duck or turkey hunters and target shooters to kill birds and break clays cleanly. However, most waterfowl-specific chokes are superb at killing flushing roosters, though many upland hunters figure that their stock choke is fine enough for shooting birds as they rise from cover. And they are not wrong. Plenty of stock chokes will do the job.

Over the years, I’ve found that a variety of stock chokes paired with lead and bismuth—the two shot types I used to test an assortment of chokes in my patterning for this story—can kill birds out to 40 yards, so long as the choke and load are a good match (and I shoot accurately). But you can get a better pattern from some—not all—aftermarket chokes. Shotgun manufacturers build chokes that perform well, but choke makers are strictly in the business of optimizing your shotgun’s pattern. So, it behooves them to create chokes that shoot better than stock tubes—many of them do, especially at distance.

How the Chokes Were Tested

I asked seven manufacturers to send me their best two pheasant choke options for mid- and extended-range shooting. All did, except for Rob Roberts, who sent only the Triple Threat T3. And Carlson’s sent four different chokes—two for lead and two for bismuth. I also shot Browning’s Invector Plus stock modified and full through my test gun—a 12-gauge Citori Hunter—to see how they compared to the aftermarket options.

In all, I patterned 17 chokes using two 2¾-inch, 1¼-ounce loads: Federal Upland High-Velocity No. 6s (lead) and Hevi-Bismuth No. 4s. The mid-range chokes were shot from 30 yards and I shot the extended range chokes from 40. Each load was shot five times on butcher paper. I then drew a 30-inch circle around the densest part of each pattern and averaged the pellet counts to arrive at a pattern percentage. The charts below detail the data collected from testing.

It’s impressive when a choke can deliver an almost 90 percent pattern, which the Jebs High Voltage almost did on all five shots with Federal’s Upland High Velocity lead load. The ported choke also delivered an 82 percent pattern average with Hevi-Bismuth. Jebs sends their steel to a heat-treating facility to increase the hardness of the choke so that it can safely shoot steel and tungsten. As the shot travels through the choke, the Jebs design uses two restrictions and two stabilizing parallels that put drag on the wad and allows the shot to exit the choke in a uniform string before the wad. I could not confirm this because I don’t have access to a camera with fast enough frame speed, but it’s clear that their engineering works because the two Jebs chokes were some of the most consistent of the test.

Patternmaster’s Anaconda uses a gas-over-wad technology called Coil Zone to increase payload density. The gas from the shotshell propellant winds around the wad as it passes through the choke, constricting it for increased downrange effectiveness. The Anaconda MR had the best 30-yard lead shot pattern of the test, placing 257 pellets inside the circle, two pellets better than that of the Jebs .695 best pattern.

Popular with duck hunters, the Rob Roberts Triple Threat T3 proved itself as a deadly pheasant choke in this test. Roberts has been designing chokes for more than 30 years. The performance of the T3 is directly tied to the process by which it is built. Triple Threat chokes are cut in one cycle, first the outside, then the inside for proper constriction, never coming off the lathe. According to Roberts, this is what makes them pattern so well.

When I stepped back to 40 yards, the Patternmaster Anaconda LR produced the top pattern percentage for Federal’s lead load, but just barely. The Jebs High Voltage .685 was only 3 percent less than the Anaconda average and missed best pattern by just one pellet.

Jeb’s High Voltage .685 missed out on being the No. 1 long-range lead choke, but it did take top honors as the best bismuth choke at distance. It’s top pattern (134 pellets) at 40 yards was better than the best bismuth pattern Briley and the stock Invector Plus chokes could produce at 30 yards, though the constrictions on both those—.725 and .720, respectively—were more open.

At 40 yards, the Browning Invector Plus choke was the third best lead choke and fourth best for bismuth. Because the stock choke printed such solid five-shot averages—and does not cost anything extra when you buy a Citori—it was an easy choice for the best budget choke of the test. However, if you shoot a Browning or Winchester with the Invector Plus system and do not have the full choke, it’s under $40—the most affordable on this list.

Q: Do you need an aftermarket choke to hunt pheasants?

You don’t need an aftermarket choke to cleanly kill pheasants, but some of them will give you added pattern density, particularly with shots on birds 30 yards or farther.

Q: How much do aftermarket chokes cost?

Expect to pay between $50 and $100 for an aftermarket choke.

Q: What’s the difference between and early and late-season choke?

Early season or mid-range chokes are typically less constricted than a late-season or extended-range chokes. The former will cast wider patterns more quickly; the latter will keep them tighter, longer.

Q: Why do manufacturers make chokes for specific shotshells and shot types?

For popular loads, like Federal’s Prairie Storm, choke manufacturers can fine tune their chokes to that specific load to increase the performance of the shotshell. With the increased production of bismuth and tungsten-based shot, companies are also engineering chokes that cater to those shot types as well.

Even though dedicated pheasant chokes are not widely popular, it’s clear that an aftermarket choke tube can improve your shotgun’s pattern. That said, the Invector Plus stock chokes I tested proved you can kill any rooster that flushes inside 40 yards—you just won’t get as dense of a pattern as a few select aftermarket chokes. The issue many hunters face is that they can’t test all these different chokes to find out which pairs best with their gun and the load they shoot. Every shotgun, load, and choke combination will pattern differently. The chokes my Citori test gun loved, your own shotgun and load of choice may hate. And most aftermarket choke manufacturers are not going to allow you to return a choke once you have used it. So, before you buy, it’s best to check with them to find out what their policy is if you are not getting the desired patterns from your shotgun.