These five cartridges perform well both in competition and in the field. 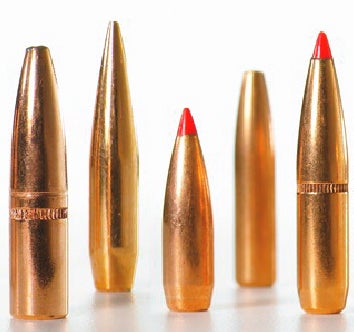 Why We Love 6.5s Has this underrated caliber finally arrived? Diehard fans of 6.5mm bullets and the cartridges they're built with--and I include myself among their number--are a lovesick lot. Something about those long sleek bullets, with their impressive ballistic coefficients, high sectional densities, reputation for accuracy, legendary game-taking ability and generally mild recoil, makes us swoon. We are similarly puzzled as to why so many hunters, in the U.S. at any rate, have been reluctant to embrace these cartridges with a similar fervor. But perhaps this is changing. A spate of modern 6.5s, starting with the .260 Remington, introduced in 1997, have caught on with competitive shooters, who've been racking up wins with them and dominating certain long-range disciplines. What those shooters know, and what more hunters are discovering, is that 6.5s make for exceptionally balanced cartridges that are accurate, easy to shoot and adaptable to any number of tasks. Perhaps the day is coming when 6.5s will shed their reputation as the most underrated class of cartridges in America.
SHARE

These five cartridges perform well both in competition and in the field.