A look at the cartridges that fell victim to poor timing, lousy design or rotten luck 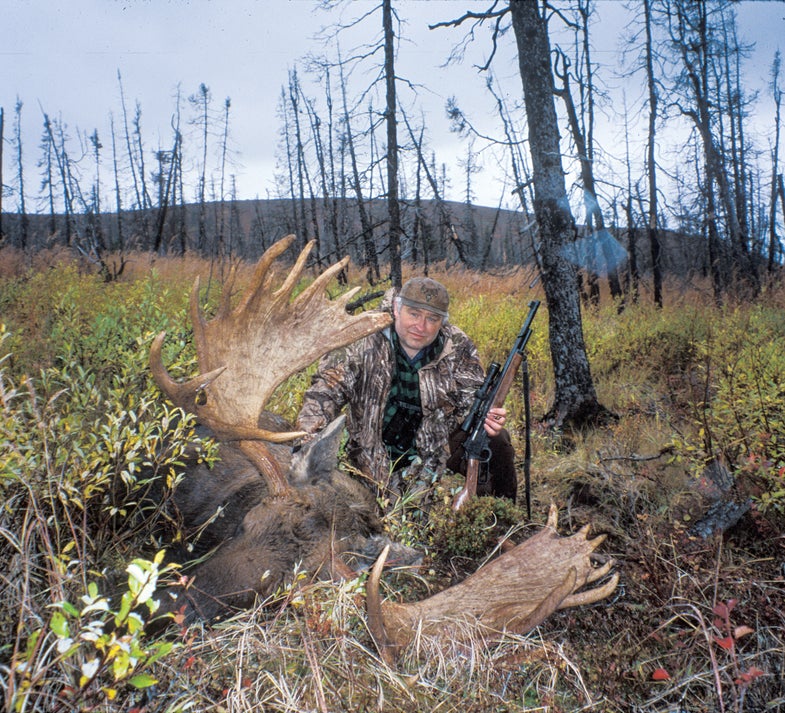 The fate of any new cartridge is anybody’s guess—as unpredictable as Miley Cyrus. Some of the best fall by the wayside, while those that make it often invoke a “who would have thunk it?” response.

Just look at the Newton cartridges. Never heard of them? Exactly.

Charles Newton was the cartridge designer who gave us the .250-3000 Savage. He also had a line of beltless magnum cartridges. The ballistics of his .30 Newton were similar to that of the .300 Winchester, and the .35 Newton exceeded the power of the .375 H&H with some loads. This was in 1913, 50 years before the introduction of the .300 Winchester. These cartridges should have been a raging success, but they weren’t. I don’t know why, except to guess that the public just wasn’t ready.

There are a lot of cartridges that didn’t quite make it. Some are long gone, while many on this list are just clinging to life. The one thing they all have in common is that they were misfits.

Here is our list of cartridges that probably should have made it but didn’t.

A short-action, magnum-performance cartridge in 6.5mm would probably tear up the market today. But back in 1964, the response from the American public was something along the lines of, “This is ’Merica and we don’t want no foreign-measured commie cartridges.”

Of course, the used-gun market has seen the light. A Remington Model 600 in 6.5 Remington Magnum today costs more than my first three cars combined.

This cute little cartridge is a .22 LR Stinger case necked to 17 caliber. By all rights, it should have taken off, but the timing sucked. The .17 HMR, based on the .22 Magnum case, had been introduced two years before and was a huge success. Nobody even looked twice at the lower-powered .17 Mach 2.

You have to wonder, if the order of introduction had been reversed, what would have happened?

This cut-down .222 case was introduced in the Remington XP 100 handgun, but it also saw some limited success in rifles. Very limited. The only thing of note it can claim today is that it’s the parent case for the .300 Blackout/Whisper, which has enjoyed a degree of success.

The plan was to improve the antiquated ballistics of the old .30/30 Winchester and then step back to avoid being crushed by the adoring hordes. But the hordes never got the memo.

Winchester sold a couple dozen rifles, and the cartridge enjoyed a brief success in the T/C Contender handgun. Today it’s mostly a footnote in cartridge history.

Introduced in 1964, at the peak of the varmint cartridge craze, the .225 was a good performer. Except nobody wanted a rimmed case. (Well, semi-rimmed, to be technical.) The .22/250 Remington steamrolled over the .225 Winchester and left it crushed and battered on the slag heap of obsolescence.

The .45/70 is a wonderful cartridge that is still very popular even after 143 years. That’s the problem. The .45/70 dates back to 1873, and was designed for use with low-pressure blackpowder loads. A lot of guns chambered for it (mostly Springfield Trapdoor rifles) were not designed for modern smokeless powder and the higher pressures that we expect to work with today. SAAMI restricts the pressure in .45/70 to 28,000 PSI, and ammo makers are held to that standard by the chance that some idiot with an old gun and a good lawyer will blow off body parts. Handloaders can always boost the .45/70 to higher performance in strong, modern guns like the Marlin 1895. Of course, not everybody handloads.

As a result, back in 2000, Marlin and Hornady teamed up to solve the problem. The .450 Marlin is what a .45/70 should be by today’s standards. Internal case capacity is similar, but the SAAMI maximum average pressure for the .450 Marlin is 43,500 PSI, so it’s performing to “modern” lever-action standards.

It’s a good concept and a good cartridge. I know, as I have used it on moose, whitetail deer, and black bear. It had a fighting chance, until Marlin self-destructed.

The company was bought by Freedom Group, the same organization that owns Remington. The muckety-mucks decided to close the Marlin plant in Connecticut and move production to Ilion, N.Y. As muckety-mucks often do, they neglected the human factor. When they finally got the old machines set up in New York, they didn’t have anybody who knew how to run them. It’s been a long and sad saga, but the bottom line is that they still haven’t sorted things out, and without new guns chambered for it, this cartridge has a bleak future.

A short, fat, beltless case with a rebated rim? Great idea—WSM cartridges proved that. If you could match the performance of the .280 Remington in a short-action rifle, you’d have an instant winner, right?

Winchester’s high hopes when it introduced the cartridge in 1963 never came to fruition. Part of the problem was that the company put a high-performance, long-range cartridge in lever-action and semi-auto rifles with uninspired accuracy. It was combination that was destined to fail.

The cartridge is great, but without a good rifle to shoot it from, nobody cared. Like other rounds that faded from the public eye, now that it is no longer produced, everybody wants one. The Winchester Model 88 lever-action or Model 100 semi-auto command a premium in this cartridge. If you stumble over a Savage 99 in .284, you will need a second mortgage to buy it.

Those of a certain age will remember Maxwell Smart’s catchphrase: “Missed it by that much.” That’s the story of these cartridges.

Remington had its .300 and 7mm SAUM ready for introduction, and had even set a date. A few weeks before that happened, Winchester introduced the Winchester Short Magnum line of cartridges. Remington hobbled back to its lair to lick its wounds. The company rolled out the cartridges a few months after—and with much fanfare—but it was too late.