On an August afternoon in 1863, Christopher Spencer made his way to the White House with a rifle in hand.... 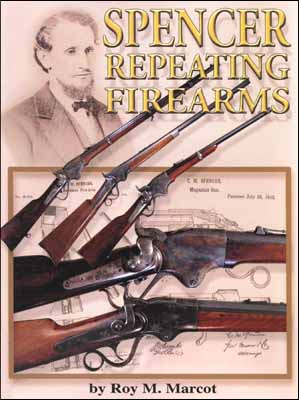 On an August afternoon in 1863, Christopher Spencer made his way to the White House with a rifle in hand.

The gun he was carrying, and which he had invented, was significantly different from traditional rifles of the time that could only be fired once before having to be reloaded. The new Spencer Repeating rifle could be loaded with seven cartridges in a tubular magazine and featured a lever under the trigger. When the lever was pushed down and then brought back up, the spent casing of the round that was fired was ejected and a new round was automatically fed into the chamber.

Upon arriving at the White House, Spencer, President Lincoln and a naval aide walked over to a small park near the Treasury Building where the aide set up a makeshift pine board target so that Lincoln could test the new rifle himself. Repeatedly hitting the target, Lincoln was impressed with the accuracy, rapid-fire and multi-shot capabilities of the Spencer and immediately recommended the rifle to the Army. Soon tens of thousands of Spencer rifles were being delivered to Union troops.

While the Spencer Repeating Arms Company foundered after the war, lever-action rifles, notably those produced by the Winchester Repeating Arms Company, became tremendously popular rifles among pioneers, hunters and homesteaders for the very same reasons they were popular among the troops in the Civil War. More compact, lighter, and easier to handle, they offered the owner quick and multiple shots before reloading.

One of President Theodore Roosevelt’s favorite hunting rifles was a Winchester lever-action Model 1895.

If the anti-gun movement had been active in the late 19th century, they well have labeled such rapid-fire, high capacity magazine rifles as the “assault weapons” of their day. And it would have been as inaccurate then as it is today to label a civilian sporting rifle an “assault weapon.”

For well over a century, many of our most popular sporting rifles have directly evolved from a service rifle of a particular era. Battlefield requirements in a rifle such as accuracy, ruggedness, reliability and fast follow-up shots are features equally sought by hunters and target shooters.

The bolt-action centerfire rifle, for many decades America’s classic deer hunting rifle, is a descendent of the First World War battle rifle, the 1903 Springfield. The bolt-action of the Springfield offered smooth and rapid cycling of the action and allowed for the use of a more powerful cartridge, the .30/06, accurate at ranges out to 1000 yards. More than a hundred years later, the .30/06 remains as America’s most popular big game hunting cartridge.

The first semi-automatic (one shot per pull of the trigger) U.S. service rifle, the Springfield .30 M-1, popularly known as the Garand, saw service initially in the Second World War. Not long after the war, a wide range of semi-automatic hunting rifles as well as semi-automatic shotguns were developed by sporting arms manufacturers and have gained widespread popularity among both hunters and clay target shooters.

Today, the AR-15 looks like the M-16 service rifle that first saw combat in Vietnam. To be sure, the AR-15 does not look like a traditional sporting rifle. Neither, in their time, did the Spencer or the Springfield. What the AR-15 does look like is the latest iteration of a modern rifle that employs advanced technology and ergonomic design to produce an exceptionally reliable, rugged and accurate sporting rifle. Produced in different configurations and chambered in a variety of calibers, AR-type rifles not only can be used for, indeed are exceptionally well suited to, many types of hunting, precision target shooting as well as personal protection. In recent years, AR-type rifles have become among the most popular sporting rifles sold in the United States.

Unfortunately, some anti-gun organizations have worked hard to mislead the public by calling the civilian versions of service rifles, “assault weapons.” This anti-gun strategy is a clever ploy, much in the same way that prohibitionists labeled alcoholic beverages, “demon rum.” True “assault weapons” are in fact light machine guns capable of fully automatic fire. Machine guns of all types have been severely restricted from civilian ownership since 1934.

While AR-type rifles do look different, they function the same way as models of semi automatic rifles and shotguns (one shot per pull of the trigger) that have been in the sporting marketplace for many decades.

From the Kentucky rifle to the most modern sporting arm, accuracy has always been the hallmark of the American rifle. Accuracy should too be the hallmark of any firearms debate.