Duck and Goose Hunting in Manitoba 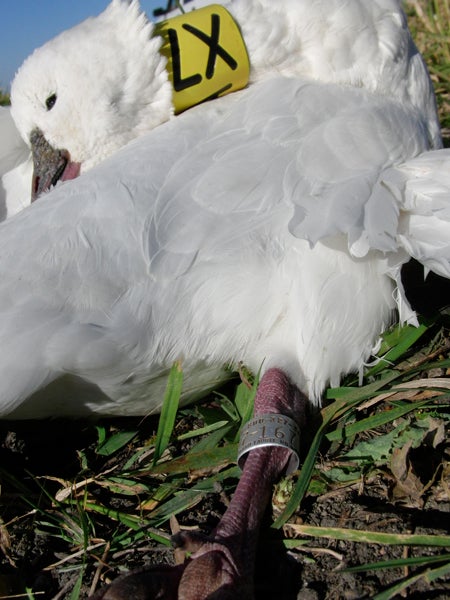 The prize of the trip was this stunning double-banded Ross' snow. Every hunter claimed to have contributed at least one BB to its demise, but Scott Grange of Browning volunteered to take it home and put it on his wall. The rest of us were happy to oblige seeing that he was nice enough to let us shoot his workmanlike guns: Browning Maxuses and Winchester SX3s. Thousands of rounds of Winchester ammunition were fired over three days, with nary a malfunction. We were fortunate to be the first group of hunters to use a new load for Fall of 2011 called Blindside. The pellets are hexagonal and actually stack inside the hull. Let me tell you, it put a hurt on some distant geese. There will be much more to come on this exciting new waterfowl load in the weeks and months ahead.
SHARE
Duck Hunting
Goose Hunting
Waterfowl Hunting