Hunting Ducks and Geese: How to Run Traffic

In a perfect world you’ll know exactly what field the birds will visit at first light. But real-world hunting isn’t... 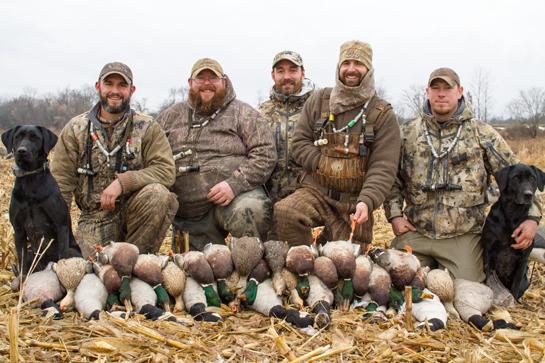 In a perfect world you’ll know exactly what field the birds will visit at first light. But real-world hunting isn’t always so perfect.

On a recent trip to upstate New York I had the chance to hunt with Avery Pro Staffers Arliss Reed and Mike Bard. These guys scout harder than anyone I know, packing up the decoys after a morning a hunt, grabbing a quick lunch, then hitting the road looking to find more birds till dark — sometimes covering hundreds of miles in a day.

But the birds, and Mother Nature, don’t always cooperate. The weekend I was upstate the temperature swung from the mid-60s to the low-20s with periods of heavy rain, light snow, and a little bit of sleet. Geese were everywhere, and flying, but patterning them to a field we had access to hunt was another story.

So the Day One game plan changed: it was time to run traffic.

You’ll often hear that phrase in the magazines and hunting forums, “running traffic,” and it basically means you’re aiming to direct birds into your field and decoy spread — birds that otherwise have a better place to go. You’re not on the X. You’re constructing a new one.

Here’s how it works:

• Figure the wind and focus on concealment first. Not being well hidden is the No. 1 reason birds will flair out of gun range. So focus getting your hide perfect before fretting over the decoys.

• Make the decoys look like real geese. Forget the U, the J, or any other fixed decoy spread pattern you may have heard about. This is especially important in areas with other hunters. Bunch decoys in small family groups around a central area near your hide, like they’re feeding in one particular grain-rich spot. Then spread the rest of your dekes in a junkyard fashion all over the place. We had decoys out of gun range and no discernible hole for birds to land. Instead they filtered down, feet out, between the dekes. There was no hole, but the longest shot of the weekend was still inside 30 yards.

• Make a racket. We called, flagged and did everything possible to get passing birds to look at the spread. Some days birds will be more call-shy than others, so if they’re not responding ease off the calls. But generally you want to make a scene, at least initially.

When running traffic works, it really works. We shot 81 birds over three mornings, including one five-man and two seven-man limits on Canadas, a five-man limit on mallards and blacks, plus a bunch of other ducks. It was a sweet hunt, and all this week OL is posting video from it along with several pro-tips from the Avery team. Stay tuned.