These airy Chinese buns are easy to make, and work with any wild game 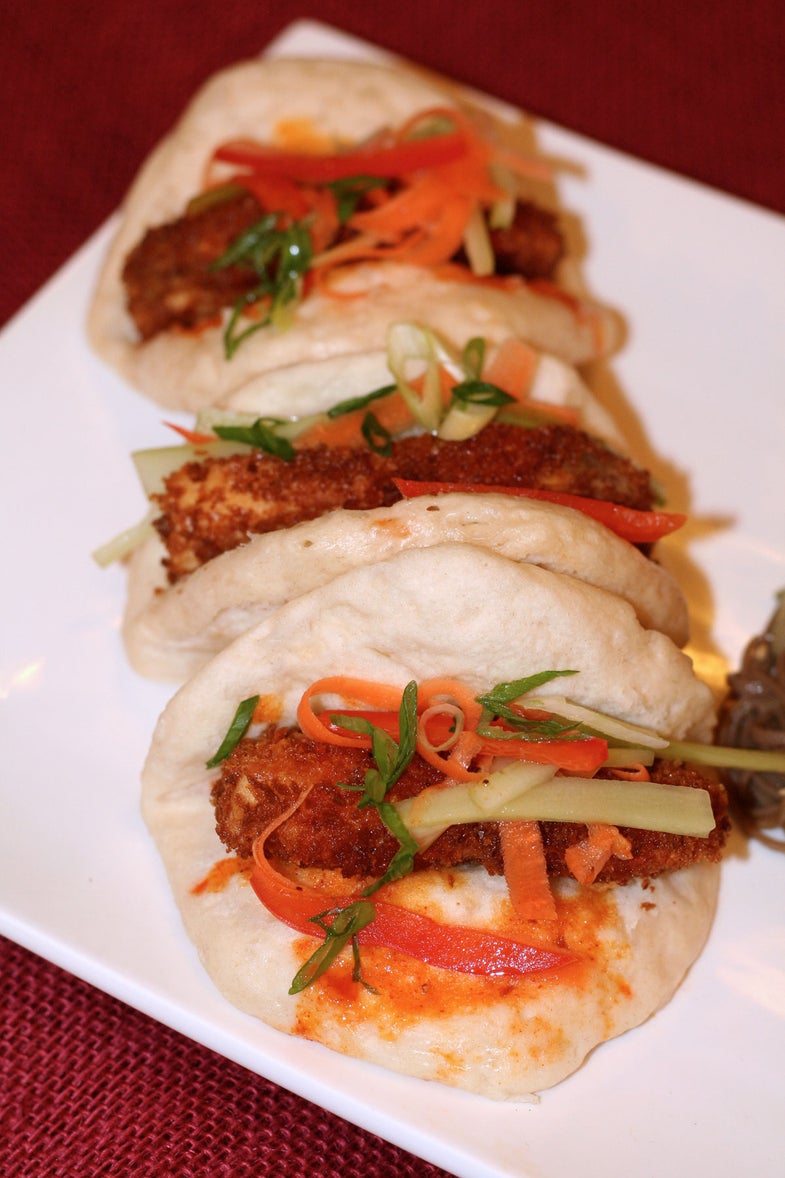 My buddy Mike and his wife Christine went up to Alaska a few months back. When the returned, they gifted me some beautiful salmon fillets and a few backs of halibut. I will say this: I have never been fishing in the ocean, and the only halibut I have ever eaten has been from a restaurant or purchased at the grocery store. The halibut they brought back from Alaska was incredible. Halibut is a firm, white-fleshed fish with a wonderful flavor, and can be used in a number of different ways. I made some a couple of weeks ago, just seared in a cast iron pan and topped with a black-eyed pea relish. It was amazing.

I wanted to eat more of the halibut, but I also wanted to try something a little different. I had come across a recipe for fried shrimp steam buns and planned to try them with some yellow perch. But my last ice fishing outing was unproductive, so I decided to use halibut instead. For those readers unfamiliar with them, steam buns are a Chinese wheat bun. They come in variety of forms, but the ones I love are shaped a little like a taco. The dough is delicate and airy, and even when filled with pork belly or some other kind of fried meat they feel light. They are usually topped with some kind of pickled vegetable and a sweet and sour—and sometimes spicy—sauce.

I have eaten my weight in steam buns over the years, and have made them with everything from pork belly to sand hill cranes. The one thing I have never done though is actually make a steam bun. At first I was intimidated by them, and didn’t think I would be able to make them. Then I read a tip that said to buy Pillsbury Buttermilk biscuits and use them to get a similar texture and flavor. After trying it, I found this was a close enough substitute that I have never even attempted to make them from scratch. When you take the biscuits out of the package you just smash them between your hands until they are about a ¼-inch thick, then fold them in half and put them in the steamer. I steam mine for 11 minutes, and they work perfectly.

These are amazingly simple to put together and are an absolute crowd pleaser. If you don’t have halibut you can use any white fish, or you could substitute pheasant or grouse, or even chicken.

For the pickled veggies

½ of a red pepper, cut into matchsticks

½ stalk of celery, cut into matchsticks

Directions: Combine all the ingredients and let sit for at least 30 minutes before using.

Directions: Whisk the ingredients together until combined.

Put it all together: When you are ready to make the buns, steam them for 11 minutes. While they are steaming, heat your oil to 350 degrees. Dredge each piece of fish in the flour, then eggs, and finally the breadcrumbs. Fry in the oil for 2 minutes per side, then remove from oil and season with salt. Open the steam bun and place one piece of fish in each bun top with pickled veggies and sauce.