This simple Japanese noodle dish is easy to make 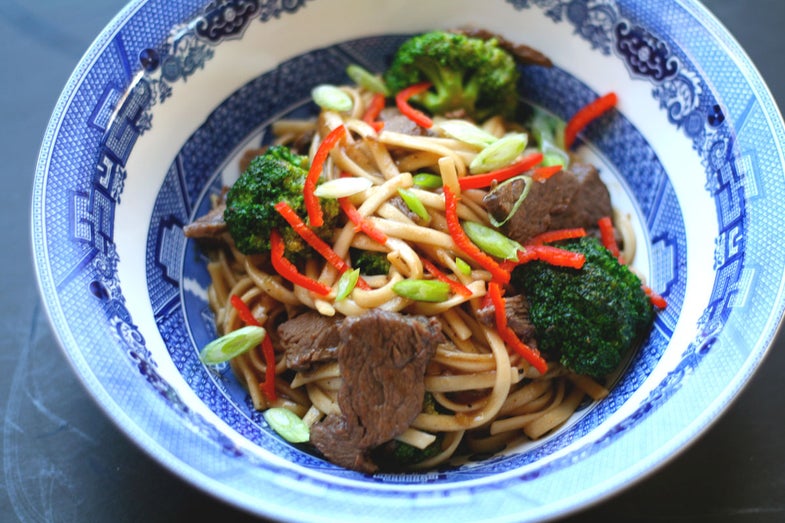 I know I’m going to flak for this, but I am not a big fan of venison tenderloins. Yes, they are tender and everybody raves about them. I’ve heard it all before: a little salt and pepper, seared in butter, and it’s the best thing you’ll ever eat. Maybe that’s true for some people, but I usually give the tenderloins away because everybody values them more than I do. Most of the deer I shoot have been shot on some farmer’s property, and I usually give the loins to that farmer as a thank you for letting me hunt.

Here is my issue with the tenderloins: There isn’t much to them. Even on a big whitetail, they’re only about 8 to 10 ounces a piece, which isn’t nearly enough to feed my whole family. The tenderloin is tender, but the rest of the animal is far more flavorful. (I have also noticed that all of these people who claim to love the tenderloins leave them in the deer way too long and when they go to butcher, half of the loin is dried out and has to be trimmed away. That has never made any sense to me. Right after I gut an animal the first thing I do is pull out the loins and put them on ice.)

I do eat tenderloins sometimes—I just prefer to use them in a stir fry, as opposed to grilling or searing. When given a quick stir fry, they stay tender. I also like a stir fry because it it maximizes the amount of food I can feed my whole family with the tenderloins (as opposed to just searing in butter and feeding only me). For this stir fry I added broccoli and Udon noodles for a classic Japanese dish called Yaki udon. When slicing the tenderloins, make sure to slice them while they are still a bit frozen so you can get a nice thin ¼-inch slice.

Marinate the venison with 1 teaspoon of soy sauce and 1 teaspoon of sake. Make the sauce by whisking together the oyster sauce, 2 tablespoons of sake and the black pepper. Add the sesame oil to a frying pan and saute the ginger until fragrant. Add the broccoli and stir-fry until coated with oil and then add the venison. Stir-fry until the venison is mostly cooked, and then add the cooked udon noodles and sauce. Stir-fry until the liquid has evaporated and the noodles start to caramelize. Serve with thinly sliced green onions and red chili’s to garnish.