A 240-Pound, Century-Old Lake Sturgeon Was Caught in the Detroit River 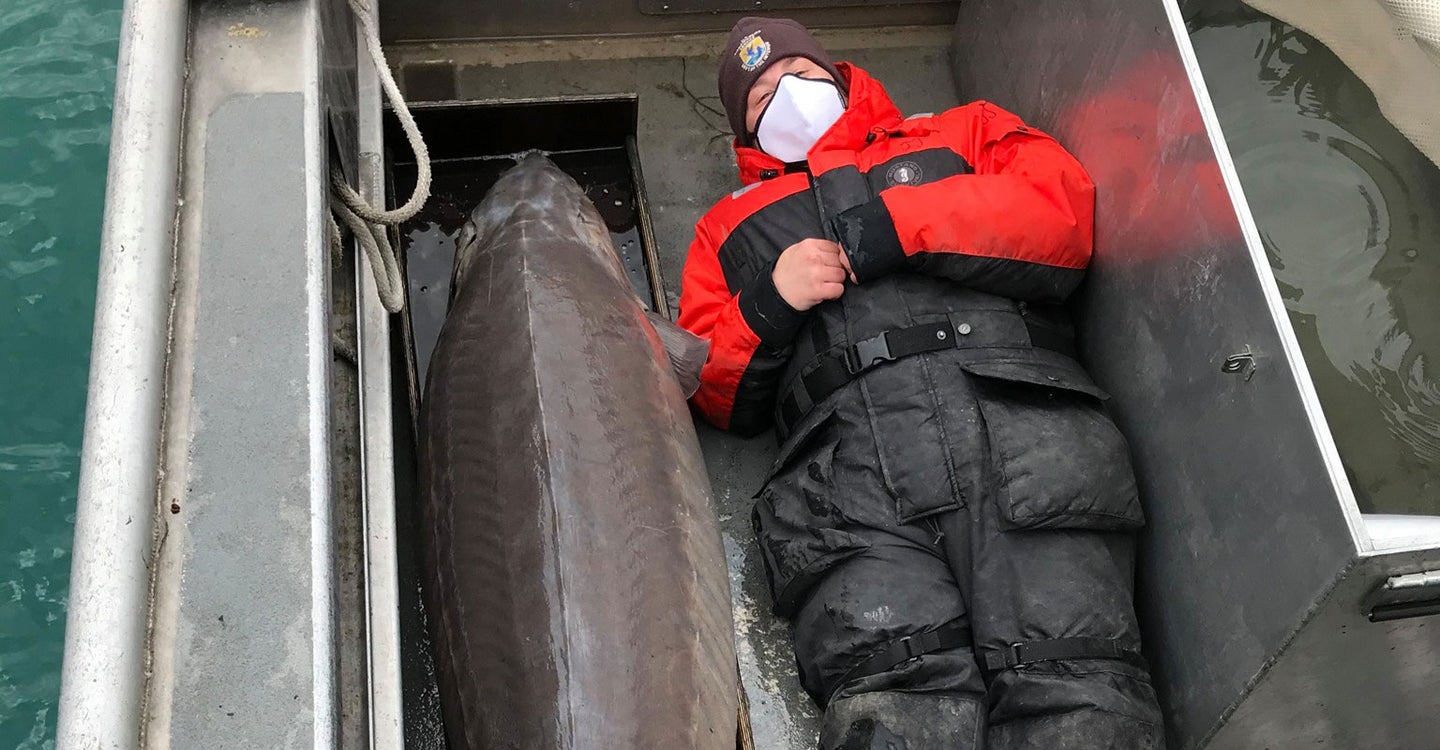 The 240-pound fish is estimated to be more than 100 years old. Alpena Fish and Wildlife Conservation Office
SHARE

A massive 240-pound lake sturgeon was caught last week from the Detroit River by a fishery conservation crew of the Alpena Fish and Wildlife Conservation Office. The female fish had nearly a four-foot girth and was estimated to be more than 100 years old.

The sturgeon fish was larger than crew members who caught it, measuring 6-feet, 10-inches long. A quick photo of the fish was captured with a crew member lying beside the sturgeon to show its incredible size. Then it was released unharmed back into the river, which connects Lake St. Clair to Lake Erie and is the border between Michigan and Ontario.

It’s the largest sturgeon caught in Michigan, said fish biologist Jason Fischer in a television interview for the Canadian Broadcast Company. The previous heavyweight lake sturgeon from Michigan weighed 193 pounds and was caught nearly 50 years ago.

The conservation crew reported in a Facebook post that the sturgeon likely hatched in the Detroit River in about 1920, when the nearby city of Detroit was the 4th largest in America.

The fish is one of the biggest lake sturgeon ever recorded in the United States. They typically range 3 to 6 feet.

Lake sturgeon are one of the oldest species in the Great Lakes, and can live up to 150 years, exceeding 8 feet in length and a 300-pound weight, according to biologists at Michigan Sea Grant. Lake sturgeon are a near-shore species and feed along the bottom in 15 to 30 feet of water, consuming snails, mussels and small fish.