Atul Mallik's fish is sure to beat the long-standing top mark of 38.4 pounds 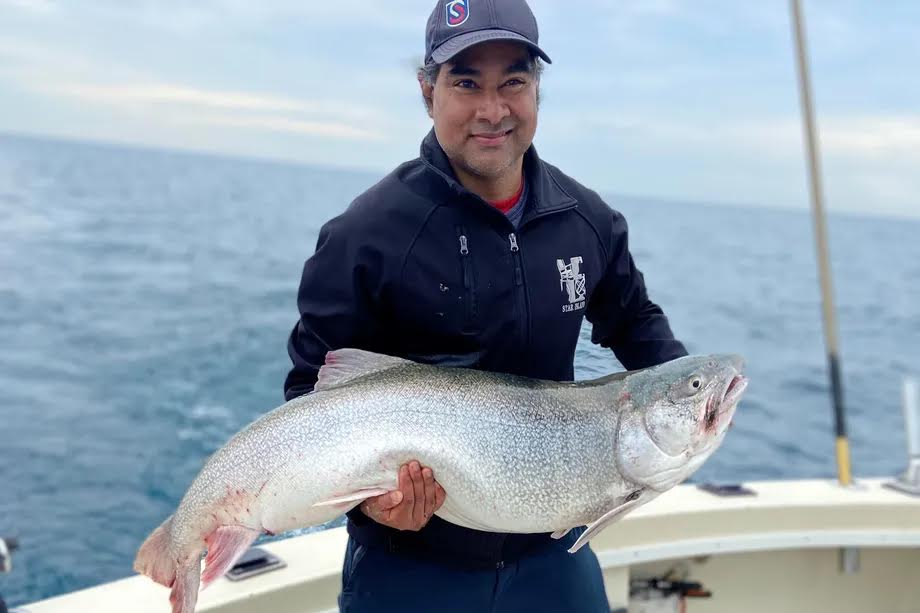 A giant laker sure to be the next Illinois state record.
SHARE

It had already been a great day of lake trout trolling on Lake Michigan off of Montrose Harbor, located on the north side of Chicago, charter boat “Massive Confusion” for the Mallik family. Six of the family members already had caught a laker. Then it was Dr. Atul Mallik’s turn to take the rod following a fish strike.

The fish, a 39.16-pound, 45.5-inch laker, will likely be Mallik’s most memorable trout ever. The near 40-pound fish is almost guaranteed to be an Illinois record lake trout after it’s officially accepted by the state.

Mallik’s fish was weighed on certified scales at Montrose Harbor’s Park Bait, with witnesses on hand, according to a report in the Chicago Sun Times.

Read Next: Use Big Baits to Catch Giant Lake Trout Through The Ice

Mallik’s fish had a 28-inch girth. It was taken in 110 feet of water and hit a green-and-white “Spin-N-Glo” with a prismatic fly, trolled behind a size “0” chrome dodger. The fish tops the old record of 38.4 pounds taken in August 1999 by Ted Rullman in Lake Michigan off Lake County.

Paperwork for the record fish was filled out at Park Bait where a biologist from the Illinois DNR will check the laker. Following that inspection, the record will be Mallik’s.

Mallik will have the fish mounted by taxidermist Tom Wendel in Arlington Heights.

“This is a fishing family,” Mallik’s wife Kirsten said. “There were three generations (of Malliks) on the boat.”