Founding a Local Conservation Club is Harder Than it Seems

The highs and lows of the go-it-alone conservation model 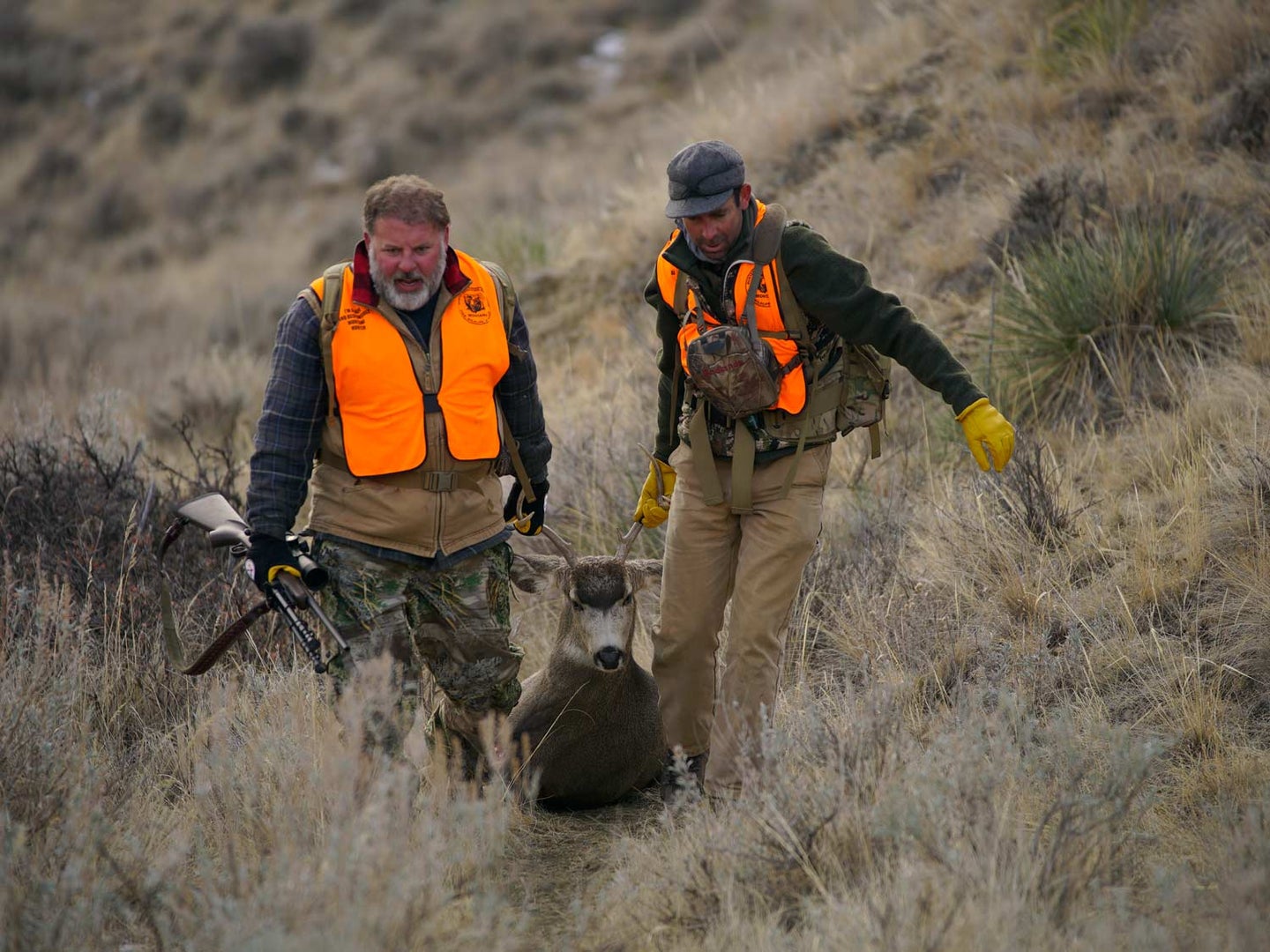 Recruiting new hunters, throwing banquets, granting money, running conservation projects. It all takes time and manpower that can be hard for a small club to muster. Matt Arkins
SHARE

Editor’s Note: This is the third of a four-part series on Hunting Editor Andrew McKean’s efforts to ditch the national conservation organization banquets and start a more effective local group in his hometown of Glasgow, Montana. | Read part one here. | Part two here.

Hi-Line Sportsmen, based in my hometown of Glasgow, Mont., organized around a couple of foundational principles. First, we resolved to continue our fundraising banquet, which we’ll throw on Leap Day this year, Feb. 29 (hit me up for tickets!). We also agreed that we wouldn’t get involved in issue advocacy lest it divides our membership. And we created a system to distribute funds back to the community by prioritizing the conservation and public benefit of the need.

In our few years—February’s banquet will be our fourth—we’ve raised thousands of dollars from the community. We’ve done that by soliciting donations and by buying products from local merchants to be used as prizes, by raffling a mother lode of guns, and by creating a climate of give-back euphoria so intoxicating that our neighbors literally shove cash at us. With that money, we’ve done an adequate job of funding local conservation needs. We have cost-shared fencing projects on public lands, we’ve purchased docks for local fishing access sites, improved public campgrounds, hosted handgun training courses, and sponsored an Archery in the Schools program. We’ve funded college scholarships, bought targets for our 3D archery range, started a mentored-hunter program, donated hundreds of pounds of locally harvested venison to the food bank, and we’ve helped fund a local .22 rifle league.

But I’m sorry to say that it’s harder to do all of this than we expected.

It’s hard to attract and retain volunteers. It’s hard to give away money. And it’s hard to sustain the vision and commitment to a common purpose that energized us when we founded Hi-Line Sportsmen five years ago.

We’ve been meeting bi-weekly this month as we ramp up to our Feb. 29 banquet, and at our last meeting we actually discussed the possibility of dissolving the group if we can’t resolve our hardships, the most pernicious one being apathy. While we agreed that’s a drastic, last-gasp step, it’s an indication that this go-it-alone brand of conservation that we embraced so energetically five years ago is more problematic than we imagined.

A Poverty of People

It’s instructive to look at the some of our specific ailments. Take participation. While we routinely get 120 people at our banquet, and our volunteers turn out in force to run games, raffles, and the kitchen, the number of people who actually organize and deliver our banquet is pitifully small. And the number of people who meet the rest of the year is even smaller, like maybe five or six, sometimes fewer. When we volunteers started to work together under the National Wild Turkey Federation chapter system, we were mostly young, childless, and had time to give. Now, we have kids involved in all sorts of activities, we ourselves volunteer for lots of other groups, but we haven’t managed to attract a new generation of Hi-Line sportsmen, those 20-somethings who are avid hunters and anglers with the spare time that we used to have.

Our volunteer leader is Jenn Jackson, who we appointed “president for life” three years ago because of her singular ability to organize, motivate, and hold the rest of us accountable. She alerts us to meetings, makes agendas, and keeps us motivated. And she’s getting exhausted.

“I am wearing down in the position I am in with the Hi-Line Sportsmen,” Jenn emailed us earlier this month. “We’ve tried for four years to make something of a great non-profit and we have done some pretty awesome things in that short time, but with the lack of enough new group members to build it up and the amount of other ‘things’ (i.e. families, work, life, hobbies, 4-H groups, Boy/Girl scouts, church activities, the multiple other volunteer-based groups we are involved in) our main group of members spend time on, we are spread thin. In the last year it has really shown and if we don’t get better attendance and more interest I am going to look into our options to possibly dissolve the group.”

This is one problem with volunteer organizations in general—everybody expects everybody else to get the work done—but it’s also a failing of our hyper-local vision. While a national group can use branding, perks, publications, the push of celebrity spokespeople, and the pull of a unified conservation purpose to articulate the vision of the organization, local groups struggle with mission. Our “Keeping Conservation Local” might mean one thing to me, but another thing to other members.

This participation problem isn’t unique to Hi-Line Sportsmen. Organizations, especially those that rely on volunteers, from the Red Cross down to local Kiwanis clubs, are reporting an erosion of members. It’s one reason those paid regional directors for national critter clubs put so much time into recruiting and retaining good volunteers, and promoting a leadership hierarchy that bestows honorary titles on participants. There are chapter presidents and treasurers, state presidents (and past presidents). These titles, and the work associated with them, keep people involved in the mission of the organization. Our Hi-Line Sportsmen don’t trade in titles so much as effort. But effort needs constant feeding in order to sustain passion and purpose.

A Poverty of Purpose

Putting on a banquet isn’t brain surgery, but we also don’t want to host a flop. So we spend a good deal of time thinking of the guns we want in the room, the amount and type of raffle merchandise, and details like the meal we serve. I’ve noticed that we get much more active participation in meetings prior to our banquet than we do the rest of the year. The reason? Perceived need and a clear mission: to throw a successful party.

You might recall from the first paragraph of this piece that one of our guiding principles was to stay away from issue advocacy. I’m not sure that was a good idea. It turns out that Hi-Line Sportsmen isn’t the first grassroots conservation club in Glasgow. Two decades ago, the biggest hunters’ group in my town was called Valley Sportsmen. They boasted maybe 20 or 30 active members, and their clear mission was to lobby our state Fish, Wildlife & Parks department on local hunting regulations. The group was tenacious, disruptive, and for a time very effective.

Jim Rector, a local attorney and sportsman who co-founded Valley Sportsmen, told me that after a few years, the club failed to agree on its direction and ran out of fights to pick with FWP. Without a mission or an adversary to battle, the club lost participation and purpose. It folded about 15 years ago.

“Unless you have a reason to exist and a mission to pursue, you’re just a fork-and-knife club,” Rector told me. “People are busy. They have plenty of other causes to give their time to, so unless you solve a problem for people, or inspire people to get involved in a mission that’s bigger than they can solve alone, you’re dead already.”

A Poverty of Need

Lastly—and this one cuts me deep—I think we overestimated the amount of conservation need that exists in our community.

I base that conclusion on the evidence that we cannot give our money away. We raise far more money every year at our banquet than we award in grants in the remaining 51 weeks. We promote the availability of our funds regularly, but maybe people don’t think their project qualifies, or they think that we’re saving money to spend on something big. Or maybe they think our simple application process is too cumbersome.

I don’t think any of these issues is the real root of the problem. We don’t look at the funds that we generate as ours; rather we hold them in trust for our neighbors, and are eager to use them to improve our community, in large and small ways. Our application is designed to prove the public benefit of the request, and to ensure funds aren’t used for projects outside the scope of our mission, which is to improve wildlife habitat, enhance free public recreational access, and promote hunting, fishing, shooting, and outdoor recreation in northeastern Montana.

Would we be better off sending our surplus money to a national organization, to be used for conservation benefit elsewhere? Is that a better alternative than sitting on a balance of unspent funds that grows every year? I’m not so sure.

So, one solution that we’ll demonstrate at next month’s banquet is to make a meaningful and public donation to a cause that would never be funded by a national critter group. We intend to present a large check to Valley County Search & Rescue to purchase a boat large enough to tackle the dangerous waves and strafing winds of Fort Peck Reservoir, the huge lake in our county that’s surrounded by public deer and elk hunting. The population most frequently in need of rescue? Hunters. Just like us.

Pt. 4: The future of citizen conservation