This fixed 3-blade broadhead is so simple, it’s almost stupid 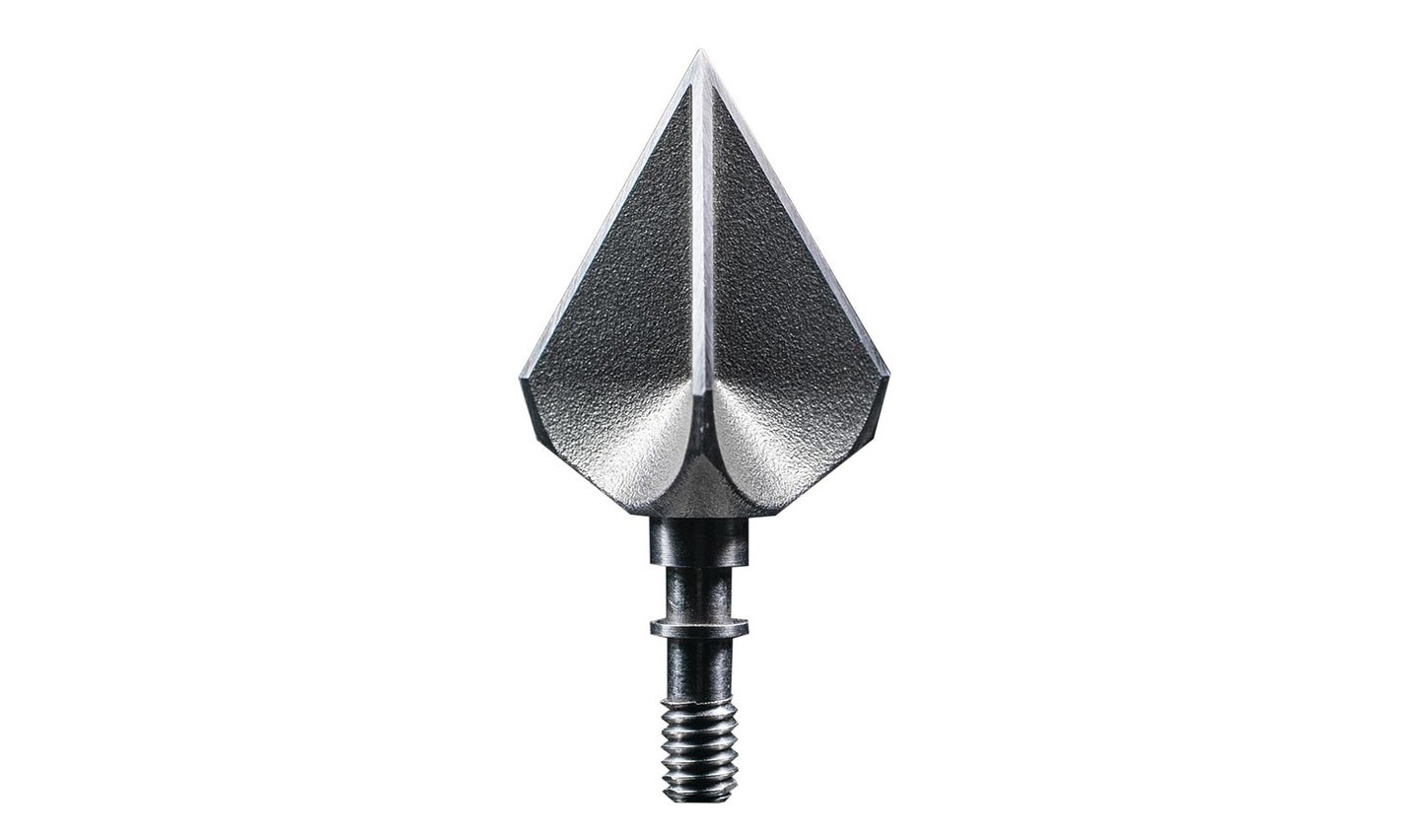 There’s already enough gear involved in bowhunting that, when it comes to my broadheads, I just want something simple. Which is the most appealing thing about this new Annihilator broadhead: its simplicity. The three-blade head is built around a single piece of 4140 alloy steel, which somehow makes it look old-school and brand-new at the same time.

The new company, founded by hunting buddies Micah Brown and Brandon Brodie, eliminated plenty of existing broadhead conventions—there are no vents, fasteners, or detachable blades—but they also added what they call a “partial back-scoop wedge” to the head.

The actual cutting surface is relatively small, but the Annihilator cuts on contact while the scoop design punches a hole in game, pushing and pulling tissue to create a large wound channel. (The cutting surface area on the 100- and 125-grain heads works out to .180 square inches, with a cutting diameter of .910 inches.) The fixed head is designed to gouge holes instead of cut slits. This scoop-style broadhead does introduce some drag, but this is reportedly a feature, not a bug. Brown and Brodie say that the wedge puts drag in the right places for optimal flight stabilization.

The company also claims that “the Annihilator will not warp, bend, or break when passing through an animal, no matter the shot.” Brown and Brodie kept a hole-riddled car hood in the booth to emphasize this point.

Three-packs of the 100- and 125-grain broadheads are already available on Annihilator’s site for $55 and $57, respectively. That’s pricier than many fixed-blades, but if you consider the hassle you’re saving with such a simple piece of equipment, it might be worth it. The two larger heads—the 125-grain XL and 150-grain XL—are coming soon, and all are made in the USA.