The .221 Fireball is a well-rounded varmint round that's easy to load and effective out to 250 yards 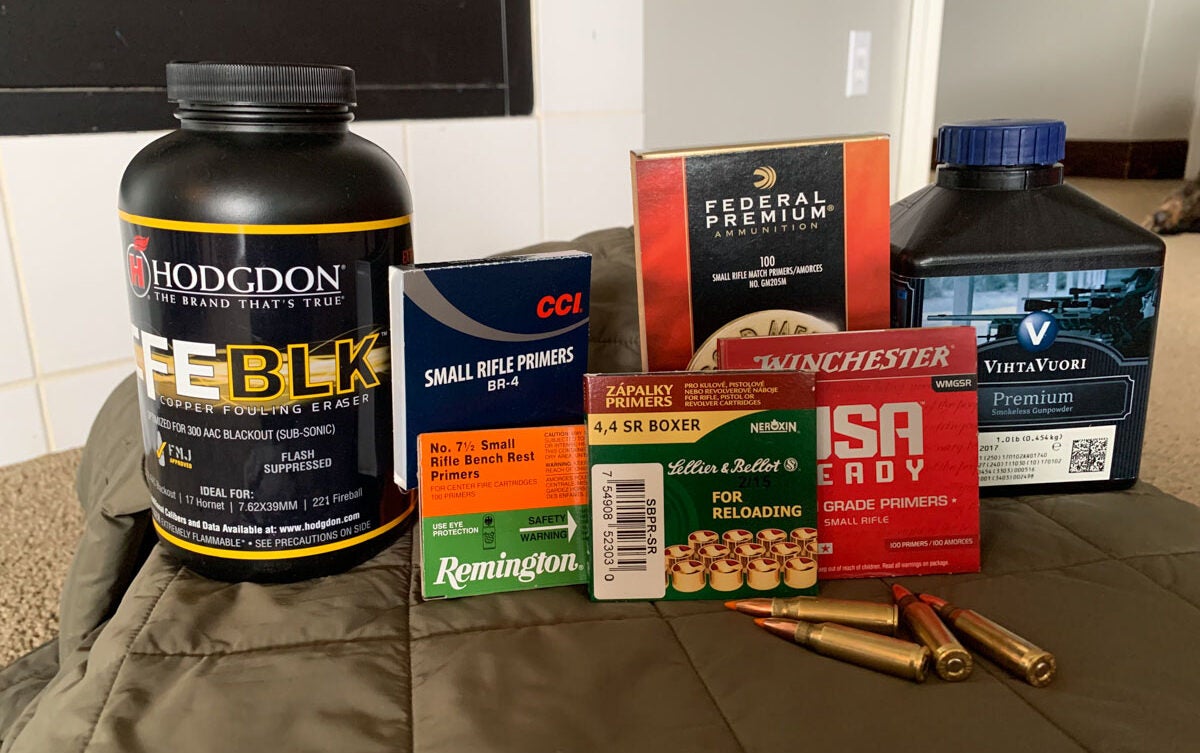 The .221 Remington Fireball was originally introduced in the early 1960s as a handgun cartridge for the futuristic XP-100 handgun. Apparently, the name was derived from the tremendous muzzle flash that the cartridge produced in the short—10¾-inch as I recall—barrel of this plastic stocked, doglegged bolt handled wonder. It didn’t take enterprising varmint and target shooters long to repurpose the round into a first rate rifle cartridge that was extremely effective for colony varmints and predator calling in much of the United States.

The cartridge itself is one of the numerous spawn of the trailblazing .222 Remington—a cartridge designed by Remington’s long serving rifle and accuracy guru, Mike Walker. The .221 Fireball simply shortened the parent case to 1.400 inches and reduced the neck length to something that looked a little less ostrich like. The result was a beautiful little round that packed about 97 percent of the .222’s velocity in a case that was just over a quarter inch shorter.

I purchased my first Fireball after a couple of friends and relatives had rifles built in the caliber in the mid-1990s and was able to witness firsthand the utility of the round. I’ve subsequently owned a couple of them and found them to be one of the most effective and enjoyable (not to mention straightforward to load) varmint cartridges around. While not a precise equal to the venerable “triple deuce”, the two are similar enough (with the right propellants and bullets) to make field performance almost indistinguishable.

The single most impactful development for Fireball performance was the introduction of 40-grain plastic tipped bullets, first by Nosler, to be followed rapidly by Hornady and Sierra. Prior to these bullets’ introductions in the early 90s, varminters were limited to thin jacketed conventional softpoints and hollow points, and while these bullets are still available and still provide good results, the on-rodent performance of the lighter plastic tipped bullets is at a different level. The comparison is easiest to see in the areas of ballistic coefficient and velocity. The BC of the 40-grain bullets is virtually identical to the legacy bullets, but the lighter weight allows for velocity gains in the neighborhood of 300 to 400 fps when paired with the right propellant. Combined with the advantages that the tipped bullets confer in terminal effect, the cartridge gains a completely new and impressive performance level. Wind drift and drop are both significantly less, which is very helpful on windy days or for shots over 200 yards.

Propellants for the Fireball tend to be similar to those that perform well in the .222, only they skew toward the faster end of the spectrum, especially with light bullets. Extruded powders such as RL-7, vv N-120 and N-130, H-4198 and IMR-4198 all provide top notch accuracy and deliver good velocities with a variety of bullet weights. Spherical propellants also shine in the .221 and typically deliver top velocities and often peak accuracy. In this family of propellants reside AA-1680, CFE-BLK, W-680, AA-2200—and with heavier bullets, Exterminator and AA-2230. Especially notable are AA-1680 and CFE BLK, both of which are capable of pushing 40-grain bullets to well over 3,400 fps in this case.

Unlike some of the really small cartridges, such as those in the Hornet family, the Fireball is not super sensitive to primer selection. My rifles have worked well with primers such as the Federal 205 and 205M, Winchester Small Rifle Match, and Remington 7.5BR. Other Fireball shooters I have shot with rely on the WSR or CCI 400. This leads me to the conclusion that the cartridge is fairly agnostic when it comes to primer pick, so don’t be afraid to experiment.

For years, the only source available for Fireball cases was Remington, and those cartridge cases were quite good in my experience. Today, brass is available from Norma, Lapua and Nosler as well—and each of those brands are exceptional and will eliminate some of the prep work needed on Remington cases.

As far as handloading techniques go, the Fireball is straightforward, which is another attribute working in its favor. Other than the case being short, it requires very little special preparation. I have found that partial full-length sizing (basically setting my full-length sizing die an eighth of an inch or so above my shellholder when the ram is at full height) sizes most of the neck and makes the case easy to chamber. My original batch of cases is on its eleventh firing, leading me to the conclusion that brass life will be long and the cases are rugged and durable.

My brass prep process involves trimming the cases to the minimum length—which provides for many firings prior to re-trimming, flash hole de-burring (on Remington cases—unnecessary on Nosler, Lapua and Norma cases), primer pocket uniforming after the first firing—I have to clean the primer pockets anyway, so I perform this operation with the Hollands or Sinclair tool made specifically for this purpose, and then I finish with the aforementioned partial full length sizing.

In the field, the Fireball has impressed me for over 20 years. Most of my shooting with it has been on small varmints, but I have also occasionally packed it for coyote calling (where hide damage is minimal but terminal performance is maximal). On calm days, it’s a 250-yard (or more) small varmint cartridge. It’s surprisingly accurate at the bench. Both of the rifles I currently own will shoot 5/8 inch or smaller 5-shot groups consistently, and one is a true sub-half minute gun. Another attribute of the cartridge that becomes apparent on days where the shooting is fast and furious is the slow barrel heating that’s the result of burning sub 20-grain charges of powder. When your .223s are hot enough to char wood and brand cattle, the Fireball will still be chugging along, sending varmints to the big hayfield in the sky.

As you can probably tell, I am an unapologetic fan of the .221 Fireball. Accurate, affordable to shoot and possessing outsize terminal performance—what’s not to like?