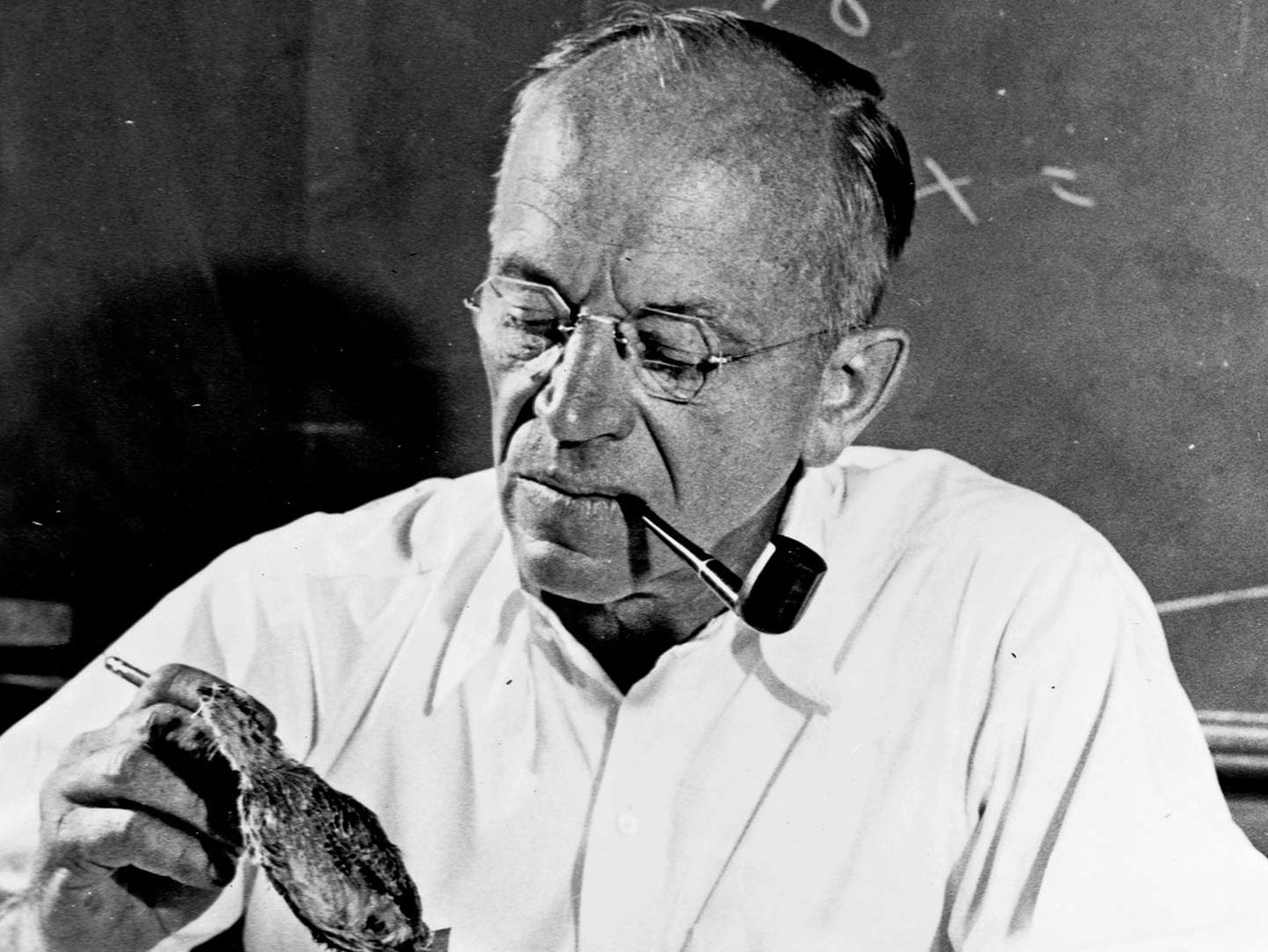 When Aldo Leopold wrote about land management a century ago, his intention wasn’t to grow bigger deer racks or design a “kill plot” under a treestand. Instead, it was to restore health and vitality to land that had been depleted by overgrazing, over­logging, overfarming, and underappreciation.

Best known for his collection of essays, published posthumously as A Sand County Almanac, Leopold was one of our first professional wildlife biologists. His classic book Game ­Management, published in 1933, laid the foundation for the discipline of scientific wildlife management. Published during the depths of the Great Depression, in it, Leopold asked his readers to mull the purpose of humans’ dominion over nature.

“The central thesis of game management is this,” Leopold wrote. “Game can be restored by the creative use of the same tools which have destroyed it—axe, plow, cow, fire, and gun.”

His was one of the first calls to invest in habitat, and to set aside and improve landscapes mainly for the use of wildlife. By ensuring that we have abundant water, healthy soils, and clean air, he stressed, we’ll also care for our human communities.

Read Next: Take a Holistic Approach to Habitat Management Projects

When we talk about managing land for wildlife these days, we’re more likely to borrow tactics and language from production agriculture. We plant specially formulated food-plot mixes. We spray to control weeds and pesky insects. We provide supplemental feed for wildlife, and we mow, plow, and thin to make the places we own or lease more habitable for the animals we intend to harvest there.

A lot has changed in a hundred years. The scale of agriculture is increasing exponentially. Climate change is altering vegetation and migration patterns. America’s human population has more than doubled in the last century. But Leopold’s toolbox, with a few tweaks and updates, is more relevant than ever.

In Leopold’s day, the ax represented indiscriminate logging of his beloved North Woods. But the ax can be a habitat tool to remove decadent vegetation and woody debris. When woodlands are opened with the ax and its cousins (chainsaw, brush hog, weed wacker), light enters ­

the canopy and promotes growth of early successional vegetation, including browse for deer, brood-rearing cover for birds, and plots for pollinators.

Leopold blamed homesteading—and the sod-busting that went with Westward expansion—­for the depletion of game habitat. But we can use the plow (as well as shovels, harrows, and bulldozers) to manipulate the land and vegetation to benefit wildlife. We can plant seed mixes that benefit many species. The plow also grows cereal grains that provide abundant food and cover for wildlife across North America.

Prairie-bird conservationists say, “What’s good for the herd is good for the bird.” They’re talking about the positive effect of livestock grazing on large expanses of bird habitat. While overgrazing can remove cover and cause erosion, limited grazing can supercharge habitat. Livestock that graze intensively and then move on reduce rank forage, improve soil permeability, and can often control invasive species.

Our continent was shaped by flame. Not only our forests, but rangelands, savannas, and sloughs were enhanced by periodic burns that removed dense thatch and promoted a mosaic of vegetation. Periodic fire can reduce dense “ladder” fuels that often create catastrophic blazes. Modern land managers judiciously apply fire to control invasive plants and to promote the growth of both annual and perennial plants.

depleted wildlife. But we now use guns as one of our leading wildlife-management tools. Regulated hunting keeps wildlife populations in balance with habitat, and allows licensed hunters to turn wildlife into food for their communities, and to convert healthy habitat into healthy meals.